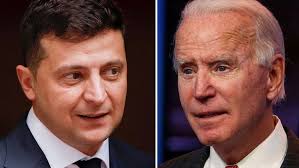 Volodymyr Zelenskiy’s interview, in which he publicly rebukes the United States for not doing enough to prevent the launch of Nord Stream 2 and demands a meeting with the American president on the eve of the U.S.-Russia summit, demonstrates contempt for diplomacy once again.

Ukrainians obviously would like the United States to impose an increasing number of sanctions on Nord Stream 2. And a conversation between the U.S. and Ukrainian presidents before the meeting with Vladimir Putin would be just the right thing. But when Volodymyr Zelinskiy says so publicly, it is an admission that the president has no other leverage over the U.S. administration and that Washington does not listen to his opinion. And, by the way, the reason is immediately presented; shady business with the change of Naftogaz management convinced the White House that Kyiv is all talk about the commitment to reform. There’s talk, but in fact, there is action in exactly the opposite direction. And the meeting with Zelenskiy is a signal that the U.S. agrees with going in this opposite direction. Thus, the meeting won’t take place, but not because the U.S. does not support Ukraine. The meeting won’t take place because the U.S. does not support the rejection of reform conducted by Zelenskiy and his entourage. In the civilized world, a man is not judged by his words, which the president of Ukraine likes to say and which make his supporters so happy. In the civilized world, a man is judged by his deeds.