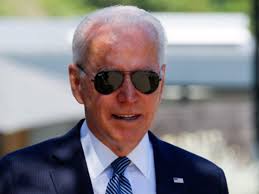 The U.S. president is traveling to Switzerland, where he will meet Vladimir Putin on Wednesday.

Last Tuesday, Joe Biden did not have to set the alarm to wake up early. After a NATO summit that was closed with some delay, the U.S. president was able to sleep in, as he had nothing on the agenda until the visit to the Royal Palace at 11:00. The Belgian Royal House welcomed Biden with all the usual pomp and circumstance, but the meeting was brief — just a simple protocol visit, lasting less than an hour.

This Tuesday, the U.S. president sought to restore relations to the status they held before Donald Trump arrived like a bull elephant breaking vases at a bazaar.

European people longed for this improvement, but to many governments the four years of the Trump administration was a mindset shift. If the U.S. policy toward Europe is not going to be a state policy, but depend on the political persuasion of the current occupant of the White House, Europeans must approach these relationships differently.

Beyond protocol, Biden’s visit to Von der Leyen and Michel served to renew an alliance that Trump had questioned. The joint communiqué, negotiated in recent days by Europeans and Americans, assures that Washington and Brussels are committed to “renew our trans-Atlantic partnership, set a Joint trans-Atlantic Agenda for the post-pandemic era, and commit to regular dialogue to take stock of progress.”

The meeting’s big announcement was the agreement to put on hold for five years — while a final agreement is being negotiated — the dispute of almost two decades of commercial conflict over subsidies to aircraft manufacturers Boeing and Airbus, a conflict which ended with crossed complaints before the World Trade Organization and which justified the imposition of tariffs.

The announcement is not the final peace in what is probably the biggest row between Washington and Brussels, but it is a long truce, which shows that with Biden the United States will not go for the imposition of tariffs immediately as it did with Trump, and that it will be well received in Chicago and in Toulouse, the company headquarters.

Those tariffs that are suspended for the following five years amount to 10.3 billion euros. Regarding steel and aluminum tariffs, there was no news, but there was a promise that a solution will be sought “before the end of the year.”

Biden repeated his “America is back,” adding that “perhaps we had never quite left” and that he has a “very different vision from my predecessor.”* Von der Leyen replied that “the last four years have not been easy.” The president of the European Commission highlighted that the visit to Brussels was Biden’s first trip abroad as president, which represented a change when compared to Barack Obama, who took six years to set foot in the “European capital.”

The EU and the U.S. pledged on Tuesday to “consult closely and cooperate in their respective and similar approaches to China, which includes elements of cooperation, competition and systemic rivalry.”

They also promised to coordinate positions toward China on human rights, the fight against the climate crisis and non-proliferation, as well as on regional issues that are very high on the list of international priorities for the U.S. and much lower for Europe.

American diplomacy was not thrilled by the fact that the European Union signed an investment protection agreement with China last December, which was supported mainly by Germany and France. The agreement, which was not ratified — the European Parliament refuses to do so — bothered Washington.

The communiqué also ensures that the European Union and the United States maintain a principled approach to Russia, and that the two partners are “are ready to respond decisively to its repeating pattern of negative behavior and harmful activities.”

Washington and Brussels will maintain an ongoing dialogue on relations with Russia. Nowhere in the communiqué is the controversial Nord Stream 2, the gas pipeline that will soon link Russia directly with Germany and that will allow Moscow to send gas to Germany without passing through the territory of countries such as Belarus, Ukraine or Poland.

On his next stop, Biden is on his way to Geneva, where he will meet Putin on Wednesday.