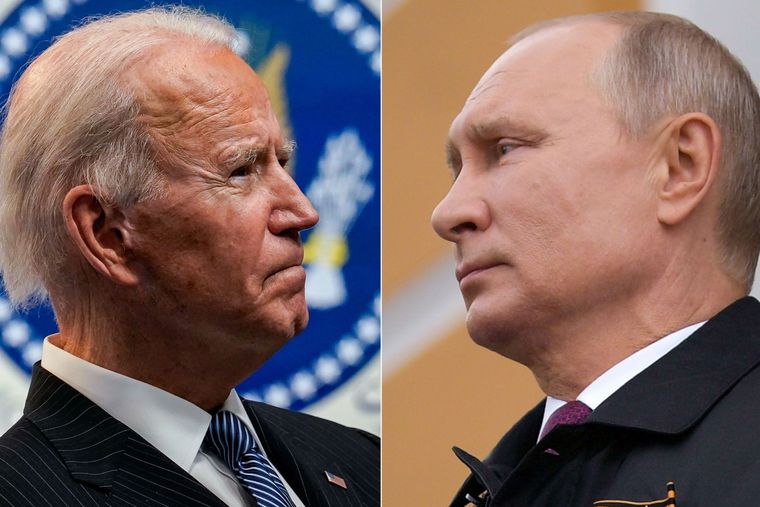 The Geneva summit ended in a predictable fashion: Vladimir Putin and Joe Biden spoke and listened to each other, both calling the talks constructive and positive. No significant agreements have been concluded — the ambassadors will return to work, an exchange of prisoners is possible and the presidents have agreed to start negotiations on arms control: “The U.S. and Russia will embark together on an integrated bilateral Strategic Stability Dialogue in the near future that will be deliberate and robust.”

Is that all? Yes, but no one seemed to expect more from the meeting. Or did they?

Nevertheless, there are unfulfilled expectations — and, judging by the press conferences of the two presidents, just from the American side. Questions from the overseas press left no doubt: The U.S. was counting on a change in the Russian policy. The Washington administration did not nurture such hopes. Still, they were present in public opinion, more precisely in the media that shapes it. They were evident in the questions that American journalists asked Putin that related mainly to Russia’s supposed “commitments” on cyberattacks, Ukraine and so on. Isn’t that absurd?

As Biden was walking off the stage after the press conference, turning away from the journalists, they shouted, questioning the president’s false promises that Putin would change his behavior. In contrast, the Russian president once again denied all accusations and stuck to his guns at the summit.

Biden was even forced to walk over to CNN’s Kaitlan Collins and respond, “I’m not confident he’ll change his behavior … What will change their behavior is if the rest of the world reacts to them and it diminishes their standing in the world.”

Where did these incomprehensible expectations come from? They are a consequence of the distorted picture of the world that lives in the heads of the American elite. It is distorted on two counts. First, the establishment believes that America continues to dictate the rules of the game. And secondly, during the struggle against Donald Trump, the political elite believed in its inventions about Russian interference in American affairs. It used this “interference” as a weapon against the unwanted president. Consequently, it is now waiting to punish Russia and hopes to induce a change in the country’s policy. What to do with this is absolutely incomprehensible — not to Putin, but Biden.

Biden himself initiated this meeting — mainly for domestic political reasons. He intended to demonstrate his difference from Trump, the ability to correct Trump’s “mistakes,” “failures” and “concessions.” Again, all invented because Trump’s disagreement with the “Russian puppet” narrative was presented in the U.S. as colluding with Russians. And Biden seemed to be well prepared for a conversation with “tough Vlad,” listening to his advisers. Even Hillary Clinton praised him:

“I think that the way that this has been stage-managed — a quick handshake, no photo spray that goes on and on where people can say things, getting in and out of the room, getting down to business, no joint press conference — those are really strong diplomatic signals about what it is we expect. We expect an open, straightforward conversation … Let’s talk about what we’re going to do going forward, Vladimir, because, clearly, we’ve sanctioned you, and if that doesn’t stop you […] you’re going to face even more serious consequences.”

So, at the press conference, Biden unsurprisingly said that as it turns out, Putin’s “credibility worldwide shrinks,” questioned what “it would be like if we engaged in activities that he is engaged in,” and, indeed, asserted that Russia is “not able to dictate what happens in the world. There are other nations of significant consequence.” Seemingly, however, neither should Russia control its internal affairs, also according to Biden’s assessment! Is that what constitutes a strong position of a mighty power? Is Biden imposing his agenda on Putin?

After all, Biden said that he told Putin that he would not keep faith with the American people if he did not defend human rights. Therefore the U.S. is justified in raising issues such as Aleksei Navalny’s case. And, answering a journalist’s question, Biden again repeated that Navalny’s death in prison would have “devastating” consequences for Russia. American journalists were very much interested also to hear Putin’s take on this topic. An aggressive approach?

On the contrary, obeying his advisers, Biden chose a completely senseless tactic: Talking to Putin about Navalny. Since Russia unequivocally views this as interference in its internal affairs, Biden’s sincere surprise at Putin believing in a potential “invasion” of Russia is ridiculous. Of course, it was not Biden who, 10 years ago, almost openly advised Putin not to return to the Kremlin. Likewise, sanctions against Russia are being introduced not to deter but as punishment for “wrong behavior.”

You cannot fool any sane Russian with such nonsense, not least Putin. And regarding Navalny, Putin gave an exhaustively accurate answer:

“What should be our take on this? I believe that clearly, we should be cautious about it.”

As such, it was pointless for Biden to discuss Navalny with Putin. As an instrument of pressure on Russia, this topic is useless, even counterproductive, if you want to achieve at least some kind of mutual understanding. This will not prompt any concessions from Moscow — but maybe the conversation about Navalny is beneficial to Biden from the perspective of domestic political considerations?

Not that either. Because Putin immediately returned the “favor,” recalling the protests and riots in the U.S. in answering questions from the American media. What happened with those who put forward political demands during the storming of the Capitol in January? Even though Trump in the U.S. has far more support than Navalny in Russia — which, by the way, is another confirmation of who of them is really an “agent of influence.”

So, in raising the topic of Navalny, Biden did not help himself in negotiations with Putin. On the contrary, he only made it easier for our president to realize his main objective: To understand better who Biden is. Putin saw that he was still facing the same person who, 10 years ago, told him about traditions of American democracy as a beneficial example for Russia. Putin saw a man of the past — in every sense of the word. This does not mean that there is nothing to talk to Biden about. Still, it means that his idea of American opportunities has remained at the outdated pre-Trump levels.

Putin said no new illusions emerged following the meeting: “I didn’t have any old illusions, let alone new ones. There have been no illusions whatsoever.” The two presidents did not warn each other about any red lines. Indeed, Putin rejected all complaints about the unpredictability of Russia: “In my mind, we are behaving appropriately, responding to the threats we face, but for the situation to be stable, we need, and agreed, to set the rules of contact across all areas.”

But how to negotiate those rules with Biden, who considers that only he has the right to establish such practices and dictate his will to others? We can only politely explain that Biden is wrong while continuing to stick to our guns and defend our interests in all possible ways. In that manner and with our participation, we bring even nearer the change to a new era already taking place before our eyes. A change that will force the former “casino owners” to accept a new balance of power and new rules of the world order.