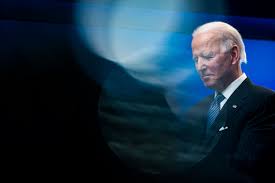 While reading over the weekend, I noticed that a certain number of publications had highlighted how Joe Biden’s popularity has held its own across polls and Republican attacks, which regularly seem to miss their target.

With the exception revealed by polling company Rasmussen, Joe Biden enjoys an approval rating of over 50%. Fox News gives him the most favorable margin, evidenced by a rating of 56%. After a long honeymoon, the 46th president proclaimed on July 4 that the sun was once again shining and that the United States was back.

However, Republicans aren’t sparing Biden and are multiplying their angles of attack. They call him a leftist extremist, they blame him for the rise of inflation and they continue to circulate the worst of rumors about his physical and mental health.

Of course, they can smile a little and imagine Biden as a leftist extremist, but few Americans believe it. Employment numbers seem to be giving many people confidence, and even if Biden is stingy about press conferences, the allegations concerning his health are not based on anything solid.

Even if he has managed to find a compromise with elected Republicans for his infrastructure plan, is that to say that the president is bulletproof and that he can rebuff all of their attacks? Absolutely not. Despite a generally healthier and more favorable climate, and even if his fellow citizens appreciate a return to normal in the White House, the administration is left open to criticism and there are real shortcomings.

Two principal failures that Republicans could exploit between now and the midterm elections in 2022 are the following: the rise in crime and the never-ending question of immigration on the southern border.

The media site The Hill reported yesterday that a Harvard CAPS/Harris Poll indicated that 64% of Americans believe that Biden should adopt stricter, firmer measures to stop the influx of immigrants. The poll preceded Kamala Harris’ border visit, but I doubt that her trip significantly influenced the results. Since February, immigration has constituted one of the weak points of the present administration.

The rise in crime is the other subject which could haunt Biden and the Democrats. Whether or not this rise started before the new administration came to power, the current resident of the White House will still be held to account. According to the same poll mentioned above, only 38% believe that the new president has done a good job on this front.

Not only will Biden have to convince his fellow citizens that the money recently committed will be enough to considerably reduce crime, but he will have to continue to distance himself from a faction of activists within his own party who continue to hope for the reduction of budgets for law enforcement, clearly expressed by the slogan “defund the police.”

Almost six months after taking the oath, President Biden should enjoy the economic recovery, the reduction in COVID-19 cases and the stable support of his fellow citizens. However, it would be wrong not to believe that there are dark clouds on the horizon. The situation is always precarious and his adversaries are escalating their attacks.