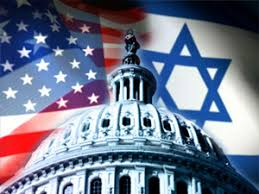 A decade ago I asked my readers to imagine an alternative existence in which Prime Minister Benjamin Netanyahu and the U.S. Republican leader in Congress change places. In this scenario, Netanyahu becomes the Republican leader, committed to a free market and a hawkish foreign policy, focused on the Israeli-American alliance, and engages in mutual support of the religious right and the populist movements.

It’s possible that if Benzion Netanyahu had not returned with his family to Israel in 1976, Benjamin Nitay would have run for Congress as a Republican, represented Pennsylvania in the Senate, and become speaker of the House and a member of the House Foreign Relations Committee, promoting the neoconservative, pro-Israeli side of the Republican administration, a job that he fulfilled successfully as the Israeli ambassador in Washington.

Younger Americans who are not particularly knowledgeable about what is happening in the MIddle East and follow what’s going on in Israel through the media, and through the spin and the language of Netanyahu and Michael Oren and Ron Dermer, the ambassadors Netanyahu sent to Washington, are likely to get the impression that we are talking about one of the states in America such as Utah, Louisiana or Mississippi, situated permanently in the electoral pocket of the Republicans. “Is Mr. Netanyahu the Republican governor of Israel?” asked an American student in a political science class that I teach.

The “Republicanization” of Israel under Netanyahu came to a peak when, under the support of the Republican majority, he gave a speech before Congress in 2015 and called for the lawmakers to oppose the Iran nuclear agreement that Democratic President Barack Obama had promoted. The election of Donald Trump and the brotherly love that grew between him and Bibi along with the pro-Israel policy of the Republican administration made it look like the Republican Party had become a branch of the Likud in Washington and vice versa.

According to this narrative, the Democratic Party became a threat to Israel, and the advancement of the Republican Party seemed to be in Israel’s interest. In the mirror image that the Democrats projected, Israel was portrayed as Trump’s ally and that of the American right. According to popular wisdom in Israel, the departure of Trump and Netanyahu from office and the change in the balance of power in Washington and Jerusalem have created an opportunity to repair the rift with the Democratic Party. All that needs to be done is to explain to the Democrats, and especially to the progressives among them, that Netanyahu and the right in Israel represent a political minority and that alternate Prime MInister Yair Lapid shares the liberal positions of the Democrats and is interested in working with President Joe Biden, a friend of Israel, to promote the shared interests of the two countries. We are not like Bibi, you are not like Trump. Let’s turn over a new leaf.

This sounds like a good plan, but it ignores political changes in Israel, in which the political right is not in retreat. After all, the current prime minister is a religious nationalist, and ignores political change in the U.S. where the pro-Israel old guard of the Democratic Party that Biden represents is giving way to left- leaning activists. The best case scenario is that they no longer see Israel as a partner. The worst case scenario is that they participate delegitimizing the Jewish state and its national movement.

To be fair to Netanyahu, the end of the romance with the American left and the distancing of the Democratic Party from Israel did not start during Netanyahu’s tenure, despite the fact that he hurried it along. He wasn’t even the first Israeli politician that interfered in American politics on the side of a Republican president. In 1972, after forces of the New Left , the ideological parents of Alexandria Ocasio-Cortez, took over the Democratic Party and sought out George McGovern as their candidate for president, the Israeli ambassador in Washington at that time, Yitzhak Rabin, said to whomever would listen that he hoped Republican President Richard Nixon would be elected to a second term. (And thus, Nixon and not McGovern was in the White House as Israel was attacked in 1973.)

You also can’t forget the growing conflict of interest between the U.S (interests unconnected to the Democratic Party) which is cutting itself off step by step from the Middle East, and Israel, whose leaders from right to left are having trouble adapting. In this new situation, as opposed to that of Netanyahu’s fantasies even under Trump, the U.S. is not prepared to go to war against Iran. And in contrast to the left’s fantasies, the U.S. is not preparing to devote time and effort to renewing the peace process.

So let’s imagine an alternate reality in which Nitzan Horowitz is elected prime minister, Pnina Tamano-Shata is named foreign minister, Ayman Odeh becomes the speaker of the Knesset, and the new left-leaning government announces it is ready to negotiate with the Palestinians about a two-state solution.

This could be the Israel that progressive Democratic activists have dreamed of working with, that is until it turns out that a gay prime minister, a Black (female) foreign minister and an Arab speaker of the Knesset are not a big deal. What about the Palestinian law of return, they would ask. What about the right of settlement?

With or without Netanyahu, Israel is a colonialist, racist country that has no right to exist as a Jewish state. So yes, it was easier to promote this narrative when Netanyahu and Trump were in office, but anyone who thinks that the Israeli-American love story will be revived under the current Democratic administration will be disappointed.

The author is a senior analyst in the Duco and Wikistrat geostrategic consulting firms.

*Editor’s note: The original text of this article is available through a paid subscription to Haaretz.

**Editor’s note: Making Aliyah refers to Jewish immigration to Israel according to Israel’s Law of Return.