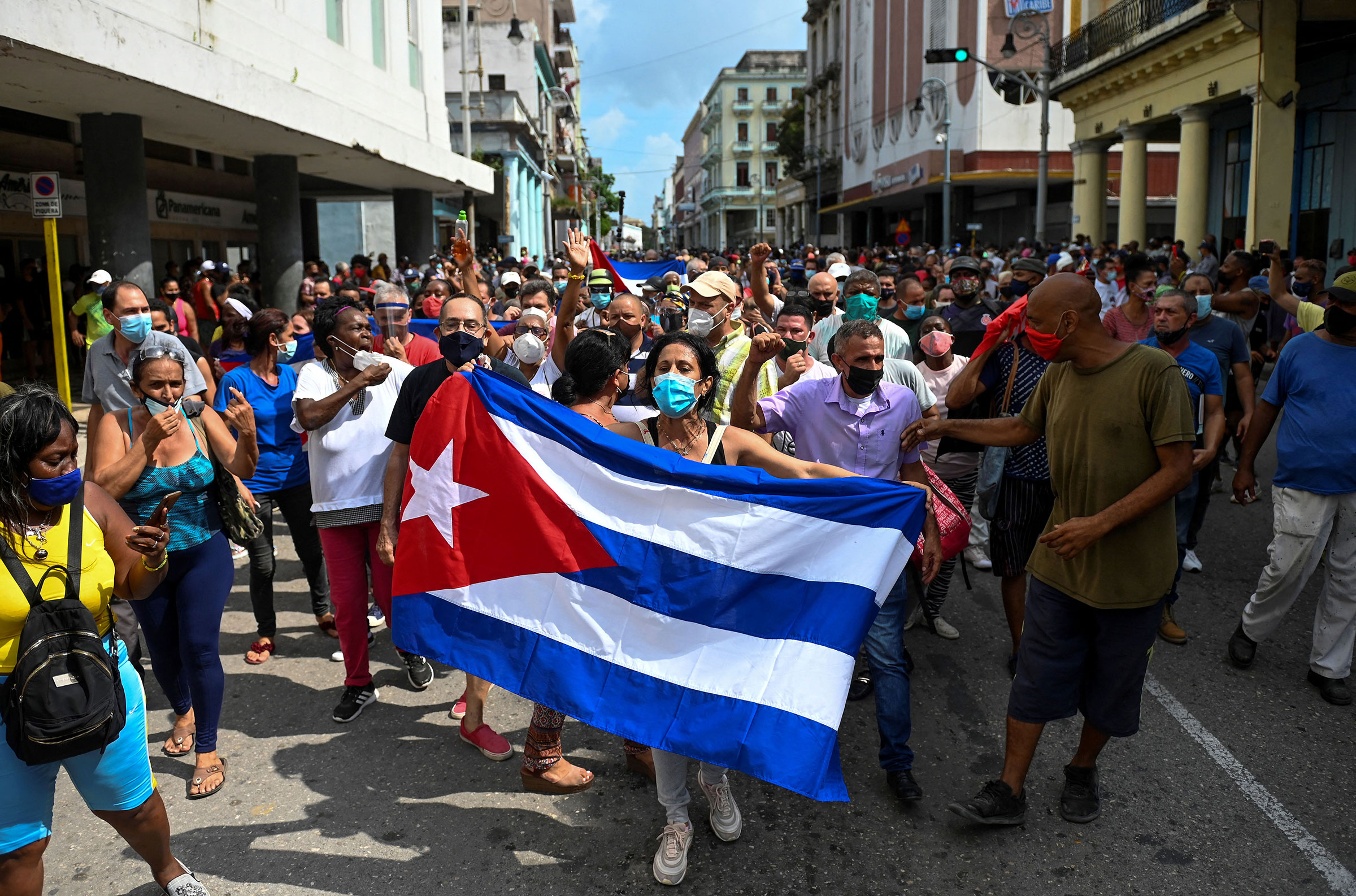 Starting in the middle of this month, large-scale demonstrations against the government have risen up in socialist Cuba, with thousands participating in city centers like the capital, Havana. In some cases, these protests have turned fatal. Between U.S. sanctions and the global spread of COVID-19, the flow of foreign currency and goods that comes with tourism has stagnated, bringing the economy to its lowest point since the fall of the Soviet Union in 1991. The discontent stemming from over half a century under the Communist Party’s oppressive rule has reached its limit. Meanwhile, the U.S. has been quick to point out that any coercion of protestors is a human rights violation.

After the passing of Fidel Castro, the hero of the Cuban Revolution, in 2016, his younger brother Raul succeeded him as first secretary of the Communist Party. This past April, though, he announced his retirement, leaving the leadership of Cuba to Miguel Díaz-Canel, whose power base remains shaky. If the situation in “America’s backyard” worsens, the increase of refugees and the displaced has the possibility of allowing China to spread its hegemony and gain a foothold in Central America and the Caribbean. The unrest in Cuba can’t be allowed to spread throughout the region. The U.N. and the wider international community must support Cuba with both its economy and the welfare of its people.

Though America and Cuba broke off diplomatic ties in 1961, Barack Obama restarted them in 2015, loosening economic sanctions. However, Donald Trump, who antagonized Obama, restored said sanctions to their previous levels. Last month, for the 29th year in a row, the U.N. voted in favor of requesting that the United States end its embargo on Cuba. The only two countries opposed to this motion were the U.S. and Israel.

As isolating Cuba has done little to democratize it, the Obama administration’s policy shift aimed to force change from inside instead of out, something Joe Biden, then vice president, must not forget.

Biden stated flatly that “Cuba is unfortunately a failed state and repressing their citizens,” but when taking into account the plight of said citizens, loosening trade restrictions must be given serious consideration. There are certainly issues for Cuba itself too, as it clings to one-party rule while its citizens suffer. Cuba must recognize that building good diplomatic and economic relations with America is invariably tied to its own stability.

During a tour of Central America and the Caribbean this month, Foreign Minister Toshimitsu Motegi spoke over the phone with his Cuban counterpart, Bruno Rodríguez Parrilla, stating, “We want you to listen to your peoples’ pleas,” requesting concrete efforts to improve conditions. Historically, Japan has maintained good relations with Cuba. This must be used to rein in this chaos.