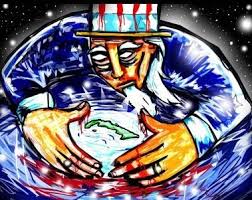 The United States is trying to ignore the existence of the economic, commercial and financial blockade it is imposing on Cuba. The blockade has caused more than $1.3 trillion in damages and has been condemned by the international community for three decades.

This is apparent from the latest statements by, among others, Joe Biden and his spokespersons — Luis Almagro, the Uruguayan head of the Organization of American States, and Chilean Michelle Bachelet, United Nations High Commissioner for Human Rights.

The intended concealment of the illegal and inhumane embargo of Cuba avoids even the use of the term “blockade” or its minor variant “embargo,” as if they had no relation at all to the present socioeconomic problems in Cuba.

For many diplomats, this attitude is also a mockery of the more than 180 governments that, year after year, have voted in the United Nations in favor of the need to put an end to the blockade imposed by the United States on Cuba.

In statements to Prensa Latina, Chilean journalist Rafael Urrejola, director of the Memory and Future Learning Center, identified the embargo, which has been condemned worldwide, as the primary cause of the island’s current difficulties. However, he warned that “neither the opinion of the rest of the world nor international law matters to the empire.”

Likewise, attorney Carlos Margotta, president of the Chilean Commission on Human Rights, emphasized that the blockade constitutes a crime of genocide, under the jurisdiction of the International Criminal Court, as provided for in the Rome Statute. However, Washington has never signed the statute.

If Washington had signed that document, recent U.S. presidents could have been sent to court, he added to Prensa Latina. The United States, Margotta added, has refused to initial and ratify the principal international human rights treaties coming from the U.N., precisely out of fear of being prosecuted for its actions, which constitute crimes.

To what is considered the longest-lasting and broadest-reaching system of regulations in history, Donald Trump’s Republican administration added 243 unilateral measures (55 in 2020 alone). Joe Biden’s Democratic administration has kept these measures intact, in spite of his campaign promises.

The stated objective of promoting social instability — and wearing the population down by hunger, shortages and needs — reaches all sectors of the economy, according to an official report presented to the U.N. General Assembly by Cuba in June.

To ignore its existence would be not only to fail to tell the truth, but also to insult a people who have not known any development paradigm other than that marked by the cruelest blockade against any country, the document emphasized.

The report covers the period from April to December 2020, with the COVID-19 pandemic in full swing, considered to be the period of greatest vulnerability for Cuba.

The report argues that the accumulated damages over almost six decades have risen to $147.8 billion, but that because of the depreciation of the dollar relative to gold on the international market, the blockade has caused quantifiable damages of more than $1.3 trillion.

Between April and December of 2020 alone, the document adds, it caused losses on the order of $3.5 billion, which rise to $9.1 billion if the period from April 2019 to December 2020 is considered.