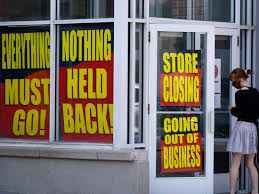 The latest jobs report has caused great unrest in the United States. Is this all just an anomaly? Or rather the beginning of the end of the economic boom?

An anomaly? A snapshot? Or rather the beginning of the end of the economic boom? Three days after the release of the latest U.S. jobs report, economists, policymakers and central bankers are still puzzling over what the numbers are trying to tell them and what conclusions they should draw. “The highly anticipated U.S. jobs report for August should make us feel sorry for those having to navigate through the flood of economic data,” wrote Mohamed el-Erian, chief economic adviser for Allianz insurance company, in his column for Bloomberg. This applies to analysts, but especially to the financial and monetary policymakers responsible.

The fact is, the number of those employed in the United States rose by just 235,000 in August compared to the previous month. Compared to June and July, when around 1 million additional workers were registered each month, this is a dramatic decline. Could the economic upswing that began after overcoming the pandemic recession already be over?

If that is indeed the case, it would be a problem in many respects for the government as well as the Federal Reserve. On the one hand, additional unemployment benefits, which Congress had approved due to the pandemic, entirely or partially ran out this Monday for almost 9 million citizens. Many of these people may suffer acute distress if they don’t find a new job soon. On the other hand, with regard to the recent, rapid increase in inflation, the Fed previously considered announcing a gradual exit from its stimulus program before the end of the month. Now that is also back on the table.

The fact that Joe Biden himself spoke immediately after the figures were released revealed how explosive the White House considers the jobs report to be — factually as well as politically. On the one hand, Biden pointed out that the U.S. economy created 750,000 jobs on average from June to August. That is indeed a high figure, but it conceals a recent dramatic slump. On the other hand, he deferred responsibility for the disappointing August numbers and blamed those who did not get vaccinated, people who are now infected and thus impeding economic progress. “This is a continuing pandemic of the unvaccinated,” Biden said. “And it’s creating a lot of unease in our economy and around our kitchen tables.”

Many Hospitals Are at Capacity Again

The delta variant of COVID-19 is indeed the primary reason why the economic recovery has sharply stagnated. In the past week, an average of 153,000 people per day were newly infected. In the South particularly, where the mostly Republican governors have long since lifted almost all restrictions, many hospitals are at capacity. The result is that even vaccinated people are once again refraining from eating out, going to the movies or boarding airplanes. Recently, the number of table reservations at restaurants was nearly 11% below the level it was in the summer of 2019, after the gap had previously been significantly smaller. Hotel occupancy rates in San Francisco were as much as 40% lower in mid-August.

Customer fears of infection are forcing restaurants, travel agencies, massage businesses and nail salons to significantly defer recruiting new employees, and even lay off workers. In the taxi and van business alone, for example, almost 8,000 jobs were lost in August.

At the same time, many businesses are still having problems finding employees because either unemployed people don’t fit the job profile, or applicants are refusing jobs in restaurants for fear of COVID-19. The pressure to raise wages has therefore continued to grow despite disappointing job numbers. At the same time, inflation rates are greater than 5% because many companies cannot produce what’s needed due to supply chain shortages, and some are making use of the situation to compensate losses by raising prices.

In the face of a possible wage-price spiral, economic experts, including Mohamed A. El-Erian, are already warning about stagflation, a toxic combination of economic lull and inflation, in which classic instruments don’t work and policymakers worry. That’s because the Fed would have to simultaneously raise and lower interest rates, and Congress would have to simultaneously put more money then less money into stimulus packages. The situation is exacerbated by the fact that the upswing in countries like Germany and China is stagnating and factors which drive new prices could come along, such as plant closures in Southeast Asia, a pandemic hotspot.

The Probability of Stagflation Is Low

It’s still only a rumor, and the probability that stagflation will reach the United States is rather low. However, the discussion also shows that the risks to the economy and to prices are obviously much greater than many detractors had recently claimed.

The Fed in particular is facing a dilemma. Almost every observer is in agreement that contrary to previous expectations, there will no an announcement by the Fed this September cutting back on previous stimulus measures. Instead, it is now expected that the Fed won’t begin to scale back its $120 billion in monthly securities purchases, which it uses to keep long-term interest rates low, until next year. However, it will be difficult if the price surge continues to speed up at the same time.

And there’s still another problem, which Joseph LaVorgna, U.S. chief economist for the French investment bank Natixis, has repeatedly pointed out. He argues that since the beginning of the pandemic, the Fed has influenced the economy not so much through the bond market, let alone through interest rates, but rather through stock prices. It buys securities, and spends billions for them, which investors largely invest in the stock market. The constantly rising prices in turn are causing even those with small savings to feel wealthier and consume heavily, at least temporarily. However, according to LaVorgna in Barron’s, this mechanism stupidly functions in the opposite way. If the Fed wants to move away from its zero interest policy at some point due to rising prices, a slump in the stock market and thus in consumption as well is almost inevitable. Concerns over such a development could mean that the Fed may never be able to normalize interest rates.