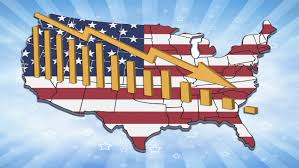 It has barely been several months since President Joe Biden took office last January. Yet, American discourse has clearly switched to a new “language” that appears to transcend recurrent events. The new language, which contains added dimension, is taking over with respect to a new global reality. Meanwhile, such language reflects a state of confusion as to the state of America’s world leadership at a time when the other leading superpowers of China and Russia seem more willing to deal with events. This reflects a new reality, in which pluralism appears to be dominating the international system instead of the unilateralism that prevailed in the past.

Perhaps the surprise that American officials express about every resounding event that the world witnesses no longer translates into handling crises efficiently any more but is just rhetoric. This reflects an implicit admission of confusion, which appeared, for example, in Afghanistan, after the Taliban took control. In fact, a number of U.S. officials, including Biden and Secretary of State Antony Blinken were shocked after the Taliban restored its power over the country within a few weeks. America expected that the ruling regime would be capable of surviving for months given that the Taliban had been rousted by Washington two decades ago during America’s war on terror launched in response to the 9/11 attacks.

America’s shock shows in official speeches. “I’ll be darned,” Biden said commenting on the progress made during recent elections in Germany by the Social Democratic Party.

The party achieved victory over the Christian Democratic Union led by outgoing Chancellor Angela Merkel. Biden reacted immediately after he learned that the SDP was beating his historic ally in Berlin. This is one of the signs that the era in which America declared its world leadership after World War II is at an end. During this period, America imposed democracy and capitalism on countries as a form of global constitution, and looked to the world to follow the United States and win the blessing of the “sons of Uncle Sam.”

Biden’s remarks about America’s failure to meet expectations may not be completely honest, especially if Washington played a role in what happened in one quarter or another. Hence, the failure of the U.S. administration to anticipate what happened is unacceptable, and shows an effort to justify behavior, something that is unusual in American discourse. The U.S has long justified its actions based on power, providing confidence to its allies while terrifying its enemies. Thus, American discourse has turned into implicit concession, or acknowledgment that America cannot keep pace with the new reality. The crises that the world witnesses today are more complex compared to the traditional conflicts that dominated the world nearly 80 years ago, in which America led through the Western camp during the Cold War, and independently took the lead in the post-Cold War world with the collapse of its Soviet rival.

American shock may be relatively new in terms of official discourse, but practical issues initially caused such shock, most notably the weak handling of the COVID-19 crisis. This was the beginning of the collapse of many fundamental concepts upon which American hegemony was based, especially democracy, and of America’s effectiveness in dealing with crises. Furthermore, there was huge doubt about the United States’ ability to face global crises and maintain international peace and security. America’s leadership is not limited to dealing with international conflict, but also extends to issues related to natural disasters and epidemics which are among the most threatening things for world peace. America was also unable to respond to the pandemic at home, and the dramatic increase in COVID-19 cases was unexpected. These factors led to the collapse, or at least, the decline, in how American leadership is perceived and led to a tendency by countries to rely on other powers that were able to contain the crisis at home and who also rushed to provide aid to others.

Here, changing the tone of American discourse, which has always been one of surprise, was a natural result of the new international reality in which so much veered out of control. This situation first arose inside America with Donald Trump’s rise to power in 2016. Trumps’ election defied expectations that favored his opponent, Hillary Clinton. It also showed general confusion among Americans. In fact, American confusion is not limited to events happening outside America. Instead, there is confusion about domestic events, such as the great division within political factions, whether in the major political parties or on the street, where there were unprecedented and unexpected demonstrations after Trump’s loss was declared. Demonstrators even attacked the Capitol and Congress.

It seems that the scope of America’s expectations, or rather its imagination, has become a real dilemma, surpassed even by reality. While we can’t see this clearly in an American policy that displays confusion and weakened leadership, it was evident in Washington’s latest official statements, which reflect the global reality we face in the coming years.