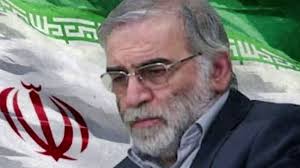 Thwarting the Iranian plan to attack Israeli businessmen in Cyprus is another success by the Israeli Mossad in interdicting Iranian international terrorist operations. The assessment by security officials in Israel is that Supreme Leader Ayatollah Ali Khamenei is determined to avenge the deaths of Gen. Qassem Soleimani and nuclear scientist Mohsen Fakhrizadeh.

Iran is trying to obscure the fact that it is behind the plan to assassinate Israeli businessmen in Cyprus. The lawyer for the Azeri suspect who was arrested in Cyprus succeeded in spinning the arrest to cast doubt on the Israeli version, but the Mossad is adamant that it interdicted an Iranian terrorist operation. Cypriot intelligence, which maintains close relations with the Israeli Mossad, has the full details of the affair.

As the investigation by Cypriot police into plans to assassinate Israeli businessmen in Nicosia moves forward, there is growing belief that Iranian intelligence stands behind the planning and is seeking to exact revenge in the run-up to the anniversary of the assassination of the father of the Iranian nuclear program, Mohsen Fakhrizadeh, on Nov. 27, 2020, an attack attributed to the Israeli Mossad.

Cypriot police are holding a 39-year-old Azeri suspect who was arrested with a handgun, a silencer and false identity papers. The police also located photos taken by security cameras showing the suspect conducting surveillance and preparation for an attack. Three other suspects who were part of the alleged assassination ring successfully fled Cyprus, but their identities are known to Cypriot intelligence.

Information for Cypriot authorities about the planned attack in Cyprus was passed on by Mossad. In contrast to reports in some media, there is no connection between the arrest of the Iranian terrorist and Israeli billionaire Teddy Sagi, who lives in Cyprus . He was not the one in Iran’s crosshairs.

The prime minister’s office released an official statement citing security officials saying that the terrorist incident was directed by Iran against Israeli businessmen living in Cyprus. The statement emphasized that “this is not a criminal incident and businessman Teddy Sagi was not the target of the attack.” Minister of Defense and Deputy Prime Minister Benny Gantz said, “This is an attack operation against Israeli targets that was foiled.” The Iranian Embassy in Cyprus denied Israeli accusations concerning Iran’s involvement in the assassination plot, and called them “baseless.”

According to security source estimates, Unit 840 of the Islamic Revolutionary Guard Corps’ Quds Force, led by Gen. Esmail Ghaani, successor to Soleimani who was assassinated by the U.S. Army in Baghdad, stands behind the attempted terrorist attack in Cyprus. The use of mercenaries is typically how Iranian intelligence covers its tracks and successfully conducts attacks in countries where security elements track Iranian citizens. Unit 840 is responsible for setting up terrorist infrastructures outside Iran against Western targets and against Iranian opposition figures.

Cyprus is a large espionage base for a number of Middle East intelligence services, including Iran and Israel. Unit 840 of Quds Force recruits and trains operatives from foreign militias made up of Pakistanis, Iraqis, Azeris and Turks. They undergo operational training in Iraq, Syria and Lebanon, and are even occasionally dispatched to Jordan, Turkey and Cyprus in order to attack Israeli targets. Yazdan Mir, also known as Sardar Bagheri. heads the unit.

According to Western intelligence, an attempt to assassinate Israeli citizens living in Bogota, Colombia was foiled in August. Two Israeli businessmen were flown back to Israel with their families after it became clear they were being tracked by an Iranian agent. The agent was arrested by Colombian officials and brought to justice. His name is Rahmat Asadi, a 40-year-old Iranian intelligence agent who was wanted by Interpol for taking part in murdering an Iranian of British extraction in Dubai in 2014.

In November 2020, the Israeli Defense Force revealed that the Syrian branch of Quds Force Unit 840 conducted a series of attacks in East Africa against Israeli, U.S. and United Arab Emirates Embassies to avenge the deaths of Fakhrizadeh and Gen. Soleimani.

Ethiopian officials arrested 15 people who planned to attack the U.A.E. Embassy in Addis Ababa. Those arrested had explosives, false documentation and weapons, and they planned to conduct attacks against people and property. However, Iranian intelligence in India successfully conducted a small terrorist attack last January on the Israeli Embassy in New Delhi. A small explosive charge exploded near the embassy building damaging some vehicles, but there were no casualties.

Foiling the attempted Iranian attack in Cyprus is another success for Mossad in the battle of minds it is conducting with Iranian intelligence. Foiling the attack shows that the Iranian intelligence apparatus has been infiltrated and breached, something even the Iranians acknowledge. Successful operations by Mossad inside Iran against the Iranian nuclear project is decisive proof of this. Iranian security is engaged in an internal battle and is investing its resources in anti-Mossad espionage activity.

However, Iran is not giving up. It is determined to avenge the assassinations of Soleimani and Fakhrizadeh, obeying the decision by Supreme Leader Ayatollah Khamenei who also personally authorized the plans by Iranian intelligence for international assassinations. The assessment by Israeli security is that Iran will continue to seek revenge against Israeli and American targets. The supreme leader is determined to restore honor to Iran even if this takes a long time. The new president, Ebrahim Raisi, does Khamenei’s bidding, therefore, Iran’s international terrorist operations are expected to continue.