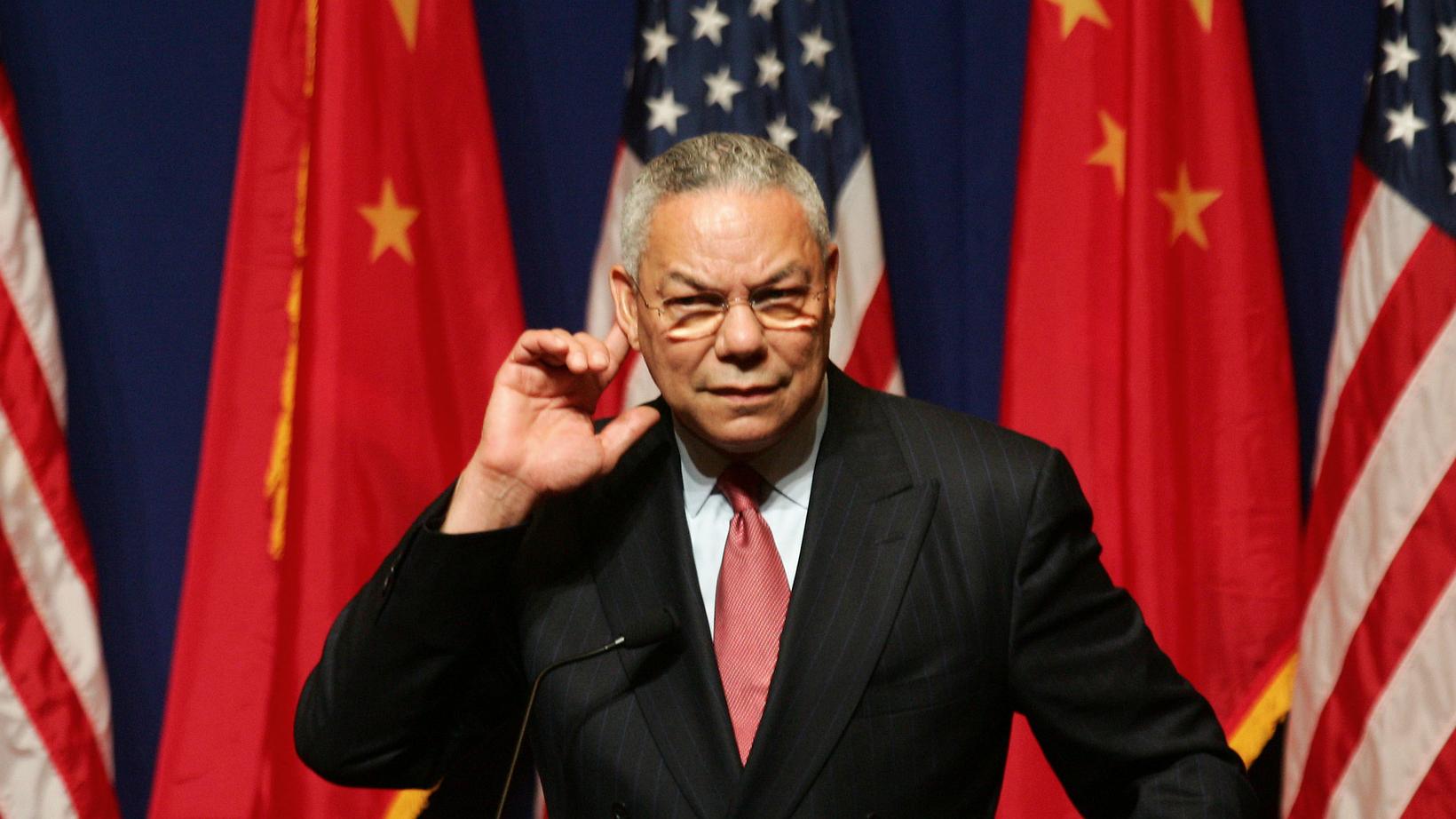 Colin Powell was the first Black U.S. secretary of state. He sold the world a lie about the invasion of Iraq. In doing so, the ex-general was more of a pragmatist than an ideologue.

Colin Powell never hid from his career’s greatest failure. It would not have fit the man who shaped the Powell Doctrine. He himself did not come up with the title, the media did. It was a strategy that Powell described as early as 1995 in his autobiography, “My American Journey,” after the end of his military service and before his term as secretary of state under George W. Bush, a position that would shape his career more than his achievements as a soldier and a general.

“War should be the politics of last resort. And when we go to war, we should have a purpose that our people understand and support; we should mobilize the country’s resources to fulfill that mission and then go in to win,” he said.

Mission accomplished. Powell always acted with a pragmatism that many career soldiers probably have when a command structure is not an ambiguous idea but a concept to be strictly followed. And for President Bush in his war on terror, the mission after the 9/11 terror attacks quickly became not just the hunt for Osama bin Laden and al-Qaida, but also the invasion of Iraq. And so his secretary of state became the administration member who would convince the public and the world about the need for this objective. On Feb. 5, 2003, to justify an invasion of Iraq, Powell presented purported evidence to the U.N. Security Council that Iraq possessed weapons of mass destruction.

“My colleagues, every statement I make today is backed up by sources, solid sources. These are not assertions. What we’re giving you are facts and conclusions based on solid intelligence,” Powell said in the presentation which took more an an hour, and which was filled with a variety of aerial photographs showing, for example, bulldozers and freshly leveled topsoil at a chemical plant.

Powell became the face of an invasion supported by a “coalition of the willing” the United States said was covered by U.N. Resolution 1441, which called on Iraq to meet its disarmament obligations. However, the government failed to provide admissible evidence of such weapons of mass destruction. Powell’s statements to the U.N. were false.

Powell became the face of a lie that had consequences for the entire region and the reputation of the United States in the world. “I swayed public opinion, there’s no question about it,” Powell said in an interview with Larry King on CNN in 2010. He believed he had made a decisive difference. “And that’s what the president wanted me to do and what I was supposed to do.” Mission accomplished. However, it’s a mission that Powell later regretted. He didn’t say that just to King, but in countless interviews. There was no hiding. In an ABC interview with Barbara Walters, he said it was a “blot” on his career and that “it was painful. It’s painful now.”

Born in 1937 to a Jamaican immigrant, Powell attended public schools in the Bronx and studied geology at the City University of New York. He subsequently began his long military career, and his distinctions are many. The four-star general and Vietnam veteran received the Purple Heart and the Presidential Medal of Freedom, the highest civilian award in the United States. Powell received them twice, from Bush and Bill Clinton.

A Pioneer with a Life Story of Advancement

He was not just the country’s first Black secretary of state, but also the first Black national security advisor under Ronald Reagan, and Bush appointed him chairman of the Joint Chiefs of Staff. A pioneer in the best sense and a life story Americans couldn’t love more; one that tells of advancement and success.

His greatest failure was not his responsibility alone. There are said to have been many voices in the Bush administration that influenced the president; his vice president, Dick Cheney, and his secretary of defense, Donald Rumsfeld, were among the most powerful, especially with regard to invading Iraq. After 35 years in the U.S. military, Powell was not the ideologue in the Bush administration, he was more of a moderate Republican. In fact, in the ’90s, both the Republicans and the Democrats courted Powell as a possible presidential candidate. However, he decided against running and only returned to the White House as Bush’s secretary of state. To this day, researchers have been obsessed with the question of how much Powell really knew about the lies. In the King interview, Powell said he relied on information from the intelligence agencies.

After his first term as secretary of state in the Bush Cabinet, Powell left government and observed the consequences of the wars in Afghanistan and Iraq from a distance. In the public’s eye, Powell remained tied to the lie he told the U.N., which misrepresents his career.

After he left politics, Powell was active as an adviser, lectured and founded a nongovernmental organization for disadvantaged children. His relationship with the party that he served in the White House changed. In 2008, he spoke out against Republican presidential candidate John McCain and endorsed Barack Obama, calling Obama a leading figure with the intellectual strength to break boundaries.

Powell’s parting with the conservative party began with the rise of Donald Trump. Powell promoted Hillary Clinton for president and became one of the more prominent conservative Trump critics. After the storming of the Capitol on Jan. 6, he told CNN that Trump should resign. He considered possible impeachment proceedings too time-consuming. “He should be totally ashamed of himself,” Powell said. He himself no longer felt like a fellow Republican. It wasn’t his mission anymore.

About Michael Stehle 36 Articles
I am a recent graduate of the University of Maryland with a BA in Linguistics and Germanic Studies. I have a love for language and I find translation to be both an engaging activity as well as an important process for connecting the world.