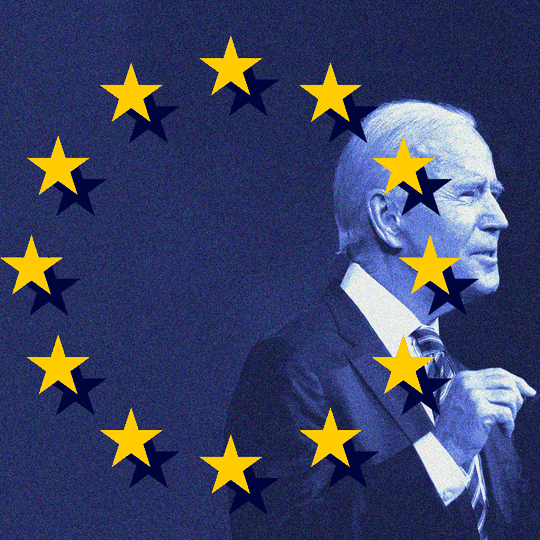 The United States and Europe have been natural allies for a long time, driven by common values. However, several recent incidents show that the dynamic remains unstable. Strengthening it could be beneficial on both sides of the Atlantic.

There has always been a misunderstanding between the world’s leading power and the European Union, a supranational entity. When trans-Atlantic relations seem to be stabilizing or even gaining strength, they fall back into their old ways: a withdrawal from Afghanistan without consulting the Europeans; the AUKUS agreement between the United States, Australia and the United Kingdom signed behind France’s back; or the incredibly late lifting of the U.S. travel ban imposed on Europeans due to COVID-19.

Today, Joe Biden, whose infrastructure plans would bring the United States closer to Europe’s social-democratic model, is considered across the Atlantic as one of the most trans-Atlantic presidents in a long time. But his actions to date haven’t lived up to this reputation. Should we therefore be concerned about the love-hate relationship that persists on both sides of the ocean? Is NATO, one of the strongest features of this relationship, brain-dead, or has Emmanuel Macron been misinterpreted?

One thing is clear: Europeans’ expectations of the United States are often excessive. With the exception of Donald Trump, who had genuine contempt for the EU, in particular for Angela Merkel’s Germany, most of the leaders in the Oval Office sooner or later disappoint the Europeans. The reason? Democratic Europe seems less of a strategic priority for the United States.

Given the disruptions in global geopolitics, however, it is wrong for Washington to take its relationship with Europe for granted. The trans-Atlantic arena shares values that underpin liberal democracies, however imperfect they may be. By acting in tandem with Brussels in dealing with China, America would have everything to gain: It would benefit from strong support in crucial areas such as regulation and new technologies. With Brussels as moderator, it would avoid getting trapped in a battle of civilizations with Beijing that could be damaging to the entire planet.

As Russia makes every effort to divide the EU, a strong trans-Atlantic partnership would carry more weight in facing that threat. But the EU, weakened by Brexit and endless disputes with Poland and Hungary, is far from speaking with one voice on this issue.

It would be wrong to believe that the trans-Atlantic relationship is self-evident. Automatism is dangerous in that it invites stasis. This relationship must reinvent itself, and be much more ambitious. The inaugural meeting of the joint Trade and Technology Council in Pittsburgh at the end of September was a first step in the right direction. In terms of investment and economic activity, the trans-Atlantic arena remains very dynamic. This is a strength that should be exploited to assert multilateral leadership on climate issues, the reform of the World Trade Organization, and even the regulation of artificial intelligence. The values the EU claims to uphold are at stake.

And what about Switzerland? It is not counting too much on the trans-Atlantic partnership. It promises to buy American F-35 aircraft, but remains on the outs with Brussels.