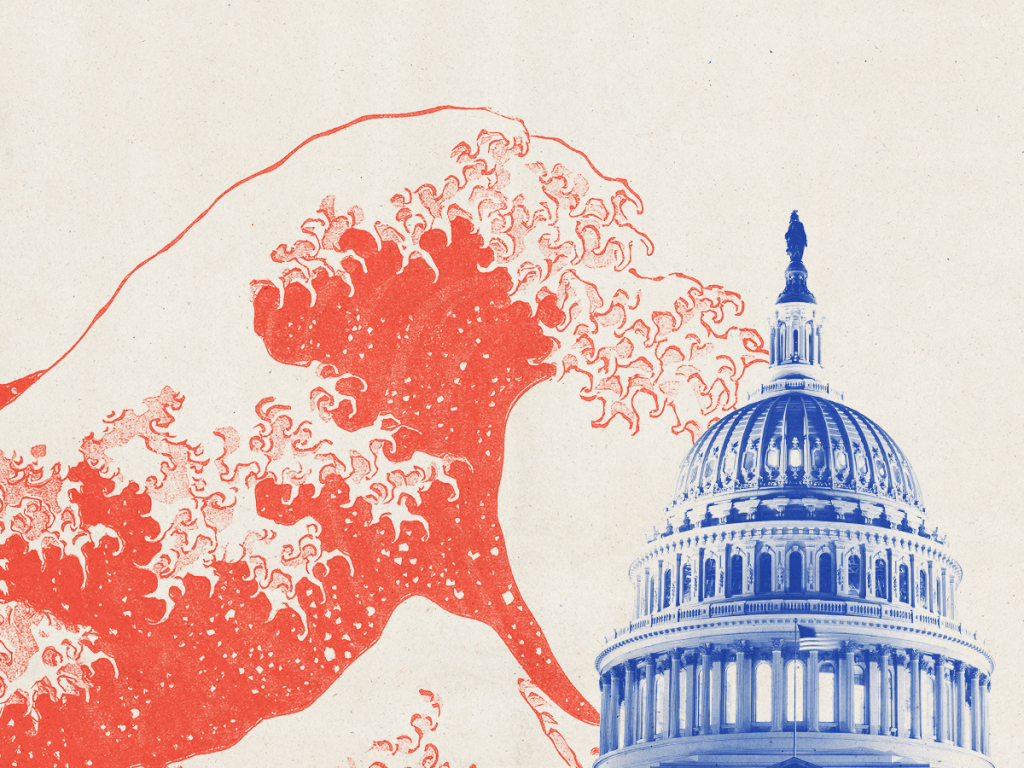 The catastrophic results for the Democrats in two key elections in New Jersey and Virginia reveal one thing: Joe Biden’s presidency is headed downhill.

On Oct. 28, the president of the United States addressed the elected members of his party in clear terms: “[M]y presidency will be determined by what happens in the next week,” alluding to the elections in the states of Virginia and New Jersey, which were held Tuesday.

One week later, the verdict is just as clear: Joe Biden’s presidency is in danger. And short of a major turnaround over the next few months, his party is on its way to the slaughterhouse in the midterm elections in November 2022.

The first observation made by the whole media class in light of the results in Virginia is that this Republican win (50.9% for Glenn Youngkin versus 48.4% for Democrat Terry McAuliffe) is a particularly tough blow to the president’s party. Having elected only one Republican candidate to a post in over a decade, Virginia has indeed just given the positions of governor, lieutenant governor and attorney general (all elected individually) to the Republicans, on top of giving them control of the state legislature.

Particularly impressive, and worrying for the Democrats, the Republican candidate elected as governor, Youngkin, succeeded in inciting the “Trumpists” to vote in huge numbers, notably in the working-class regions in the southwestern part of the state … all while erasing previous Republican losses during the Donald Trump era in Washington suburbs in the northern part of the state. In other words, he managed to bridge the gap: keeping the Trump base on his side without alienating the key voters who had been rejected by the Republican ex-president.

The Youngkin campaign offers in that sense a strategic plan for the Republicans on a national scale in anticipation of November 2022.

Yet, however disastrous his victory may be for the Democrats, this is not even what set off the biggest alarm at the White House. Rather, it was the race a few hundred miles to the north, ironically won by the Democrats.

The Alarm in New Jersey

Last week, this blog wrote that the first thing to keep an eye on, in anticipation of the upcoming elections, was the Democrats’ margin. To what extent has it diminished since Biden’s victory last year?

If New Jersey serves as a guide, the answer is inarguable: The margin literally vanished. To such an extent that in this state Biden won by a margin of 16 points against his rival, Trump, the outgoing Democratic governor, who himself was elected by a margin of 17 points four years ago, found himself once again neck and neck with his Republican adversary. The day after the vote, with 90% of the ballots counted, the race was so tight that no official prediction had been made.* Just a few thousand votes separated the two candidates.

Even more signs still more worrying for the White House can be found in this catastrophic result. The bulk of New Jersey is composed of two large suburbs: the New York one, in the north, and the Philadelphia one, in the south. This Tuesday, it was in the suburbs that the Democratic vote crashed.

A quartet of counties illustrate the situation: those of Burlington and Gloucester, near Philadelphia, as well as those of Passaic and Bergen (the most populous of the 21 counties in the state), near New York. The story is identical on both ends.

These suburbs, pressed against two of the most deeply Democratic cities in the country, have served as shields for the party for years. This time, these shields have disappeared.

And this collapse has many implications.

Because it occurred despite a Republican candidate who, unlike Virginia’s Youngkin, who has real political talent, is nothing special. During the evening of the vote, the hosts of numerous American networks had difficulty simply in saying his name, Jack Ciattarelli, because he had barely even been talked about during his campaign.

Therefore, this collapse of the Democratic vote leads one to believe that the Republican sweep in Virginia is not a product of local phenomena: There are some major winds blowing across the nation and against the president’s party.

If the results of this week recur in a year, the Democrats will not be expecting a defeat, but a purge.

*Editor’s Note: On Nov. 3, the Associated Press called the New Jersey race for the Democrat, Phil Murphy. As of the date of publication, the Republican has yet to concede.

About Peyton Reynolds 40 Articles
I am a recent graduate from the University of Nebraska-Lincoln and an aspiring French translator who enjoys endless amounts of black coffee, good books, and hiking.