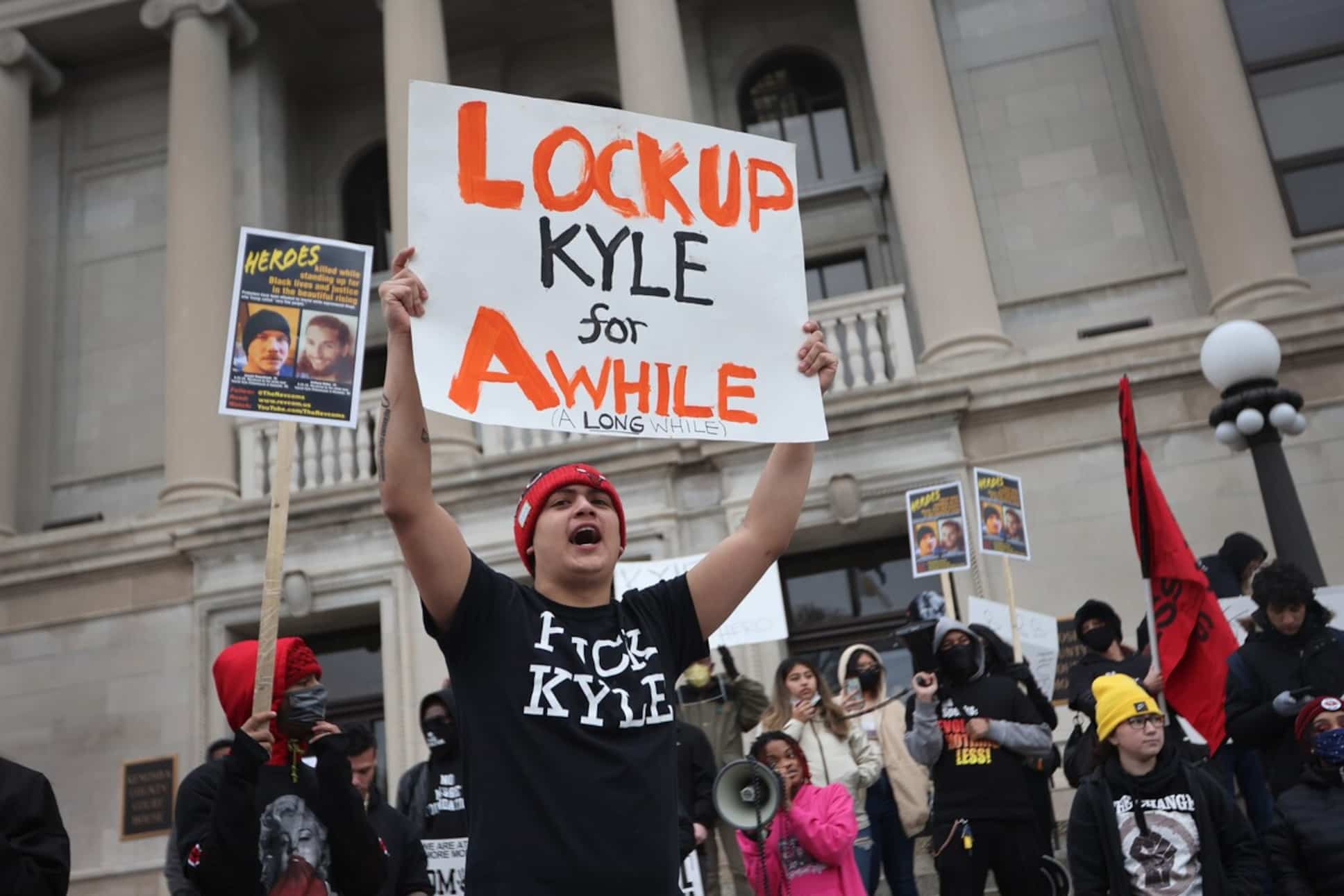 I can’t say exactly how many times I have made it clear in this blog that I am passionate about the United States and that I am attached to this powerful but controversial neighbor. This morning, I feel the need to say it again.

Why, you are perhaps tempted to ask? Because the United States has demonstrated throughout its long history that it is capable of the best and the worst. Today I have chosen to talk to you about what I consider to be the worst.

Two trials are currently getting wide media coverage, the trials of Kyle Rittenhouse and Ahmaud Arbery.* Rittenhouse is the young man who, in 2020, left his town in Illinois armed with an AR-15, he said, to ensure the security of buildings vandalized by protesters associated with Black Lives Matter in Kenosha, Wisconsin. Rittenhouse was 17 years old at the time; the weapon he used to kill and injure three people did not belong to him.

Arbery was a 25-year-old Black man who was shot dead while jogging by Travis McMichael, who is white. McMichael and his father were sitting on their porch when they saw a Black man run by. Thinking he was a neighborhood thief, they jumped in their pickup truck, armed with weapons.

Shortly afterward, a neighbor, William Bryan, joined in pursuit, and filmed the sequence of events. When Arbery refused to cooperate with the McMichaels when they caught up with him, they blocked the road with their truck. McMichael got out of the vehicle and confronted the young Black man with his gun. When Arbery tried to grab the weapon, McMichael opened fire and shot Arbery three times. Arbery tried to run one last time, but collapsed.

It is really difficult for you and me to predict how these trials will end.* No matter how interesting the evidence is and how interesting the prosecution and defense cases are, I can’t say what will happen to Rittenhouse* and the two McMichaels, but I am certain about one thing: The outcome of the two trials will outrage part of the country.

The two events occurred hundreds of miles from each other and are really difficult to connect. There is certainly no connection between the people involved. Nevertheless, I can see two major similarities between the cases. In both instances, you cannot dismiss the nagging question of race relations and Americans’ relationship with guns.

After so many years studying, teaching and commenting on American history, I still find myself amazed to see the same actions producing the same kind of events without any attention to what seems to me to be the underlying causes. Sometimes we define insanity as a lack of judgment or reason, but it is also defined as doing the same thing repeatedly and hoping for a different result.

If you are interested in these two cases, you may have already chosen sides. You may be for or against the protesters and the rioters who were in Kenosha protesting police violence after law enforcement opened fire on Jacob Blake. Perhaps you support those who, like Rittenhouse, take up arms to prevent the destruction of private property. Perhaps you equally support the McMichaels, who believed they were doing the community a service by arresting a thug.

For my part, I am worried regardless of what the juries decide. I am worried because it does not seem healthy that federal or state law allows a young 17-year-old man to walk around freely with a semi-automatic weapon. I am worried when two armed men play vigilante and assume a role that belongs to law enforcement.

In both of these cases, I feel like I am watching one of those bad American movies, or the “Avengers” films so popular everywhere, where it’s the same plot we’ve seen hundreds of times. In the face of what may be considered blatant injustice, there is no better way to deal with matters other than to take justice into our own hands. Although screenwriters and directors of movies like the ones I’ve mentioned are clear about who the “bad guy” is, reality offers greater nuance.

The issues of race relations and gun control intersect too often. In either case, we don’t do enough to keep matters from escalating. It sometimes feel that people have given up, or worse, encourage escalation in the matter of racial conflict and firearms.

Given the particularly tenuous political climate and the fact that certain politicians themselves encourage the use of violence, as we saw on Jan. 6., I am worried for the stability of the United States.

No matter which side you favor in the two trials, don’t rejoice too quickly if your side prevails. Keep an eye on reaction of the different camps. Whether there is an increase in protests on behalf of the Black Lives Matter movement or an increase in the number of demonstrations supporting those mostly white improvised vigilante groups, I think first about the chaos.

I think about chaos and how leaders react. What will the mayors, governors and elected members of Congress do? Who will reach out a hand to their adversaries to calm things down? Will we finally acknowledge the facts and confront reality? I fear the answers to these questions because the first victim of the current polarization is reason. Regarding the question of race and firearms, our friends and neighbors have lost their reason.

*Editor’s Note: A jury found Rittenhouse not guilty of all charges on Friday, Nov. 19.