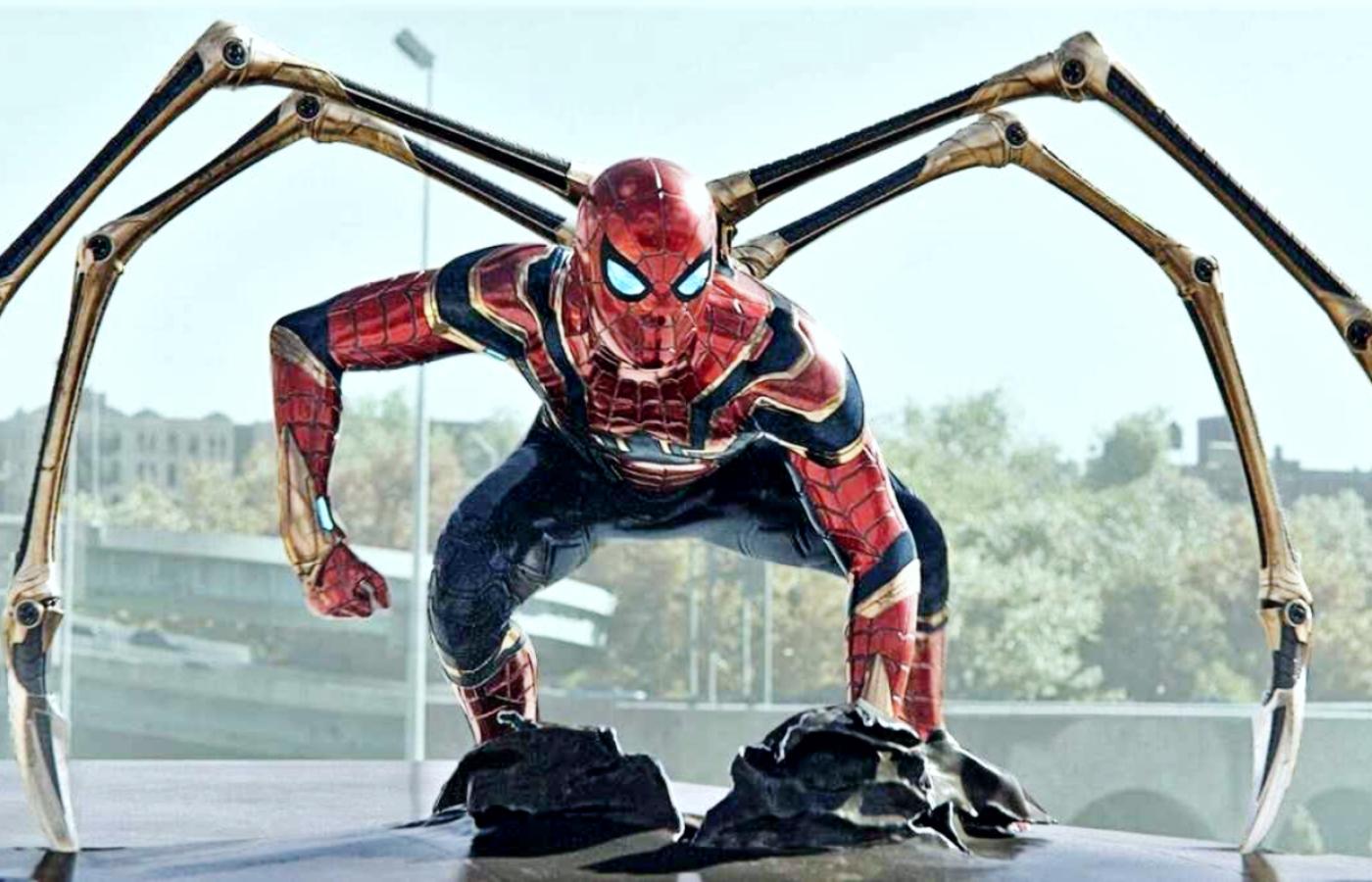 In comic books and movies, Spider-Man has repeatedly saved New York and the whole world from evil. This year, he also saved the American box office.

“James Bond” couldn’t do it, nor could “Fast and Furious 9” or “Dune,” but finally, Spider-Man climbed to the top. “Spider-Man: No Way Home,” the latest installment of the blockbuster Marvel Cinematic Universe franchise, is the first movie since the outbreak of the pandemic to break the barrier of a billion dollars of global influence breaking several smaller financial records at the same time. (The last film to do so was “Star Wars: The Rise of Skywalker,” which hit the screens in 2019.)

In the days of the COVID pandemic, this is quite an achievement. Even the greatest Hollywood hits could barely recover production costs. Some movies went directly to streaming services; others had simultaneous theatre and video-on-demand premieres. Some of the potential hits such as “Top Gun: Maverick,” the sequel to the cult hit from the 1980s starring Tom Cruise, were postponed a year.

The success of the new Spider-Man movie has given the great American studios a chance to rebuild. It has been slow and uncertain (the rapidly spreading omicron variant has produced restrictions and the return of lockdowns return in many countries, so cinemas are also closing), but has allowed us to look to the future, perhaps not with optimism, but with hope. It is also a symbolic triumph. Last year turned out to be a financial catastrophe for Hollywood. It was sealed by the domination of Asian cinema at the global box office. The Japanese animated film, “Demon Slayer: Mugen Train,” was in first place (grossing an unimpressive global revenue of $500 million); second and third place belonged to Chinese blockbusters, with as many as six films from Asia in the top 10 highest grossing films of the year. The situation was unprecedented, although recently it did not seem likely that this would happen again this year.

Before “Spider-Man” was released, the highest grossing film was “The Battle of Lake Changjin,” a propaganda battle movie about the victory of Chinese soldiers over the Americans in the Korean War, which grossed $900 million. The film was made by leading Chinese directors (Chen Kaige, Tsui Hark, and Dante Lam), and it managed to go down as the most expensive production in the history of the Middle Kingdom and the most profitable non-English language film, although it was not a sensation outside the Asian market. And when it seemed that Asian films would reign in the box office for the second year in a row, “Spider-Man” came to the rescue. (In second place was the Chinese comedy, “Hi, Mom,” with a revenue of $841 million; third place went to the new James Bond film, “No Time To Die,” with a revenue of $774 million.)

Surprising? Yes and no. Movies from the Marvel Cinematic Universe series, of which the “Spider-Man” franchise is a part — are very popular. Together, they have earned nearly $25 billion worldwide. “No Way Home” is the fourth MCU title this year after “Black Widow,” “Shang-Chi and the Legend of the Ten Rings” and “Eternals.” These, however, did not meet financial expectations, perhaps because the audience was not ready to enter theaters to see second-tier stories about superheroes; and “Black Widow” starring Scarlett Johansson was also available on Disney+. It was only” Spider-Man” that drew viewers to the cinemas despite the growing wave of COVID-19.

Spider-Man, or in-plain-clothes teenager Peter Parker who gained superhuman power after being bitten by a radioactive spider, has always been one of the most popular characters in the Marvel comic book universe. His adventures, created by screenwriter Stan Lee and cartoonist Steve Ditko, first appeared in “Amazing Fantasy” in 1962 and have been published continuously since then.

Readers loved Parker because although he was gifted with remarkable strength and agility, he had problems like their own: He struggled in school and fell in love with a beautiful friend, but in order to take her out on dates, he had to earn extra money as a photographer working for a New York tabloid. Renting a flat, caring for an elderly aunt and trying to make ends meet were just as important in his life as fighting powerful enemies unaware that a young man with personal complexes was hiding under the mask of a superhero.

This pattern works in comics and in the movies, especially in modern adaptations of the adventures of “Spider-Man: Sam Raimi Trilogy” from 2002-2007 (Tobey Maguire played the leading role); in the two parts of “The Amazing Spider-Man” (2012–2014 with Andrew Garfield as Peter); and in the latest series, part of the Marvel Cinematic Universe, with Tom Holland in front of the camera. And although a layman may think there have been too many Spider-Mans in recent years, “No Way Home” brings all these stories together. The film uses the concept of a Marvel multiverse: parallel worlds in which different versions of the same characters appear. The Spider-Man played by Maguire, Garfield and Holland function in the same way, except that everyone lives in their own world.

Sometimes these parallel worlds cross into each other for various reasons, and the people who live in these worlds interact. Hence, villains from previous film series appear in “No Way Home” (including Willem Dafoe as Green Goblin, Alfred Molina as Doctor Octopus and Jamie Foxx as Electro), as well as three Spider-Mans who must work together to fix the order of things. (For more details on the plot, see the review.) Although it sounds complicated, the film by Jon Watts lays out the whole idea of the multiverse with clarity, energy and a large dose of humor. Anyone who has seen the Oscar-winning animation “Spider-Man: Into the Spider-Verse” knows that it is possible.

The very concept of a multiverse is certainly not enough to attract viewers to the movies (not counting the many fans of the original comic book). But “Spider-Man” has everything you’d expect from a commercial blockbuster: an all-star cast, great pace, humor, emotions and a message measured in the right proportions. In addition, the director skillfully plays on viewer sentiment: The youngest get a great adventure, while their parents have a chance to recall seeing the films with Maguire two decades ago. Tired of the pandemic that had been going on for almost two years, maybe this was the entertainment they needed. Not a philosophical (and outstanding) “Dune,” not a bitter “Bond,” not a completely-detached-from-reality “Fast and Furious,” but just “Spider-Man,” the same hero of today and of years ago.

In addition, attempts to cope with loss is an important element of the plot, something that is an increasingly common experience these days, as is another element, hope for repairing the world. As Shakespeare said, “The time is out of joint.” In “Spider-Man,” there are superheroes and parallel realities, there is magic and cosmic technology, and this attractive, colorful, comic roller coaster reflects the problems and dreams of viewers like a mirror.