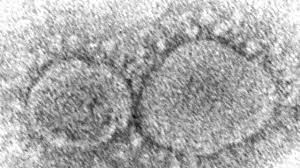 Although it was recently the Christmas and New Year holidays, Westerners did not seem to experience the strong, joyous atmosphere that comes with gathering together. The Delta variant’s spread still posed a threat and was followed closely by the Omicron variant. Under the repeated impact of waves during the COVID-19 pandemic, advanced Western nations that profess to have comprehensive health care and social protection systems have all displayed serious problems, whether in the early pandemic prevention measures or later in critical care policies.

This week, Western countries have set record numbers of new cases in a single day. On Dec. 25, French data indicated that the country exceed 100,000 new infections for the first time. On Christmas Eve, Great Britain reported a record 120,000 daily new confirmed cases. The situation in Germany, Italy, Spain, the Netherlands and Belgium is increasingly severe. On Dec. 28, by 11 a.m. Taiwan time, the U.S. had exceeded an astonishing 410,000 new cases over the previous 24 hours. Many people believe that the U.S. is currently facing a crucial moment in the virus’ spread.

Under the impact of this new Omicron wave, countries that had previous planned to rely solely on creating a barrier of immunity by increasing vaccination rates and opening up everything clearly cannot do it. Since the pandemic erupted, the economies of advanced nations such as the U.S. and those in Europe have suffered severely. Over the past two years of the pandemic, governments in each country have repeatedly faced a dilemma: Those that want to prioritize controlling the pandemic must restrict the movement of people, stop work and manufacturing and even seal off the country, which has ignited societal dissatisfaction and turmoil. Those that want to prioritize economic recovery must relax pandemic control measures and social mobility, which has similarly caused the virus to spread. Thus, when a new wave of the pandemic hits, protests reach a high point on the streets in countries all over the world — which, objectively, accelerates the spread of COVID-19 as well. All of this has exposed the symptoms of excessive democratic freedom in the Western world.

The U.S. was the hardest hit in the previous waves of the pandemic. The devastation caused by the current wave, however, has hit Europe even harder than it has the U.S. As the U.S. has been buffeted by repeated waves, the proportion of vaccinated people has increased, and the pandemic situation seems unlikely to become even worse. Conversely, European countries have a considerable number of people who have long opposed vaccination, and government appeals can only go so far. This has caused overall vaccinations to lag. With the addition of the speed with which Omicron spreads, the resulting pandemic situation has turned Europe into the hardest-hit area. The current pace of economic recovery in Europe cannot catch up with that of the U.S. — just one more hardship added to an already terrible situation. In addition, European expenses for social welfare systems, as well as pandemic prevention and critical care expenditures, are very great. The governments of European countries are having a difficult time effectively deciding between economic revitalization and pandemic prevention. Supposing the pandemic continues next year, economies and societies in Europe will undoubtedly experience an even bigger crisis.

Under the impact of the pandemic, the weaknesses of European and American governance have been laid bare. The small government/big society advocated for in Western neo-liberalism, as well as the excessive democracy and difficulty in deciding policies, has made European and American governments weak and ineffective when responding to the COVID-19 pandemic. By contrast, the collectivistic principles and efficient policy decision-making widely pursued by East Asian countries has enabled them to effectively manage the crisis and reduce the amount of damage as the pandemic has spread.

If the recent jams at European and American ports had happened in Taiwan or China, hardworking ethnic Chinese people would have certainly swiftly resolved them. However, in the U.S., even though President Joe Biden has called for a game change and ordered ports to work overtime, 24 hours a day, seven days a week, progress remains slow. By contrast, once Taiwanese airlines saw the number of passengers decrease, they removed seats from planes, which they used to transport goods instead. This efficient flexibility is something the Western world does not have.

In summary, the COVID-19 pandemic has fully exposed the current problems and crises within the governance of Western societies. European countries and the U.S. need profound social transformation and ideological movement. Spanish professor of sociology Piqueras* recently proposed that the COVID-19 pandemic has allowed Western scholars to witness traumatic changes in a capitalist system. It has impelled them to think about key issues such as the severe damage to the global supply chain, the reorganization of a capitalist system and the market, and the internal redistribution of power within the capitalist class. This admonition should be taken seriously by Western societies.

The author is a professorial chair at CTBC Business School and a professor emeritus in the Department of Economics, National Taiwan University.

*Editor’s Note: The original article is unclear, but this may refer to Andres Piqueras.