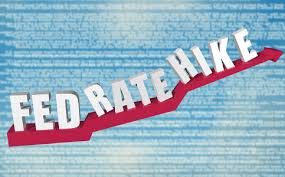 In a sudden change of standard policy, although fully justified by the current situation, the Federal Reserve has been preparing financial markets for an accelerated cycle of interest rate hikes since the end of last year.

Contrary to the situation that existed between the 2008 financial crisis and the COVID-19 pandemic, inflation has become a factor of great concern. In 2021, the rise in consumer prices in the United States reached 7%, the highest in nearly three decades.

Initially perceived as a temporary phenomenon resulting from shock to the supply chain during the pandemic, the pressure from inflation has been more persistent, increasing risk with respect to long-term expectations.

It has become more clear in recent months that the steady raise in the cost of living is not only due to ongoing logistical problems and interruption to the supply chain. It is also a matter of strong economic growth and an unemployment rate that is nearing historic lows.

The strong stimulus in the form of unprecedented public spending during a period of peace, cuts in interest rates, and the expansion of liquidity led to a fast recovery. Gross domestic product growth in 2021 was 5.7%, and projections point to at least 3.5% growth this year.

The unemployment rate has already dropped to 3.9%, a level that is close to what the Fed considers full employment. As the health crisis continues to keep a large contingent of people out of the work force, there still may be some room for market expansion.

However, salary pressures are growing and becoming a structural issue, given the major changes in the market and the difficulty of filling vacancies.

In this context, Fed Chair Jerome Powell has indicated he will raise interest rates, now at zero, starting in March, and that he will also start reducing bond holdings.

The difference from the last two decades is that the correction should now be much faster, taking the base rate to around 2.5%, a level considered neutral, until 2023.

There is a tendency to tighten if inflation proves to be lasting, a risk considering the continued rise in energy and raw material prices.

As is always the case when the cost of money in the world’s main financial center increases, the readjustment is not expected to be painless, something already observed in the sharp drop in the stock markets at the beginning of the year.

It is the first sign of the shocks that could affect the credit markets and international capital flows. This is a significant warning for Brazil, which will spend the election year offering little clarity about its economic policy.