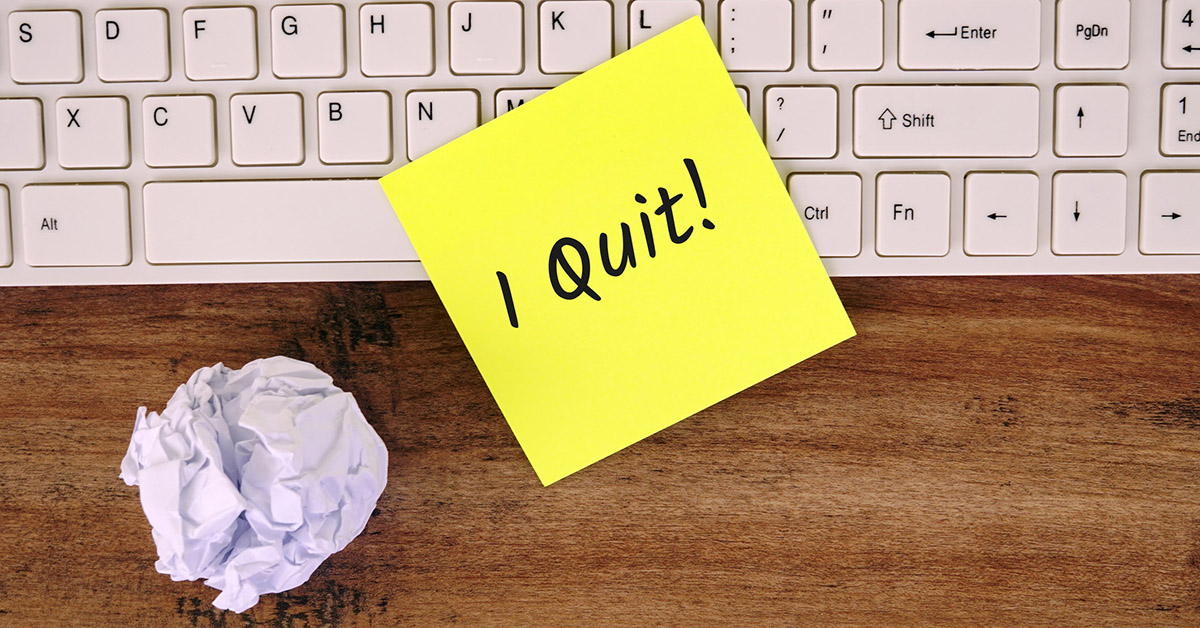 Unemployment as a promise: More and more people are projected to quit their jobs; there are more positions open than ever before. What’s going on?

What working person hasn’t once dreamed of just throwing away their job with an “I quit!”? An increasing number of Americans aren’t just dreaming about this, but actually leaving the regular job market. Since early 2021, more than 33 million people have voluntarily handed in their resignation, a phenomenon that became known here as the “Great Resignation.” Many are looking for a new, better job because the U.S. economy has been on a course to recovery since fall, despite the highly contagious delta and omicron COVID-19 variants, and employers are urgently seeking applicants. The unemployment rate was 3.8% last month; in February 2020, before the pandemic sent the United States into a recession, it was at 3.5%.

There is hardly a restaurant, store or factory gate that doesn’t have a “help wanted” sign hanging on it. In schools and in daycares, in shipping and in warehouses — there is a shortage of personnel across all industries like never before. According to the Bureau of Labor Statistics, the number of open positions in January was 11.3 million, more than ever. This is due, not least of all, to a portion of those who resigned lacking the desire to hold a regular stable job. A look at the development of the employment rate shows this. It measures the portion of employed people and those seeking employment in the population older than 16. It has shrunk by 1.1%. Based on this, there are still 1.8 million fewer U.S. citizens in employment than before the pandemic, despite the active job market.

A large part of the decline of the employment rate can be ascribed to those over 65. In the United States, many older people want to or have to continue working, but in the wake of COVID-19, which is especially dangerous for this age group, it seems many prefer to stay home.

It’s more difficult to explain the statistically measurable decline of workers between 45 and 54 and the young generation, between 25 and 34. The Great Resignation is baffling economists, human resource departments and the media. Until recently, asking about someone’s job belonged to the few topics that were still unproblematic in small talk. Being hard-working was highly praised and something that Americans encouraged. However, internet forums like the subreddit r/antiwork are now enjoying growing popularity. The motto of this forum reads: “Unemployment for all, not just the rich!” In October, 180,000 users were subscribed there; today there are over 1.8 million.

In their posts, participants often report on exploitative and unfair bosses. Like the Reddit user who goes by ChknShtOutfit, who received a pizza as a reward for weeks of overtime and additional work. Or the waitress who described how the restaurant manager promoted the only man on the team, who had only been there a few weeks, instead of one of the 12 longtime female employees. Pay still plays the greatest role in resignations; however, feelings of not having any opportunity for advancement and being treated poorly are almost as important, as a survey by the Pew Research Center showed. So-called idlers explain on the forum how they are still employed, but perform their job idly and in fact only do the bare minimum to avoid getting fired.

Other forum users are counting on gig work — short projects or activities as self-employed workers or subcontractors — instead of a fixed wage. It’s surely not by chance that the number of self-employed in the country has reached 10 million — around 400,000 more than before COVID-19. The Wall Street Journal recently named the massive departure from the paycheck the “Post-Paycheck Economy.”

Doreen Ford, a pioneer of the antiwork movement, worked for a year in retail until the now 30-year-old decided instead to live out her love for dogs and make her living as a dog walker. Ford was one of the most prominent moderators of the subreddit r/antiwork — until she gave an interview this year in January with Fox News, which the reactionary network ran under the headline “The War against Working.”

Even viewers who share Ford’s beliefs described the live interview as a car crash. Ford, who refers to herself as autistic, appeared poorly illuminated and unkempt in front of her computer camera in her untidy room. Her opponent — you can hardly call Fox moderator Jesse Watters an interview partner — needed three minutes and 23 seconds to reduce her to a caricature of a lazy, naive member of the millennial generation. Her Reddit community felt betrayed by her and she lost her role as moderator. The forum was even briefly closed to the public and only accessible to members.

However, in their schadenfreude, populists like Watters overlook the fact that behind Ford and other r/antiwork participants, there are serious questions about the reigning economic system. The antiwork movement is now so popular that investment bank Goldman Sachs warned in an analysis that the job market could suffer long-term consequences from it, especially since the crisis had already begun long before the outbreak of COVID-19. In 2018, in his book “Bullshit Jobs,” anthropologist David Graeber criticized the fact that a majority of today’s professional activities involve pointless tasks that are psychologically harmful. Graeber, who died in 2020, was one of the co-initiators of the Occupy Wall Street movement, which superficially failed to have a long-term social impact. The wish of many businessmen, conservative politicians and economists that with the pandemic the revolt of American workers will return to dormancy might come true. However, there is a chance that younger people especially will not be subdued by a few dollars — and that they will dream an entirely different American Dream of self-determination.