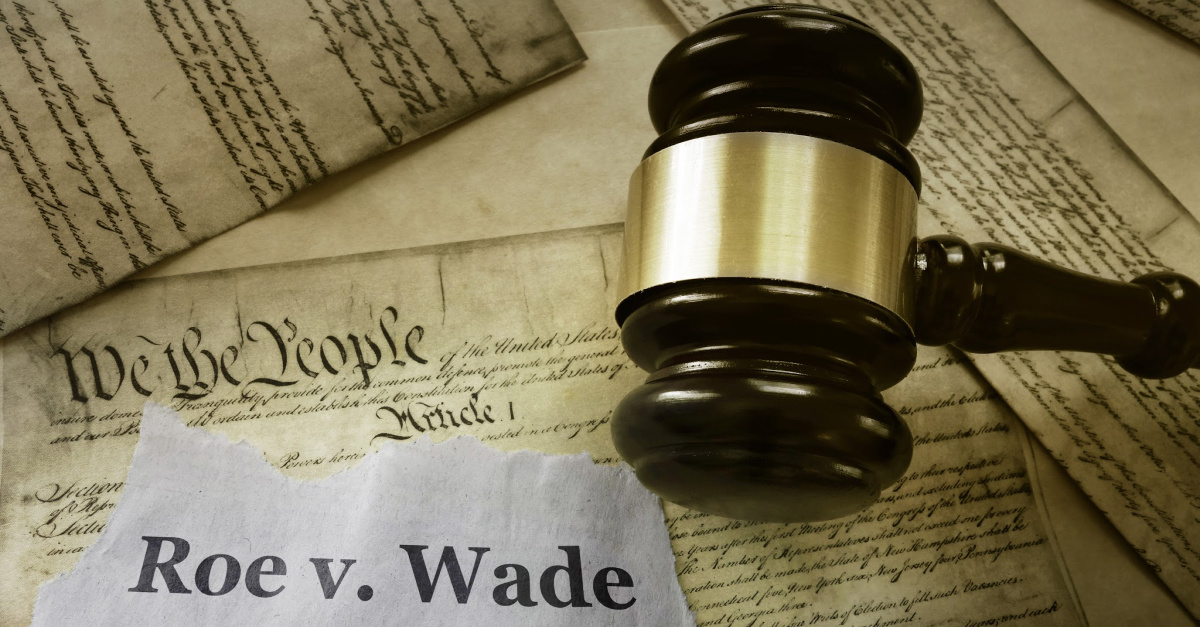 Overturning a liberal right to abortion, as the Supreme Court is apparently planning, will have less dramatic consequences in practice than in theory. But the premature leak of the draft opinion will greatly burden the ruling.

If the leaked draft represents the U.S. Supreme Court’s final decision on the question of abortion, it will be a political earthquake. After decades of bitter conflict, Roe v. Wade would become history — an almost 50-year-old landmark ruling whose fame is probably only surpassed by that of the decisions establishing that Black people are equal under the law in the United States.

In this case, it is not surprising that the right to abortion is being restricted. This was expected after the Supreme Court obtained a clear, conservative majority in 2020 when Donald Trump filled a third vacant seat. What is astonishing is instead the radical nature in which the justices are overturning Roe v. Wade. The draft describes that ruling as “egregiously wrong from the start. Its reasoning was exceptionally weak, and the decision has had damaging consequences.”

In fact, the decision in Roe v. Wade had weaknesses with its far-reaching liberal view that fanned the flame of the conflict over abortion rather than extinguish it. But the choice of words in the draft opinion is remarkable with respect to a legal precedent that, nonetheless, has been reaffirmed several times since, especially since precedent is highly valued in the Anglo-Saxon system for the way it provides stability in the law.

Abortion Would Only Remain Legal in Half of US States

With this decision, the justices seem to be refraining from any compromise that the final opinion would potentially offer. The case concerns a law in Mississippi that allows abortions only up to the 15th week of pregnancy. Declaring this regulation to be constitutional would curtail the reach of Roe v. Wade, but would preserve a legal framework that would remain liberal in an international context. In the U.S. today, 93% of abortions are carried out before the 15th week of pregnancy.

Experts believe Chief Justice John Roberts would likely favor this solution. It would not, however, end the wrangling over the issue, perhaps the most important issue in America’s culture wars. In this respect, a complete reversal of Roe v. Wade would be a more momentous step.

However, the consequences would probably be more severe in theory than in practice. Abortion would no longer be regulated at the federal level; instead, it would be governed by separate legislation in each of the 50 states. That would not be unusual in the solidly federal structure of the U.S. In anticipation of Roe v. Wade’s reversal, 13 conservative states have already passed “trigger laws” that would ban abortion once Roe v. Wade is overturned.

According to the Guttmacher Institute, a nongovernmental organization, 13 additional states would definitely or likely prohibit the procedure. Abortion would thus remain legal only in about half of U.S. states. In a country of this size, that certainly would be problematic, and an anachronistic step backward for women’s right to self-determination.

However, the possibilities for obtaining an abortion in conservative regions are already tightly constrained by increasingly restrictive laws. Six states, for instance, have only one abortion clinic, which has already forced women to travel great distances to visit one. In progressive-leaning states like Illinois, obstetric clinics have popped up along the border with states where abortion has practically been banned.

Abortion rights organizations cover underprivileged pregnant women’s travel costs and can now count on an incoming flood of donations. Some companies have announced that they will cover related costs for their female employees. After all, over half of all abortions are initiated with medication; the necessary pills can be obtained legally or illegally from another state or from overseas. Still, there will likely be hardship cases, sometimes with deadly consequences. They will primarily affect poor women and, thus, disproportionately women from ethnic minorities.

Who Would Want the Decision To Leak?

Leaking the opinion does nothing to change the uproar that the draft decision has provoked among supporters of a liberal right to abortion in the U.S. Its premature release to the public is unprecedented and will likely unsettle the Supreme Court in the long term. The institution relies on confidentiality and trusting collaboration, in order to combat the charge that the court is politicized often voiced in recent years, among other reasons.

Only a small, exclusive circle of justices and their closest coworkers would have had access to the draft. The matter of who would want it to be leaked, presumably to sway the final decision one way or another as a result remains an open question. What is clear, however, is that it is dragging the Supreme Court into the maelstrom of party politics. That will causesenormous damage to the Court’s reputation — and, as a result, to acceptance of its decisions.

This will become apparent by June, when the court issues its final opinion in the abortion case. Whatever the decision is, it will be, for part of the country, purely political and accordingly, compromised. It will be a fiasco for the Supreme Court. The conflict that the draft proposed to resolve by overturning Roe v. Wade will only just be getting started.