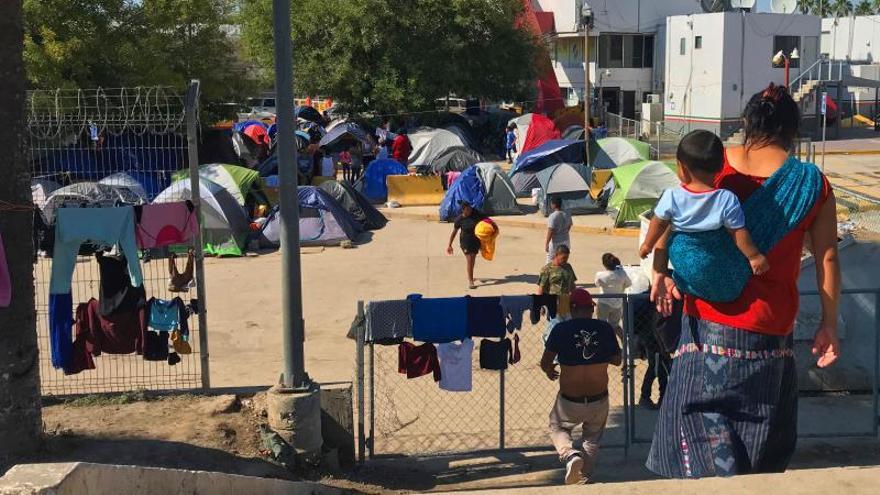 Thousands of people are victims of corruption by immigration authorities on both sides.

One of the reasons Donald Trump won the presidency was because he consistently promised to curb migration at the southern border. He maintained that Mexicans were murderers, thieves and rapists and promised to build a wall that would divide the border between our two countries.

His discourse as a presidential candidate and subsequently as president did not change. On the contrary, it remained racist and xenophobic. Once in office, he threatened President Andrés Manuel López Obrador’s government with tariffs of 25% on Mexican products if Obrador did not stop migration at Mexico’s border with Guatemala and Belize in order to prevent millions of people from Central America from crossing our country to enter the United States. Mexico sent the National Guard.

This is how Mexico became a safe third country, although Secretary of Foreign Affairs Marcelo Ebrard continues to deny it. All those who cross the border into the U.S. and are detained by the immigration authorities are deported to our country. All those who apply for asylum in our northern neighbor must wait one to two years in our country for a resolution. It is a tragedy to have to decide to leave your country because there is no way to survive under existing conditions or because your life is in danger.

Much worse is undertaking a journey that involves crossing unknown and dangerous territory. Conditions for migrants in Mexico are terrible. The experiences of these families, of men, women and teenagers accompanied by boys and girls who have decided to embark on this journey alone, are all heartbreaking.

We know about the calamities they face: they are attacked, assaulted and kidnapped, either extorted, forced to work in organized crime, or prostituted (more so in the case of women and girls).

They run the risk of being used by pornographers or for organ trafficking. Thousands of people face the worst adversity in the search for a better life. They keep their only belongings in a plastic bag and are victimized by the ineptitude and corruption of immigration authorities on both sides of the border.

And that is the horror President Obrador enabled. Trump treating Mexico like a piñata is the least of it. In my opinion, we’re far beyond that.

About Adam Wambeke 8 Articles
Hi, I'm Adam from the United States. I live and grew up in Minnesota. I studied Spanish Language, Literature, and Culture at Minnesota State University, Mankato from 2010-2014. I studied abroad in Spain during the summer of 2012 and would love to return to Salamanca someday. Linguistics has been an interest and a passion of mine since a young age. I'm also a musician, a cook, and a fan of science fiction, amongst other things.