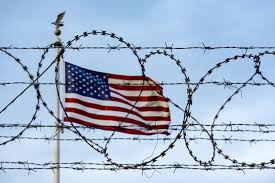 Confronted with one of its greatest challenges, the greatest power in the Western world finds that its best resource is not its mighty military or its economy. It is its southern neighbor. What do they need us for? To be their shield against the waves of migrants from Central America trying to reach U.S. territory in search of a better life. There is a saying, attributed to various authors, that goes something like this: “Do not do unto others what you would not want them to do unto you.” In Mexico’s case, the phrase should read: “Do not do in the south what you would not want done to you in the north.” But hey, when it comes to being a victim, the first thing you do is forget about is how you victimized others.

Former President Donald Trump’s recent remarks about the government of Andrés Manuel López Obrador and the “Remain in Mexico” program (the deployment of soldiers on the border and the retention of non-Mexican migrants in Mexico) referred to Mexico as being a shield for blocking migrants. And while Trump may or may not be exaggerating about how such a meeting took place, the truth is that the military deployment on the country’s southern border did not come about by sheer coincidence. The New Law of the National Guard, published in the Official Journal of the Federation on May 27, 2019, contemplated the issue of migration, conferring authority on the institution to act in border areas with the objective of “re-establishing order and social peace,” as the ninth article provides.

The problem is that things did not end with Trump, and despite the change of administration in the United States, the strategy remains in place. Mexico is in charge of complicating the journey for migrants seeking to cross the southern border and pass through Mexican territory. According to figures from the Migratory Policy, Registration and Identity of Persons Unit of the Secretariat of the Interior, from January to December 2019, of the 182,940 foreigners who arrived in the country without documentation, 103,035 were returned by deportation or assisted return; most of them by assisted return. In 2021, with a new U.S. administration and during the same period of time, 307,679 foreigners without documentation were registered, of which 96,655 ended up being returned to their countries of origin. It is worth mentioning that this record is based on the detention of migrants pending determination of their status. Joe Biden’s policy on this matter, the talks between the two leaders on Friday, and Lopez Obrador’s visit to Central America at the beginning of May will provide much to discuss regarding a possible reconfiguration of the current model used to deal with migration. We can only wait and bet on the humanitarianism of those in power.

About Stephen Routledge 108 Articles
Stephen is the Head of a Portfolio Management Office (PMO) in a public sector organisation. He has over twenty years experience in project, programme and portfolio management, leading various major organisational change initiatives. He has been invited to share his knowledge, skills and experience at various national events. Stephen has a BA Honours Degree in History & English and a Masters in Human Resource Management (HRM). He has studied a BSc Language Studies Degree (French & Spanish) and is currently completing a Masters in Translation (Spanish to English). He has been translating for more than ten years for various organisations and individuals, with a particular interest in science and technology, poetry and literature, and current affairs.