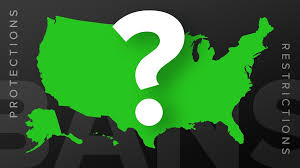 Abortion is no longer a protected right, according to the U.S. Supreme Court. A recent decision by the court that once played an activist role and served as a model for the world delegated authority over abortion to the states, and overturning law that limited restrictions on abortion and criminalization of decisions women make about their bodies.

The criteria underlying the court’s decision point to conservative policy that will be very dangerous for many countries, including Mexico: the authority to regulate abortion has been returned to the people and their representatives.

What Did Roe Define?

The Supreme Court opinion in Roe v. Wade expanded the right to privacy, while Planned Parenthood v. Casey (another of the cases that strengthened Roe) reaffirmed precedent that protected personal and intimate decisions central to defining personal dignity and autonomy. Both cases achieved a balance between regulating the interest of a woman to have an abortion and the interest of a potential life.

Roe established a series of parameters, based mainly on the three trimesters of pregnancy (each divided into approximately three months), and women retained the right to exercise a right to privacy through the second trimester and seek an abortion. Casey modified and simplified this rule and was intended to fortify the holding in Roe.

However, Justice Samuel Alito, joined by the most recent ultra-conservative justices appointed by Donald Trump, wrote an opinion that triggered intense discussion around the country, not only among academics, historians and constitutionalists, but also among politicians who see the return of conservative policies. The resurgence of conservative policy has reached such a point that people are concerned about how infeasible it will be for Joe Biden to seek reelection given how weak the Democratic Party is, particularly its progressive wing.

In addition, the case opens the door to a new set of criteria that will apply from here forward in the United States, based on historical principle and placing the judiciary at the center of setting precedent, something that is entirely different from the approach we take in Latin America, particularly in Mexico.

This is significant. This approach assumes a standard that will not only have immediate consequences in different U.S. states, but will also open Mexico up again to Andrés Manuel López Obrador’s constant manipulation of issues crucial for the future of the world, in areas such as the environment, infrastructure, telecommunication regulation, media, civil rights, freedoms, guarantees and human rights.

Yes, those things are now also in doubt, despite the reforms made since 2010 to Article 1 of the Constitution and the resolutions of the Mexican Supreme Court of Justice. Restoring the right of deciding matters to those who are “wise” but who don’t even understand is not only dangerous but perverse.

No one in their right mind thinks that Mexico’s “popular representatives” truly represent the Mexican people. Especially when, on the one hand, we have Alejandro Moreno and his ilk, who at best represent the interests of his family and his precious transitory colleagues, or The National Organization of the Anvil and several ultraconservative states; and on the other hand, López Obrador, who appoints deputies and senators who lack the most basic understanding of what they are supposed to do and work only to please the president at all costs.

Because in Mexico, “the people rule” really means I decide, because I am the president, because I am the leader and everyone wants me to decide. And because “democracy” necessarily requires civility, training and education; otherwise, as we feminists say, it doesn’t exist.

The reality is that the future will be complicated. In the United States, the next major issue on the horizon is climate change, and the electric plants and capacity of the government to regulate them.

The decision to return decisions to the people also means that everyone should know what they want in its most philosophical and purest form. That decision has very serious consequences because it does not involve the law, guarantees or human rights. That is, we are the land of the free, but I allow the state to regulate you.

The truly delicate thing is that we already know how this ends: the disruption of institutions by establishing more direct, and above all, inflexible control mechanisms. There are issues that must be protected: the basis for human rights in changing societies and their transitory rulers; that society, precisely, should not be divided by race or passion, but by permanent and progressive policies that extend beyond the political decision made by politicians with term limits.

This is even more true when you have politicians like the kind now in Mexico.

About Stephen Routledge 115 Articles
Stephen is the Head of a Portfolio Management Office (PMO) in a public sector organisation. He has over twenty years experience in project, programme and portfolio management, leading various major organisational change initiatives. He has been invited to share his knowledge, skills and experience at various national events. Stephen has a BA Honours Degree in History & English and a Masters in Human Resource Management (HRM). He has studied a BSc Language Studies Degree (French & Spanish) and is currently completing a Masters in Translation (Spanish to English). He has been translating for more than ten years for various organisations and individuals, with a particular interest in science and technology, poetry and literature, and current affairs.