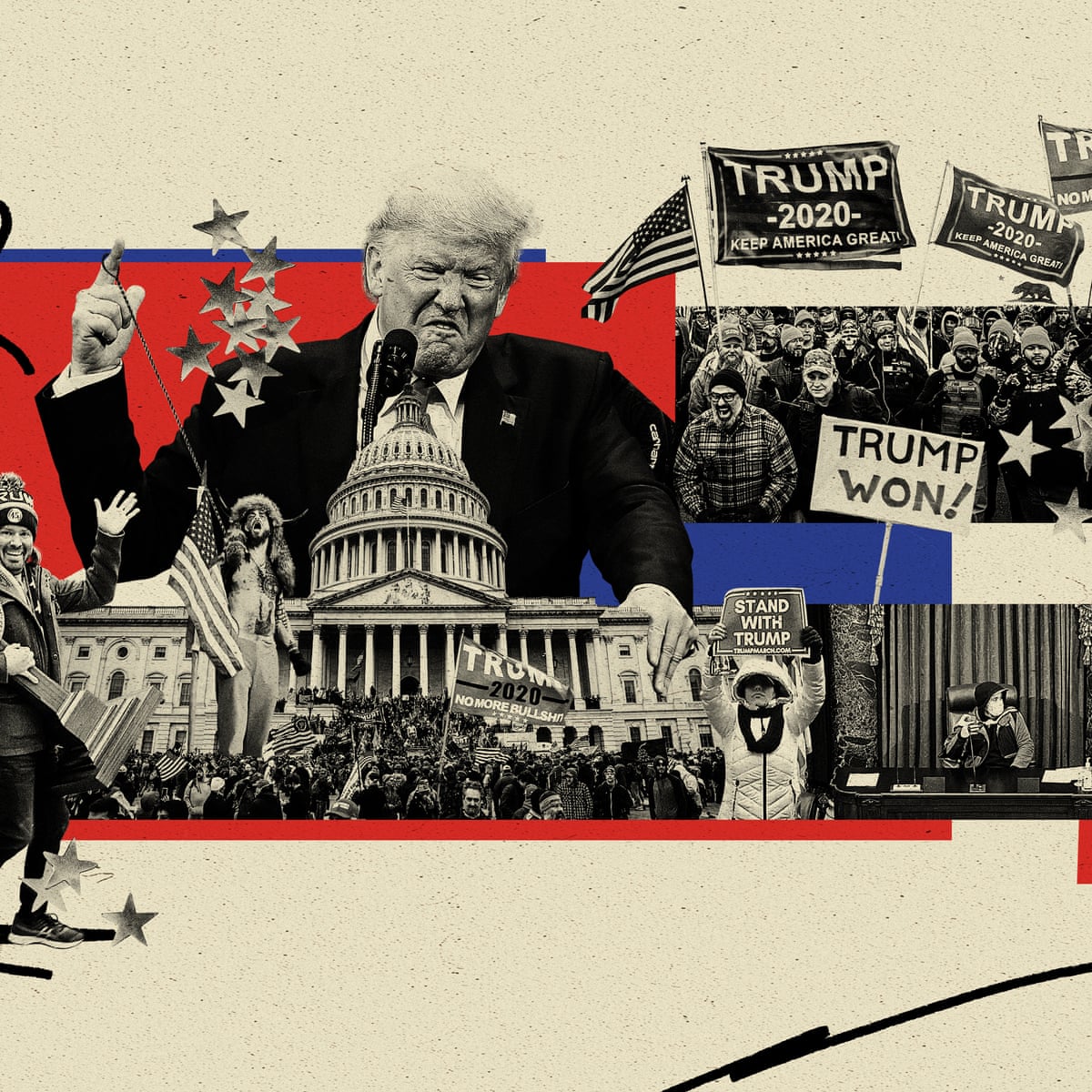 Former President Donald Trump could be indicted because of his role in the storming of the Capitol. However, this only increases the incentive for him to campaign for reelection.

It’s bizarre: What we heard recently in Congress concerning the Jan. 6 Capitol riot ought to be enough to take Donald Trump out of the political field permanently. Testimony exposed extensive criminal activity. It became undoubtedly clear that the former president not only welcomed the riot at the Capitol, but supported the rioters, and that he welcomed a coup, and with it, the end of American democracy. However, these revelations could have the exact opposite effect. They could embolden Trump to take back power at any cost.

The House Select Committee to Investigate the January 6th Attack on the U.S. Capitol has drawn a clear picture in seven public hearings. Trump knew that his claims about the stolen election were nonsense (“bullshit” as Attorney General Bill Barr put it). He was aware that the rioters were armed and had a propensity for violence. And he knew that his vice president, Mike Pence, had no legal ability to overturn Joe Biden’s victory.

Despite this, he repeated his lies and spurred the mob on to violence, even against his own vice president. According to White House staff, when Pence refused to overturn the election and the crowd began to chant “Hang Mike Pence” in front of the Capitol, Trump said, “[Mike] deserves it.”

Trump pressured officials to falsify the results of the presidential election. He tried to use the military to seize voting machines. He treated the Department of Justice like a machine for maintaining power contrary to justice, law and the Constitution. He wanted to make a loyal, low-ranking official his attorney general by decree.

On Jan. 6, 2021, the United States just barely escaped a coup, which ultimately failed thanks to Trump’s incompetence and the courage of certain upstanding individuals, archconservative Republicans among them: Vice President Pence, who refused to circumvent the Constitution; Georgia’s highest election supervisor, Brad Raffensperger, who rejected manipulating the results; Rep. Liz Cheney from Wyoming, who led the committee’s presentation of events.

However, America had a democratic near-death experience. Millions of voters were able to observe this during the hearings. It may be the case that all of this hurts Trump in the long term. New polls have revealed for the first time that half of Republican voters are ready to move on from Trump. However, 75% of these voters still believe that he is “not guilty” in connection with the violent insurrection. Mainstream Republican media like Fox News dismissed the hearings as a partisan production.

Trump’s Incentive for a Renewed Candidacy Is Growing

Trump could now be indicted of crimes in connection with the Jan. 6 attack. This increases the incentive for him to campaign for reelection. Not just because presidents enjoy immunity. His renewed candidacy may impede the Justice Department from issuing any indictments that would interfere with an active election campaign. Trump would denounce every criminal procedure against him as an attack by the establishment on his candidacy. Prosecutors may hesitate in the face of possible personal threats if Trump wins reelection.

The hearings have revealed the battle lines for the future of American democracy — not between right and left, but between the defenders of the Constitution and those who want an autocratic reconstruction. The battle between democracy and autocracy, which Biden likes to speak of in his foreign policy speeches, is taking place in the middle of the United States.

In the event he is reelected, Trump will once again try to “cleanse” the justice system of all who are not on his side. That’s because brave prosecutors and judges all over the country stood against the president’s coup attempt.

Thus, neither Trump nor Trumpism is finished. Just two days after the last House committee hearing, his team sent his supporters an email requesting donations and announcing a “great speech to the American people.” Trump’s camp is turning the attention into a mobilization campaign. No one among the Republican Party leadership took the hearings as an opportunity to distance themselves from Trump. The party remains in his hands even though he doesn’t hold office. He’s acting like a boss who can determine every congressional candidacy this November. Whoever wants his support must repeat the lie of the stolen election, which was just very impressively deconstructed.

The heroes among the Republicans who sustained the Constitution in the face of the former president’s actions are isolated. And the most frightening thing we realized from the hearings is that the famous checks and balances of American democracy, the institution that is the separation of powers, is only as strong as the people who defend it.

*Editor’s Note: This article is available in its original language with a paid subscription.