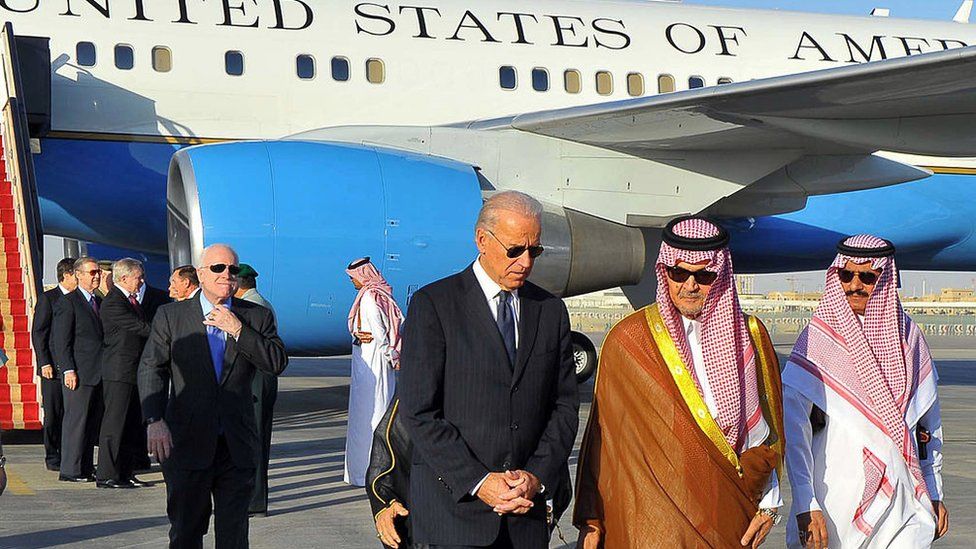 President Joe Biden promised Middle Eastern leaders that the U.S. “will not walk away.” However, this promise runs contrary to the impression that U.S. influence in the region is declining.

Biden’s recent tour of the Middle East took him through countries such as Israel and Pakistan and ended with a visit to Saudi Arabia, where he met with many Arab leaders. This was Biden’s first visit to the Middle East since he took office a year and a half ago.

He had not set foot on Middle Eastern soil before this because the Biden administration had been focusing on issues in Asia. The number of troops in the Middle East has decreased due to the administration’s increased emphasis on national security against China.

In the background of this reentry into dialogue with Middle Eastern leaders is Russia’s war of aggression in Ukraine. Global energy prices and gasoline prices in the U.S. have skyrocketed. The reality is that with midterm elections looming in the near future, the Biden administration has chosen to quickly strengthen relations with oil-producing countries.

For that reason, it can be said that Saudi Arabia has the upper hand in entering discussions with Biden. It is not yet clear how Middle Eastern leaders, such as Saudi Arabia, will respond to the demand for increased production of crude oil.

On the other hand, Biden’s shift in his stance regarding human rights, which he should have emphasized in these discussions, was noticeable. His reconciliatory attitude toward Crown Prince Mohammed bin Salman, who is said to have ordered the killing of dissident reporters, has led to some criticism.

Although it is necessary to cooperate with oil-producing countries amid the current global economic turmoil, this is no excuse to forget the principles of human rights and democracy. Foreign relations in the U.S. have long been criticized as operating under a double standard, especially when it comes to Saudi Arabia.

Perhaps it is a reflection of the rushed nature of his visit, but Biden did not discuss any sort of comprehensive peace initiative with the Middle East. He said that the two-state solution between Israel and Palestine “is not ripe at this moment to restart negotiations,” and only offered financial support.

Palestine’s disappointment with his stance runs deep. Over the past few generations, over 5.6 million Palestinian refugees have been forced into poor living conditions. There is a fear that the U.S. administration’s stance toward Israel, which continues to violate international law, will further increase the sense of isolation and despair.

Biden urges cooperation with Arab countries, emphasizing Israeli security. While it is desirable to ease the conflict between nations in the region, the only apparent tactic is the idea of creating a siege network with Iran as a “common threat,” a similar tactic to one that was seen during the former Trump administration.

In recent years, oil facilities and ships on the Arabian peninsula have been attacked, and sabotage of nuclear facilities and assassination of related parties have continued in Iran. Israel and Iran are also said to be in a “low-intensity conflict.”

If the U.S. pledges its involvement in Middle Eastern affairs, the administration should be thorough in creating a plan to prevent conflict and build peace, rather than increasing existing division and tension.