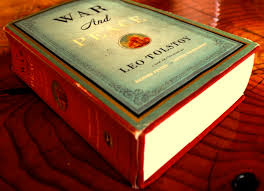 Does the president of Mexico want to pull out of the North American Free Trade Agreement?

Will that be the last step he takes in his quarrel with the energy chapter of the United States-Mexico-Canada Agreement?

Or is his rhetoric on the matter just a way to raise the stakes for his partners, so that they will stop demanding that Mexico comply with his government’s commitment to USMCA?

Near the end of my recent vacation from journalism, a friend called me to ask, half seriously, if the president’s speech on USMCA, scheduled for Sept. 16, Independence Day, might be the four-letter version of Fidel Castro’s Havana Declaration in 1960 — when he broke with the U.S. and threw himself into the arms of the Union of Soviet Socialist Republics’ rockets, in the name of the island’s independence.

I had enjoyed my vacation. I was reading “War and Peace,” and was in that imaginative state of mind in which anything seems possible. So I had entertained the idea.

I wondered if the speech to be made on Sept. 16 would really be an incandescent equivalent to that of the catastrophic Cuban independence slogan: ‘Homeland or Death. We shall overcome.”

I thought that it would not be quite that grand, that speechwriters might come up with a slogan more like: “Pemex* or USMCA. We will win,” thus including patriots who support Pemex and traitors who lean toward USMCA.

I searched for another slogan: “Sovereignty or USMCA. We will win.” But the word “sovereignty” seemed too long to me, while “USMCA” seemed too short as an adversarial acronym.

Then I thought: “Sovereignty or neoliberalism. We will win.” The two words both seemed too long to me. They competed with each other. They cancelled each other out.

I looked for short words: “Homeland or USMCA. We shall overcome.” Maybe that would do, I thought.

But “USMCA”? What is “USMCA”? USMCA is nothing: It is merely an acronym and technocratic jargon.

I shifted to geography: “Mexico or North America. We shall overcome.” And that sounded weak to me.

I made another shift: “Mexico or United States: We shall overcome.” Also weak.

And I came to this, historical and popular: “Homeland or Gringos. We shall overcome.”

Then I continued reading Tolstoy.

*Editor’s Note: Pemex is the Mexican state-owned petroleum company managed and operated by the Mexican government.