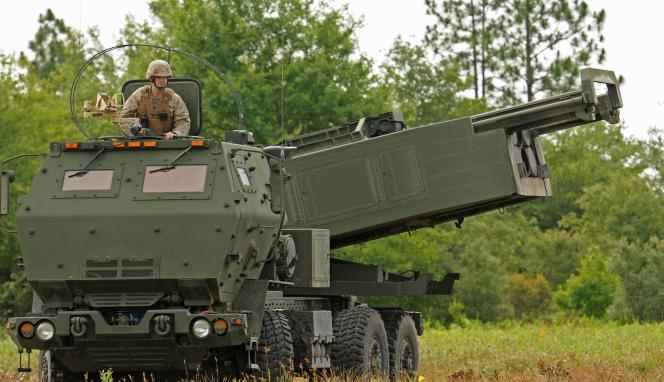 Against the background of Russia’s special military operation in Ukraine, a new iteration of the anti-Russian lobby has developed in the U.S. It currently consists of three main groups: the military-industrial complex, “hawks” from the expert community and Eastern European nationalists and their “professional” sympathizers. The self-interested groups — especially defense contractors and foreign governments, particularly the Ukrainian lobby — play an extremely significant role in American foreign policy at this stage. Hence, we can say that, at the moment, they largely shape the perception of the current conflict and set the narrative within which practical decisions are made, including those concerning arms deliveries.

A recent open letter by several prominent figures, who in the recent past held major positions in the U.S. military and political leadership, published in The Hill with the telling title “US Must Arm Ukraine Now, before It’s Too Late,” is a clear example of this coalition’s work.

Among the many boring rhetorical exercises, the letter calls for the supply of the notorious Army Tactical Missile System missiles for High Mobility Artillery Rocket Systems with a range of 190 miles.

While such deliveries carry a self-evident risk of escalation, the signatories, who are national security experts, do not appear to be very concerned about this. As in the case of the “no-fly zone” proposal discussed some time ago, the current strategically shortsighted proposal can be explained by the fact that many signatories are linked to a specific beneficiary of such actions — the giant American military-industrial corporation Lockheed Martin.

The financial interest of the American military-industrial complex in this conflict is obvious. Nevertheless, such a plea is particularly advantageous for Lockheed Martin, which is involved in producing both HIMARS and ATACMS missiles. In the current situation, this escalation would allow the corporation to add to the already large number of defense contracts it has signed. In 2019, for example, Lockheed Martin was awarded a $492 million contract for the HIMARS launchers and related equipment. As for ATACMS, in 2019, the U.S. Army awarded Lockheed Martin a $561.8 million contract for these missiles.

The recent plea, if implemented, will only confirm the views of several weapon firms’ chief executives. Even before the special military operation began, they asserted that “their balance sheets will benefit from the U.S. engaging in great power competition with Russia and China.”

In particular, Lockheed Martin’s CEO James D. Taiclet said in a meeting with investors that “if you look at the evolving threat level and the approach that some countries are taking, including North Korea, Iran and through some of its proxies in Yemen and elsewhere, and especially Russia today, these days, and China, there’s renewed great power competition that does include national defense and threats to it. And the history of [the] United States is when those environments evolve, that we do not sit by and just watch it happen.”

In fact, Lockheed Martin, which has topped the Defense News list of the top 100 defense companies for the 23rd year in a row, showed the most rapid growth before the start of the Russian military operation.

Considering the above, the composition of the signatories becomes even more revealing. Thus, among the stand-out authors are John Sipher, Jan Lodal and ambassadors John Herbst and Daniel Fried. They work for the notorious Atlantic Council, among whose many sponsors are Lockheed Martin, System Capital Management, founded by the Ukrainian oligarch Rinat Akhmetov and the Victor Pinchuk Foundation. Ambassador Kurt Volker of the Center for European Policy Analysis, a think tank also sponsored by Lockheed Martin, signed the letter as well. Ambassador Stephen Sestanovich, a senior fellow at the Council on Foreign Relations, who, in addition to his ties to Wall Street has financial ties to Lockheed Martin, also signed the letter. Another signatory “hawk” from the community of policy experts is Gen. Philip Breedlove. He is currently affiliated with the Sam Nunn School of International Affairs at the Georgia Institute of Technology, one of the key sources for recruiting at Lockheed Martin. Although the history of interaction between defense contractors, and Lockheed Martin in particular, with think tanks goes back decades, the intensification of such interaction against the backdrop of the current international security crisis looks like a very telling example of how Washington actually functions.

As noted earlier, the current anti-Russian lobby consists not only of the military-industrial complex and its associated pool of experts but includes “professional sympathizers” — lobbyists working on behalf of Ukraine, who also signed the letter. The most prominent representative of this group is Robert McConnell, co-founder of the U.S.-Ukraine Foundation. This organization is a nongovernmental organization registered as a 501(c)(3) corporation under the U.S. tax code. Technically, as the leading American political money-tracking organization, OpenSecrets, notes, such groups “operate for religious, charitable, scientific or educational purposes. These groups are not supposed to engage in any political activities, though some voter registration activities are permitted.”

As stated on the foundation’s own website, “the U.S.-Ukraine Foundation (USUF) is a non-governmental 501(c)(3) based in Washington, D.C. that supports Ukraine in its development of democracy, a free market economy, human rights, and strategic partnership with the U.S.”

More interestingly, however, the USUF is part of the broad Friends of Ukraine Network, a coalition of former ambassadors, leading political and international security experts and other analysts who have been involved in crucial aspects of Ukraine’s relations with the U.S. and the international community.

According to publicly available data, the network “advances policy recommendations through expert testimony, congressionally-sponsored forums, and briefings, meetings with key officials in the Administration and Congress, press conferences, media interviews, and op-ed pieces.”

In other words, it is engaged in lobbying activities for Ukraine.

Some other signatories and previously mentioned representatives of think tanks affiliated with Lockheed Martin are also associated with FOUN. In particular, on the organization’s website, one can find references to Gen. Philip Breedlove, Debra Cagan, Ambassador Alexander Vershbow, Gen. Wesley K. Clark, Ben Hodges and Ambassadors John Herbst, William Taylor and Paula J. Dobriansky. These individuals were either listed as members of the National Security Task Force, participated in USUF events, such as Ambassador Taylor did, or like Ambassador Dobriansky, served on the organization’s advisory board. By the way, many of these individuals also supported the imposition of a “no-fly zone.” All in all, against the background of the enormous activity of the Ukrainian lobby, which even surpassed the Saudi Arabian lobby in the number of contacts, the participation in this appeal is only one small piece of the big puzzle of the influence on the U.S.’ policy on Russia, which includes decisions on sanctions, and even official appointments.

Thus, most signatories are not independent experts defending U.S. interests but partisan lobbyists. Broadly speaking, this situation demonstrates that policy in this area has largely been outsourced to the anti-Russian lobby. Moreover, this situation once again shows a low level of transparency. Taken together, these factors significantly impede internal strategic dialogue, without which the risks of escalation increase. The situation can be summed up in the words of the well-known journalist Andrew Cockburn. He shrewdly observed that “even when the real object of the exercise is camouflaged as “foreign policy” or “strategy,” no observer should ever lose sight of the most important question: Cui bono? Who benefits?”

About Nikita Gubankov 69 Articles
Originally from St. Petersburg, Russia, I am currently a student at University College London, UK, studying for an MSc in Translation Technology. My interests include history, current affairs and languages. I am a keen translator from Russian into English and vice-versa, and I also translate from Spanish into English.