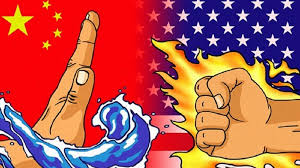 U.S. President Joe Biden announced the U.S.’ new “National Security Strategy.” This strategy was meant to have been ready a while ago, but the war in Ukraine is likely to have forced changes and delay.

What is Biden’s strategy? And what does this mean for Eastern Europe?

Since 1987, by virtue of their legal obligations, U.S. presidents have submitted about 20 national security strategies to Congress. As soon as he was sworn in, Biden published a temporary strategy that rectified some of Donald Trump’s policies. It was expected that this intermediate strategy would be followed by a broader, more consistent one.

To begin with, it should be noted that the new national security strategy does not have the characteristics of a “strategy” in the strictest sense of the word. Therefore the strategy has been criticized by numerous experts.

National security strategies are documents that analyze and evaluate a nation’s “security environment” (as it is generally called in Bulgarian). According to these documents, goals are set, priorities determined, necessary resources calibrated and, consequently, specific tasks with approximate deadlines are outlined. Such a document allows for the outcomes of such a strategy to be measured and assessed within one to two years.

The outcomes mentioned above do not exist in this strategy. Presidential administrations generally avoid committing to a framework that would allow for future analyses, evaluation and criticism.

With this in mind, the strategy of 2002, which followed the terrorist attacks of Sept. 11, is most interesting. The 2002 strategy was a deviation from the norm because it was closer to a manifesto than what one would expect from a more traditional national security strategy. The Bush-Cheney-Rumsfeld manifesto responded to terrorism by declaring the U.S.’ readiness for war. This document coined the phrase “preemptive war” and became a balm to the U.S. and its internal fears.

Biden’s strategy is not a manifesto, nor exactly a strategy. It reads like a visionary document. To be a crystal-clear vision, it didn’t need to be almost 50 pages long, but to follow the basics: evaluation of the environment and the setting of priorities, goals and policy. Instead, as pointed out by pundits and not dissimilar to the environment in countries such as Bulgaria, the document has passed through consultations within numerous institutions.

These institutions’ own interests are thus reflected in the strategy, and, consequently, the document is an unfocused anthology.

Yet there are a few key points which can give hints of future and current policy goals.

The Risks: China and Russia

Biden’s administration claims that it is not possible to have a purely domestic policy; all relationships abroad affect domestic affairs. This may seem trivial, yet it is an important departure from Trump’s “America First” foreign policy. The hidden message is stronger engagement with foreign policy processes.

This strategy discriminates between divisive geopolitical issues and global issues that affect every country in the world. The established post-Cold War order is pronounced exhausted — something acknowledged this clearly and sincerely for the very first time. The new order replacing it is a high-risk competition between major powers jockeying to impose their own idea of a world order.

Predictably, the U.S. is most concerned about China’s behavior, and the strategy describes the Far East as a high-priority region. The reason lies in the combination of China’s transformation into a world power and its authoritarian regime.

Russia is described as a pressing threat to the stability of the international order. This statement seems strong and unequivocal. A hypothetical Trump administration, despite the war, is unlikely to have ever made such a statement.

Despite these two decisive factors of global instability, the U.S. would cooperate to solve a host of global problems such as climate change, the pandemic, poverty, inflation and energy issues.

The War and Aid to Ukraine

Central to the strategy is the U.S.’ commitment to international security, an anticipated change back to a more traditional, post-Trump foreign policy. But Biden’s stronger stance toward an active foreign policy is more forceful than Barack Obama’s. Biden understands the historical lesson that the price for the absence of U.S. leadership is steep. This has been Biden’s policy for almost two years.

The strategy does not expressly state the nature and length of U.S. aid to Ukraine. This is chiefly due to the not insignificant opposition within the U.S., including from congressional Democrats, against foreign entanglement without clear goals, conditions and timetables, yet with significant financial costs. Thus, much like previous strategies, some policies are clearly defined while others, dependent on complicated congressional negotiations, are skipped over.

The question of war is answered indirectly. Continuous commitment is not made. Yet, Russia is described as a threat to the international order, an order to which the U.S. is committed. Thus, without an explicit promise of lasting support for Ukraine, support is implied because of the U.S.’ fundamental strategic goals. This tension will be resolved imminently in the political arena through the decisions of the U.S. Congress and negotiations with European allies.