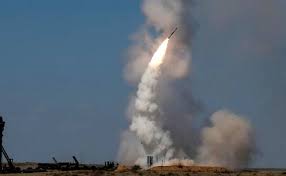 Political analyst Alexander Vedrussov explains why the U.S. is not ready to fight Russia on NATO territory

Westerners are accustomed to blaming the Russians for any crisis in which they find themselves. It’s already their conditioned reflex. For some, it’s becoming a tradition. Therefore, it is rather surprising that Western officials and the media have reacted with such restraint to the missile incident in Przewodów, Poland. A missile hit Poland, a NATO member country, for the first time since the conflict in Ukraine broke out. It would seem the perfect opportunity to create a Russophobic hysteria. However, the West is suspiciously calm and unusually reasonable when it comes to assessing the seriousness of the incident.

It is common knowledge that when there is no evidence that Russia is at fault, Western politicians may say that Russia is “highly likely” to be responsible. And everyone would agree. However, for some reason, President Joe Biden stated the opposite. He said that the missile is unlikely to have been fired by Russian forces. It comes as a surprise that Biden used the word “unlikely” instead of “highly likely.” Maybe he misspoke? This happens quite often with Biden. However, major U.S. media outlets, including the Associated Press, quickly confirmed that the missile was not Russian at all but very much Ukrainian. Reuters reports that the U.S. president has privately informed his NATO and Group of 7 partners about this.

Even Warsaw, which didn’t have enough time to create a full-blown Russophobic hysteria, was forced to step back. And only Kyiv is still trying to convince everyone to establish a no-fly zone over Ukraine.

What does it all mean? First of all, it seems that the U.S. is not ready to fight Russia on NATO territory. Washington is perfectly aware that such an escalation could lead to dangerous consequences. Even if Ukraine or Poland do everything in their power to drag NATO into a direct military confrontation with Russia, they are unlikely to succeed. Neither Washington nor Western Europe wants to invoke Article IV and certainly not Article V of the NATO treaty.

Perhaps there is a silver lining after all. Russia and the West have long been drawing red lines for one another; however, it’s extremely alarming that these lines have often been crossed by both sides. That’s why it is good to know that some red lines are still respected. Apparently, Western politicians haven’t lost their ability to distinguish between incidents and deliberate provocations.

It is one thing to send weapons and military instructors to Ukraine, which the West has managed to do with near impunity so far. And quite another to allow the conflict to spread to NATO territory. It is clear that Moscow is not ready for this. However, Washington also seems to share Russia’s desire to prevent further escalation.

It is sad that Ukraine has become a testing ground for new U.S. and European weapons systems. And it’s still not clear why Kyiv is so proud of it. But it would be even more unfortunate if Kyiv succeeded in provoking NATO to directly engage in the ongoing conflict.

Needless to say, NATO is already deeply involved in the Ukrainian conflict. That’s why the U.S. is increasing its military presence in Poland and Romania, which is likely to have dangerous consequences. However, as long as there is some common sense and a genuine desire to cooperate, both sides can still avoid a worst-case scenario, using existing de-escalation mechanisms.

This is precisely why contact between Central Intelligence Agency Director William Burns and Sergey Naryshkin, the head of Russia’s Foreign Intelligence Service, is good news.

Moreover, if Russia and the U.S. resumed negotiations on nuclear arms control, it would be a step in the right direction. Therefore, the unexpectedly reasonable American response to the missile incident in Poland deserves not only Russia’s attention but also some approval. Washington deserves points for making the effort.

There is little or nothing constructive left in today’s Moscow-Washington relations. They have long been at odds with each other. It is probably even better that way. Fewer illusions. The most important thing is that neither Russia nor the U.S. loses composure but instead that both countries act like adults in the room during crises. Therefore, they should not allow local incidents to escalate into a global military conflict, where there can be no winner in the nuclear age.

The author is the director of the Strateg-PRO analytical center.

About Aleksandr Gopp 33 Articles
He is an EFL teacher and a freelance translator. He holds an MA in 19th Century Russian History. He loves traveling, languages, ancient history, and mobile photography. Currently based in Hanoi, Vietnam.