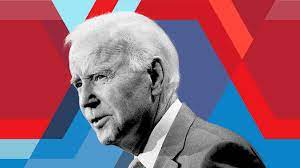 The Democrats’ success in the midterms is not an argument for reelection.

It seems to be an iron law of history: positive events usually have unwanted consequences. At the same time, misfortune often contains the seeds of a change for the better.

This phenomenon can be observed particularly often in U.S. politics. The civil rights movement in the 1960s ignited a countermovement that shifted the country sharply to the right at the expense of many Black people. The celebrated election of Barack Obama as president in 2008 also mobilized right-wing forces that later elevated Donald Trump to the White House. Trump appointed hard-line conservative justices suspended the federally protected right to abortion. But this gut punch to millions of Americans in turn contributed greatly to Democrats doing well in the midterm elections in the face of unfavorable circumstances.

This success could similarly turn out to be a Pyrrhic victory, because there are many signs that President Joe Biden will take credit for his party’s good election outcome and view it as affirmation that he should run for reelection in 2024. That would be extremely risky.

In two years, Biden will be close to 82, and would be 86 at the end of a second term. That’s a heavy burden, even for an office less demanding than that of president of the United States. His age would thus be a constant issue on the campaign trail, especially if he had to go up against Florida Gov. Ron DeSantis, who is in his mid-40s. But even Trump, who is not much younger, seems considerably more agile than Biden.

Age aside, Biden is not now and never has been an especially talented politician. He often puts his foot in his mouth and tends toward headstrong decisions, frequently with disastrous consequences; the overhasty withdrawal from Afghanistan, for instance, against the advice of most military experts.

Biden is weak at campaigning; even in 2020, his candidacy almost failed running against Trump, despite Trump’s catastrophic record. Biden’s unpopularity is not just due to inflation and other problems. It has a lot to do with Biden himself.

The Democrats would surely have a better chance in 2024 with a fresher candidate. There are certainly enough aspiring presidential hopefuls, including some who are not as well known. It does not have to automatically be Vice President Kamala Harris, who remains basically without a profile. An open primary field is an opportunity for exciting discussions that do not diminish the possibilities of a later victory.

But for that to happen, Biden would have to put party and nation before himself. That seems to be as difficult for him to do as it was for Trump, who is equally burdensome to his party as Biden is to his own. The stubbornness of old men will likely define U.S. politics in the coming weeks.

Trump’s return to the White House would be a threat to U.S. democracy. But even without him, the Republican Party has moved so far right that it must be kept out of power no matter what.

By declining to seek a second term, Biden would go down in history as a bulwark against the threat of authoritarianism. If he runs again, he may well pave its way.