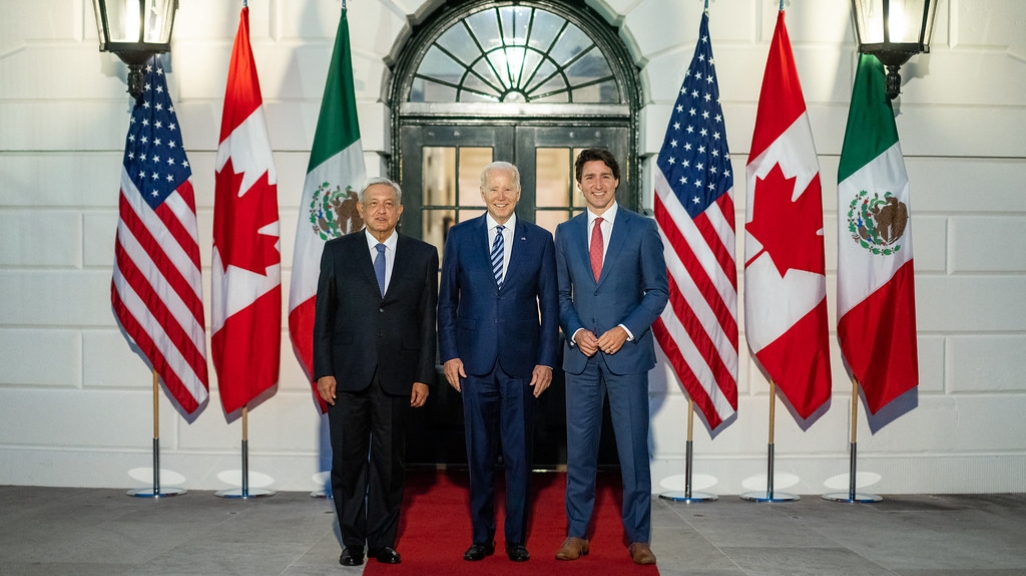 The American president wants to expand cooperation with Mexico and Canada to protect supply chains. Europe could learn something from that.

Despite all the efforts at cooperation, North America is a region of unequal partners. The U.S. and Canada are among the most developed countries in the world, and their relations, for the most part, flow smoothly. Mexico, in contrast, is a developing country whose relations with the U.S. in particular are strained time and again by problems of illegal migration, drug trafficking and conflict around economic and trade issues.

The fact that the heads of state from the three countries were able to address those issues in a friendly atmosphere during their summit in Mexico City is due above all to Donald Trump no longer sitting in the White House.

Joe Biden established a theme that could bring the three countries even closer together economically: protection from “haphazard” supply chain disruptions — in other words, possible interruptions by China.

That is a goal that is now often being mentioned in Europe, along with the desire to limit, or at least better regulate, immigration. The EU, too, would have to invest more in regional cooperation, in its relations with (North) Africa in particular.

Still, German government officials often travel to the neighboring continent, which has been neglected in Berlin for far too long. Politics can be changed, but not geography.