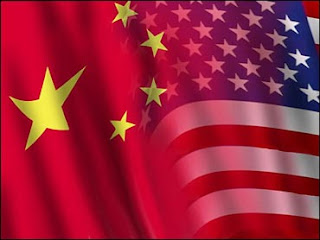 In the economic stimulus plan passed by the House of Representatives on January 28, "Buy American" is emphasized. The report requires that the iron and steel needed in $90 billion of infrastructure investment projects be produced domestically by American firms. Other sources say that, in the Senate's version of the stimulus plan, this restriction may be expanded to cover the entire $355 billion of government spending on products and equipment.

The "Buy American" concept has its origins in the Buy American Act of 1933. The initial purpose of the law was to "support and protect American industries, workers and capital investments." The law stipulated that the government can only buy foreign goods if American output is insufficient, domestic prices are high or if not buying foriegn goods would be damaging to America's national interests.

The possibility of American protectionism has both supporters and opponents. The Obama administration's attitude on the controversy has been ambiguous. "We're reviewing the Buy American plan proposal, and we are committed to a plan that will save or create at least 3 million jobs including jobs in manufacturing," a White House spokeswoman said.

Dereck Scissors, a research fellow at the Heritage Foundation's Asian Studies Center, thinks that if America puts protectionism into practice it will damage U.S. foreign relations. He points out that America may put up trade barriers against China, but due to China's importance in supplying low-end goods, the Democratic Party should consider the effects that protectionism would have on the poor.

Concerning the U.S. government's lean toward protectionism, Scissors is worried, but determined to oppose this course of action. He thinks that the American government still does not understand how much impact trade links have on foreign relations with respect to East Asia. "On the one hand, it wants to raise tariffs - on the other hand, it wants even better relations, which is completely impossible." If trade ties remain bad between China and America, the U.S. will be unable to have good relations with China. The U.S. government needs to understand this point, but at the moment, it is not clear that it does.

Where China is concerned, Scissors thinks that some protectionism is unavoidable; the core questions concern how long the trade restrictions will be maintained, the scale of their effects and the extent of their focus on China. "Buy American" does not adhere to WTO rules, and moreover is directed at all nations. If this mentality is discredited, naturally it would be a good thing, but it is necessary to note that many people propose simply focusing on China; America's comparatively large trade deficit with China could allow such a policy to pass through Congress.

Scissors points out that "Buy American" would penalize a lot of economics, including those of Japan, South Korea, India, Australia and America's European trading partners; if it put trade restrictions in place, these countries and regions would protest. But, if only China were affected, then it would be the only country to complain. This would easily obtain the support of Congress. "Congress will say, we can't punish everyone, so we'll just target the country with which we have the biggest trade deficit, namely China."

Americans will not realize right away that trade barriers with China are actually not in their interest, but, as things gets more expensive, they will discover this point. Scissors says, "At first, people will say this was a good thing to do, but slowly they'll realize that this isn't the case." Analyzing the relationship between China and Walmart, he says that after Walmart, everything became cheaper, and poor people relied on cheap goods to get by. Because Walmart and China collaborate as part of the same supply chain, Walmart cannot obtain the same type of contract in Japan or India. If tariffs are raised against China, low-income people will feel the brunt of the impact.

Scissors thinks that China is very vulnerable and could easily become a target. China is neither America's ally nor its enemy. But among the ranks of "non-aligned" nations, China is the biggest country. China's advantage is its importance in providing low-end products, which are mostly bought by poor Americans, making it difficult for Democrats to confront this issue. More importantly, there is no replacement for China. It is impossible for Walmart to obtain supply agreements with India, because India's trade restrictions are much greater than China's, in addition to various political factors; although Walmart has tried to operate in India, it has always failed to reach an agreement in the end.

Scissors says that, if the Democrats were aware that protectionism against China would adversely affect low-income Americans, they would know that trade with China is essential.

Scissors says that the WTO does not resolve trade disputes involving steel, so, if the U.S. only confines itself to steel, then it might be able to muddle through. As the affected countries, China and India will be unhappy, but nothing more. However, once the process starts, it may spread. Therefore, the question is now to see how far American trade protectionism will go.