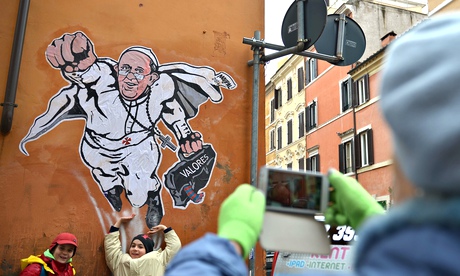 The last few weeks saw movement toward a united Europe, but no decisions on the big issues that began with the horrors in Gaza, continued with the founders of the caliphate burying dozens of peaceful Yazidis — Zoroastrian worshipers — alive and ended with villages abandoned by thousands of fleeing Christian families, who were threatened with death if they did not convert to strict Islam.

Throughout Europe, especially in France, there runs a deep discouragement. It runs from political circumstances to war situations such as Ukraine, Syria, Libya and Iraq. The economy and the will to unify the European Union lack [momentum for] a definitive result. This does not match Carl Schmitt's assertion: “Sovereign is he who decides on the exception.”

Europe failed to consolidate the power of active sovereignty. It is a giant without fists (or that does not want to have them). Europe does not decide the major issues. For now, the West has only one phone number in case of acute crisis: the White House.

A vast horizon of decadence and lack of leadership affects the entire Western world. The empire wants to manage itself as a republic and the powerful republics of the EU don’t step up to the pragmatism that is demanded by the reality of their history and their imperial past. They are not even a shadow of the generation of renaissance founders such as Adenauer, De Gasperi and De Gaulle, who lifted their people from the material and moral ruin of 1945.

In the days of the terrible punishment of Gaza, after a telephone discussion with the prime minister of Israel (in which there was apparently some shouting), President Obama told the world that he demanded an “immediate ceasefire without conditions.”* The demand did not get an answer.

Only 24 hours later, a spokesman for the United States Ministry of Defense reported that a resupply of ammunition and equipment used by Israel had been ordered, and meanwhile, the Israeli premier — as if nothing had been said — announced that he would carry out the offensive aimed at Hamas to its end.

This ambiguous conduct led to a highly original interpretation of Regis Debray, published in Le Monde: "For the United States, technological hypermodernism together with archaic theology, or the alliance of the dollar and the Good Lord, was and is the world sovereign equation today. But contrary to popular belief, Israel is not a colony of the United States but its symbolic metropolis — the Promised Land. Its largest partner, metaphysically.”

What is certain is that Washington, over and above the eternal problem of Palestine, is now faced with the surprising and overwhelming force of the Syrian-Iraqi caliphate, the Islamic State group. It has to decide whether to send troops to fight in Iraq, from which it retired as protector in 2011 with praise for the installed “democracy.” (The Anglo-Saxons cannot understand that the Middle East and East have more complex, traditional and particular systems that are, in any case, distinct from liberal democratic capitalism.)

The United States helps with its Air Force and a multitude of drones, but still it’s estimated that several tens of thousands of Christians are losing their towns and the possibility of a normal life.

European radio stations repeat the words the pope told journalists at 10,000 feet while returning from Korea. “In these cases, where there is an unjust aggression, I can only say that it is licit to stop the unjust aggressor. I underscore the verb ‘stop.’ I’m not saying ‘bomb’ or ‘make war,’ just ‘stop.' And the means that can be used to stop them must be evaluated.”

The pope had an unprecedented international acceptance. Many gestures of his personality, as well as his authenticity, had such an echo that in a few months it had placed him in the position of a first-rate international figure. This reality of acceptance and empathy certainly lets him act with authority today with world leaders, and establishes him as a spiritual reference in the Western Hemisphere.

While the strength of the church is the faith that takes place in the solitude of every faithful [person] in prayer and becomes spiritual strength, throughout history the church was present and engaged in mundane reality during decisive moments. Pope Francis appears to be working on an unresolved crisis. In his message at Aparecida, he told the bishops of a vision of decadence that required a greater commitment to spiritual reconstruction: “Many escape the dark side of globalization: the loss of the sense of life; personal disintegration; lack of belonging; the subtle but relentless violence; internal breakdown and broken families; loneliness and abandonment; divisions and the inability to love, forgive and understand; poison inside that transforms life into hell; the need for tenderness when we feel incapable; unsuccessful attempts to find answers with drugs, alcohol or sex, [all] transformed into additional prisons.”*

These basic concepts are repeated in his message to young people in Brazil, in the letter to the heads of state of the G-20, and then again in Korea — key people because of the break between frenetic capitalism and their old, traditional culture, which has led to a tremendous social and youth crisis.

Referring to the possibility of globalized war, the pope warned of the danger of mistakenly heading toward another Lepanto, the 1571 historic battle in the West in which the Christian Holy League (Venice, Spain and the Holy See) defeated the Muslim power and created a form of distant and secular coexistence between Christianity and Islam — a truce possibly interrupted during World War I and after the recent Anglo-Saxon actions in Iraq and Afghanistan.

The attitude of the pope might match the complex theological notion of the word “katejón,” used by St. Paul in his second letter to the Thessalonians and persecuted Christians, known as the “Brothers Stand Firm” exhortation: “Let no one deceive you in any way. For it will not be, unless the departure comes first, and the man of sin is revealed, the son of destruction.”

The idea of “katejón” is to curb, in the sense of need, the limits of passive Christianity. St. Augustine calls for action without hatred and excess to stop only extreme ignominy and injustice. He saw in his reflection that excess would be another injustice that would demand further punishment or revenge, in the repetitive and fatal cycle of “an eye for an eye, a tooth for a tooth.” This is the painful cycle and human error that only Christianity, among the Abrahamic religions, has overcome.

St. Thomas finally synthesizes the notion of required action, or just war, in the line of St. Augustine.

The “katejón,” in the words of Pope Francis, would include a committed call in times of threat and disorientation and the absence of political courage and greatness: a renaissance call against the weakness of a West that is unable to defend its truths and values.

*Editor's note: The original quotation, accurately translated, could not be verified.