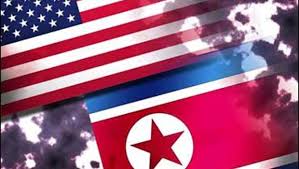 Since the beginning of the year, tensions have once more run high on the Korean Peninsula. Some strategic observers believe that the United States is likely to wage a "special operations war" against North Korea to protect its military allies and maintain control over developments in regional affairs. The fact is, however, that it will be no simple matter for the Americans to conduct even a single U.S. Army Special Forces operation, let alone a full-blown war.

To launch such a "war," the United States must first establish just cause and reason, procuring several legal bases. Internationally, it would have to obtain the authorization and support of the U.N. Security Council, and on the domestic front, any U.S. military action against foreign states requires congressional approval. Despite the fact that the War Powers Resolution passed by Congress in 1973 permits the president to opt for military action without first obtaining congressional approval, he still must notify Congress of the action within 48 hours, and must withdraw troops within 60 days (90 at the most) if congressional authorization is not forthcoming.

Despite the fact that the several U.S.-led wars of the 21st century suggest that the United States is unlikely to scrub a military operation simply due to the U.N. withholding its blessing, congressional approval has largely retained its importance. With the 2001 war in Afghanistan, the George W. Bush administration rashly started the conflict despite lack of U.N. authorization for military action by exercising the special permission granted to the president by Congress after the 9/11 attacks; namely, the authorization to use any means necessary, military or otherwise, to guarantee U.S. national security. In 2003, the Bush administration again sidestepped the U.N. Security Council when it declared war on Iraq, but Congress had already given permission for military action against Iraq in 2002. The 2011 war in Libya was an exception to this. In March of that year, the U.N. Security Council passed Resolution 1973 that established a no-fly zone in Libya, which the Obama administration subsequently used as the basis for intervening in the Libyan civil war without explicit U.N. approval, increasing the level of NATO military operations in the country. The Obama administration claimed that as the United States was only serving in a supportive capacity, the restrictions of the War Powers Resolution did not apply and congressional authorization was unnecessary.

Secondly, the decision to wage a special operations war cannot simply be made by a leader on brash impulse alone, as it would be unique in requiring extended and extensive intelligence gathering in support of any action. Added to the fact that such a war would be time-sensitive, clandestine, and fairly opaque to the public by nature, it is certain that the U.S. government will tread lightly in this presidential election year. It is also precisely due to this that the U.S. military's newly-issued "special operations doctrine" still explicitly mentions the three core principles of operations being "discrete, precise, and scalable."

The United States has created a multitude of detailed emergency response contingencies for certain states and situations, but implementation of those plans will still involve a process. If a crisis occurs, the U.S. military will quickly select, adjust and expand a plan that will become an operation plan, which in turn will be refined and translated into an operation order and war resolution at the behest of the national command authorities.

Finally, whether or not the United States will enter into a "special operations war" also depends upon its long-term strategic calculus. If plans for military action conflict with long-term national interests, they are unlikely to be executed. For example, a crisis on the Korean Peninsula that is not yet entirely out of hand is precisely what the United States needs for a strategic springboard to maintain an extended security deterrent against China and even threaten Russia's strategic interests in the Far East. The United States ostensibly leads the push for denuclearization of the peninsula while continuing to ratchet up military deployments to South Korea, seeking to buttress its strategic encirclement of China via a "pincer attack" from north to south (including the South China Sea). Under these circumstances, why would it ever fight a "special operations war"?

The author is an instructor at the People's Liberation Army Special Warfare School.