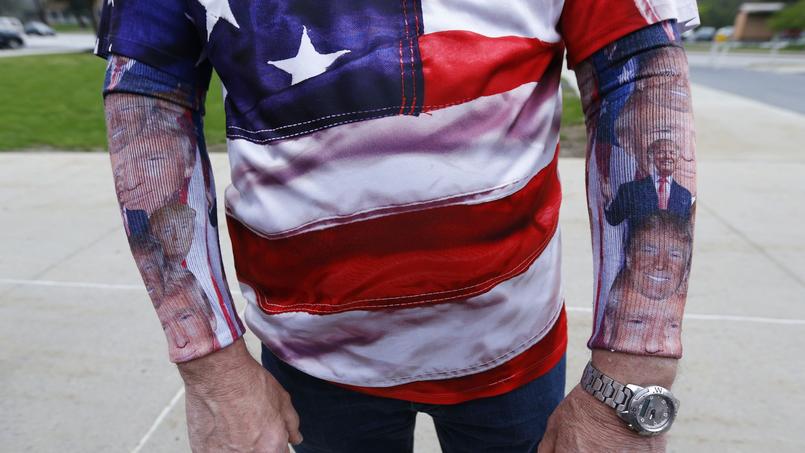 Lauric Henneton details the five possible scenarios that could end the American primary campaign. In each case, he sees a damaged political landscape.

Such indecision is rare, especially when it affects both sides at the same time. It is damaging for several reasons: Firstly, because the time spent deciding within the party is time that can’t be devoted to developing a national strategy, and that’s not to mention the resources that the winner will no longer have at their disposal to attack the other side. Also — and perhaps especially — because the unprecedented extension of these two primaries is disrupting the habitual temporariness of the whole process. Of course, in 2008 we had to wait until the beginning of June for Hillary Clinton to end up throwing in the towel and rallying behind Obama’s banner. But the Republicans had had their candidate, John McCain, since early March — which didn’t stop Obama from beating McCain in November. However, the saturation of candidates was not the same with only one primary still at stake. And this year, the conventions are taking place in July, rather than at the end of August, which will provide welcome respite between the primaries, usually January to March, and the campaign period proper, August to November. The break risks being short, between June (the California primary) and the Republican Convention in Cleveland from July 18-21. And this saturation could be detrimental to mobilization, which is vital after all, especially for the Democrats.

The main question on the Democrat side is when Bernie Sanders will give up, which he seemingly hasn’t decided to do. On the Republican side, it is statistically unlikely (but not completely impossible) that Donald Trump will succeed in gaining the 1,237 delegates needed to win the nomination. The other question concerns the potential withdrawal of John Kasich, who can’t get out of third place, and whom Cruz’s supporters accuse of splitting the “anti-Trump” vote. However, it can’t be taken for granted that Kasich’s votes will be carried over to Cruz: Kasich’s voters are a lot more moderate and less evangelical than Cruz’s.

It is therefore likely that — at least for the Republicans — we will head toward a contested convention, charged with deciding who will represent the Grand Old Party in November. Five scenarios are emerging:

1) Donald Trump wins the nomination: Very unlikely — the number-one rule of the convention is absolute majority. Regardless of the number of ballots, there has to be majority. Is Trump a more legitimate candidate by simple virtue of arriving at the convention in the lead? The rules of the convention are clear: A relative majority gives no priority. Hence, Abraham Lincoln was not in the lead at the 1860 convention, but still won the nomination (and the presidency). Conversely, Ronald Reagan was in the lead in 1976, but ended up losing to Gerald Ford and backed him without making a fuss. For the moment, it is very unlikely that enough delegates supporting Cruz or Kasich would transfer their votes to Trump.

2) A Cruz-Kasich ticket: It is less unlikely, on the other hand, that the pro-Kasich delegates would transfer their votes to Cruz while pinching their noses to stand together to block Trump, even if their voters are extremely different. Nominating a less conservative vice president like Kasich could be a compromise solution. In this scenario, Trump, in an act of fair play, would accept the majority rule, as Reagan did in 1976. It is then highly likely that many of his voters, feeling betrayed, will not turn out to vote in November.

3) Trump goes it alone: We can clearly imagine a scenario where Trump is beaten, doesn’t accept the situation, laments a miscarriage of democracy (after all, he has had more delegates and votes during primary season), and decides to run as an independent candidate. The lineup would then be like it was in 1992, with Trump in the role of billionaire Ross Perot, who siphoned some of Bush’s vote and thereby helped Bill Clinton get elected. What an odd historical hiccup it would be if an independent billionaire candidate got no less than a Clinton elected.

4) An external candidate (Nikki Haley?): It’s not impossible — but quite unlikely — that the Republicans will try to find an opportune candidate who isn’t one of the three finalists. Paul Ryan, the speaker of the House of Representatives and Mitt Romney’s running mate in 2012, was approached but declined the invitation. Nikki Haley, the highly popular governor of South Carolina, could then play the female card, but she has not taken part in the primaries. She lent her support — though not decisively — to Marco Rubio. Many observers predict that she has a good political future ahead of her, but she would be better to stand as a running mate at this stage in her career.

5) Then again, two sub-scenarios appear, with and without Trump as an independent candidate. The only scenario that seems theoretically impossible is resorting to a “fresh” candidate who has already been defeated during the primaries: Marco Rubio, Jeb Bush or Scott Walker. On the other hand, one of them could become Cruz’s (or, less likely, Kasich’s) running mate.

In reality, the only certainty remains the most total uncertainty.

In all these specific cases, the Republican Party will try to keep up appearances to the detriment of a group of pro-Trump voters who will feel betrayed by the establishment. But in the end, the result could also weaken Republican candidates for Congress (the mandates of one-third of the senators and all of the members of the House of Representatives are renewed for two years). For the Republicans, Congress remains a key variable, because if they lose the presidential election — which is still possible with a Clinton nomination, and paradoxically likely if Sanders is the Democratic candidate — Congress would be the place of resistance, as it has been since 2010. Obama has, of course, been president for seven years, but he has been facing a Congress that has been especially hostile for the last five years, and his role as president has been considerably diminished due to the systematic obstruction of a willingly hard-line Congress. For the Republicans, losing the presidency but retaining Congress would not be the end of the world. For the Democrats, winning the White House but having to make concessions to a hostile Congress would be a pyrrhic victory.

1 Comment on American Primaries: Five Scenarios and a Ruined Wasteland