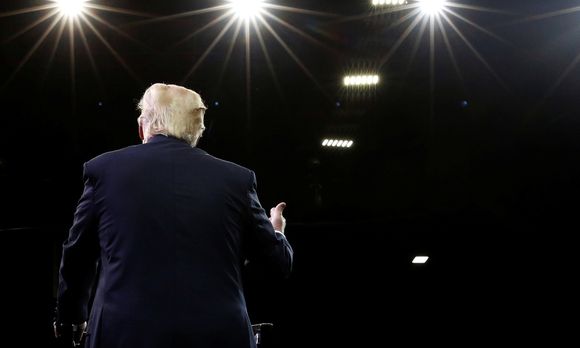 All around, oversimplifiers with pseudo-answers are gaining ground. The liberal elite should not demonize them, but rather speak to them, because otherwise, the Trumps of this world will continue to radicalize.

Look it up in Plutarch and Thucydides: Populists and demagogues are truly no new phenomenon; they existed in ancient Rome as well as in Greek antiquity. The stock character of the tribune of the people is written in the genes of democracy. In spite of this, the elite is always frightened anew whenever a verbal bully unrestrainedly tells the people what they want to hear and thereby succeeds. At the moment, the liberal establishment, namely worldwide, is paralyzed with the shudders.

Recently in the Philippines, a macho mayor named Edgar Duterte, who wants to publicly execute criminals and who once described the pope as the son of a whore, won the presidential election. In the U.S., the Republicans are actually going into battle for the White House with Donald Trump, a vulgar billionaire who condemns free trade, wants to deport millions of illegal immigrants, no longer allow Muslims into the country and let the Mexicans pay for the building of a wall on the border. And across Europe, isolationist oversimplifiers and hatemongers are gaining ground with their destructive, bold pseudo-answers. The reasons for their success are different: In Austria, frustration over the cartel of proportional representation is being vented; in the Philippines, corruption and poverty are driving voters to Duterte; in the U.S., Trump is fishing in the reservoir of angry, short-changed whites who fear for their demographic majority. Yet, commonalities can be distilled from the global trend.

Populists do not operate in a vacuum. They profit from general dissatisfaction with the system, from ramifications of globalization, from insecurity due to change. They enjoy an influx when the economy or income development of certain strata stagnates. Two well-oiled mobilization factors are added in Europe: immigration and the insufficient capacity of the European Union to solve problems. Both factors activate people like right-wing populist hit songs in a jukebox with the emphasis on national identity and fear of foreign infiltration and Islam. The EU provides the perfect image of the enemy in the face of its loss of control in the refugee crisis.

The example of Austria teaches that exclusion is not the appropriate means of curbing right-wing populists. To the contrary: They then thrive even better. Integration would be the imperative of the hour. One can only anticipate moderation when the isolated milieus of the liberals and right-wing populists make contact with one another. Currently they are almost only speaking with their own kind. Thus, opinions don’t wind down; they escalate, sharpened by incestuous communication bubbles in social media.

One should remain in conversation, not condemn populism, but instead ideally, even, make it useful like the great old man of German sociology, Jürgen Habermas, suggested in a 2014 interview with the Frankfurter Allgemeine Zeitung: “Right-wing populism compels the switch from past elite mode to the involvement of the citizens.” That could also be a possibility.