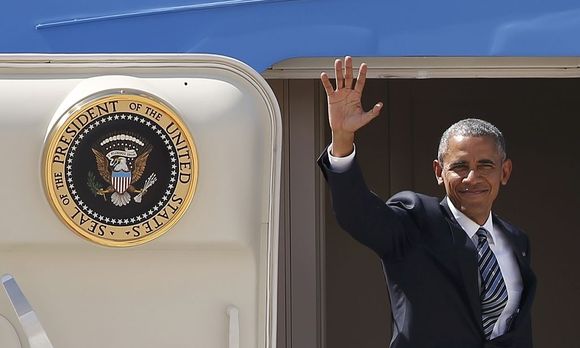 “U.S. president agrees to the ‘defense of every NATO ally.’” The eastern NATO nations are pleased about the signal to Russia. Moscow counters that the alliance is only imagining a threat.

Warsaw. They were clear words that President Obama had ready for his allies before his departure from the NATO summit in Warsaw: “In this challenging moment, I want to take this opportunity to state clearly what will never change — and that is the unwavering commitment of the United States to the security and defense of Europe, to our transatlantic relationship, to our commitment to our common defense.” Obama pointed out that more than 60,000 U.S. soldiers served in dozens of European nations. “And my point is this: In good times and in bad, Europe can count on the United States — always,” said the departing president. “We will defend every ally.” The last comment was primarily designed for the encouragement of the NATO allies like the Baltic nations that feel themselves especially threatened by Russia.

At the end, Obama flew on to Spain for the weekend where he met King Felipe VI — and quite casually criticized the EU austerity policy. Then it was — earlier than planned on account of the most recent violence in the U.S. — back to Washington.

The international guests had hardly departed from Warsaw, and the NATO summit in the Polish capital had hardly ended when satisfaction in Eastern Europe about the outcome of the meeting spread. Finally, one had shot across the bow of Kremlin boss Vladimir Putin or words to that effect, said many commentators between Sofia and Tallinn. It bothers the East little that the summit is being criticized as anti-Russia not only in Moscow, but also in Western capitals. “I think that there has been no event in past years as important as this summit, as the fact that NATO military will be permanently stationed in Poland,” said Poland’s Interior Minister Mariusz Błaszczak. “That will take the desire for aggression against Poland or other countries away from aggressors,” the Polish government politician was pleased to say.

In Poland, of all places, an important historical element is added to the NATO decision about the stationing of four multinational forces. Caught in the drama of being rendered defenseless during the German invasion in 1939, the desire in Poland for guarantees of security in the form of NATO troops was always strong. Always important with respect to that was having as many American troops as possible permanently stationed in Poland. Polish calculations specifically assume that American casualties in case of a Russian attack on Poland would automatically pull the United States into a war. The U.S. therefore wouldn’t be able to duck out of a military deployment in favor of Poland like the Brits and French did in 1939. That plays no role given the fact that a Russian attack is highly improbable today — in spite of the position in the Ukrainian Donbass. More important to the Poles is the trauma of being a victim of World War II.

The Baltic states, like Poland, which are victims of the Hitler-Stalin Pact, present a similar argument. Hundreds of thousands of Lithuanians, Latvians and Estonians were exiled to Siberia by the Soviets; most of them died in the Soviet Gulag. That Germany of all nations should now lead the NATO forces stationed in Lithuania is hardly controversial, but it is instead a reason to rejoice. The Polish public repeatedly praised the fact that Germany had finally given up its resistance to a NATO troop deployment on the border with Russia.

Poland, Lithuania, Latvia and Estonia have therefore received the security guarantees that they have always asked for. The most criticism is over the fact that troop strength has turned out to be less than originally desired. In 2014, Poland asked for at least two NATO forces with 1,000 men each. One also wanted to have a permanent presence with regard to troop rotations, something that was agreed to in the NATO-Russian Founding Act of 1997. This shortcoming from the Eastern European viewpoint is mitigated by the additional transfer of a very heavy brigade of around 4,500 men to the east flank announced by the United States.

As emphasized again and again in Warsaw, Vilnius, Riga and Tallinn, Eastern European experience with Russia moreover shows that the Kremlin only understands the language of severity. Deterrence is therefore much more important to the Eastern Europeans than dialogue. Russia is not prepared to behave differently, as Lithuanian President Dalia Grybauskaité explained after the summit ended. “NATO has finally left its planning phase behind it, has gone into the field and has become a true defense organization,” Grybauskaité said. “It is the first time after the Cold War that the NATO partners are investing in deterrence and defense of their own territories to this degree.”

Moscow showed itself to be astonishingly restrained in its first reaction: “It is absurd to talk about any threat coming from Russia at a time when hundreds of people are dying in the Middle East daily,” said Kremlin spokesman Dmitry Peskov. Russia’s foreign ministry explained that NATO is fixated on defense against a threat from the East that doesn’t even exist. One will insist on explanations for the most recent plans at the Russia-NATO Council on Wednesday, but for the time being there are no new threatening gestures from Moscow. Yet, before the summit, Russia’s President Putin had threatened harsh countermeasures if a strengthening of the NATO east flank were decided upon in Warsaw.