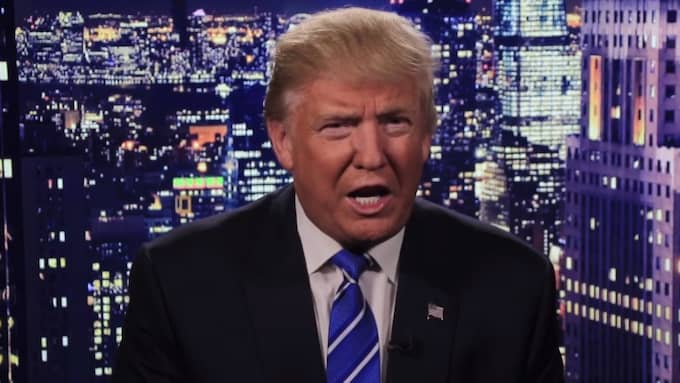 Donald Trump apologizes. This shows how serious the revelation is. He has probably just lost the election.

The apology came only a short while after The Washington Post published the story and the video in which Donald Trump makes lewd remarks about women and what he likes to do with them.

A private moment he surely did not expect would ever get published. An insight into Trump the person, the man who hopes to become the next president of the United States.

For many of his U.S. supporters, this will not change anything. They like him anyway. They will vote for him regardless. Some will probably like him more following this.

There are others, however. Those who are undecided today. Those who haven’t decided whether to vote for Hillary Clinton or Trump.

The American TV networks had to issue the strongest of warnings before playing the video clip with the recordings last night. It ended up being a news feature so big that it immediately cancelled out coverage of Hurricane Matthew.

For a long period during the clip, Trump isn’t visible. We only hear his voice from inside the bus.

Then, toward the end, he gets off the bus. In some ways it looks like he is getting off a campaign bus prior to a campaign rally. This is the man who has just said things that are guaranteed to make many Republican voters blush deeply.

Trump was, as mentioned, quick to apologize. Typically, at the same time he tried to attack Bill Clinton.

Hillary Clinton didn’t wait to react of course. This is what she tweeted:

”This is horrific. We cannot allow this man to become president.”

One may have looked at the statement in a slightly more lenient way if Trump had been unmarried and single when he spoke as he did. However, he was newly married. He married Melania Trump in January 2005. The recordings were made in September. How many newly married men talk about other women in this way?

Sure, there are men who do. However, do Americans want their country’s president to be one of them?