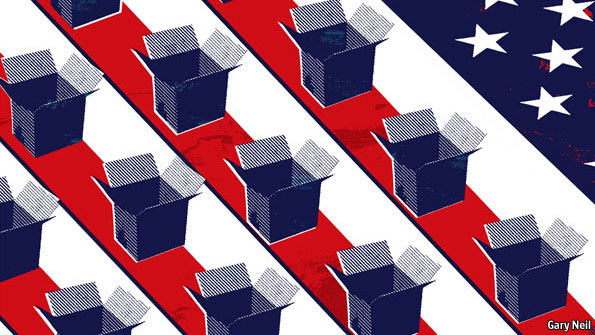 Trump has boasted that he will make America “greater” under his administration, and an important starting point for him is to restore American manufacturing. Will Chinese manufacturing really be pulled away to America?

The real question is, can the American people really take away the Chinese people’s rice bowls, and if so, can they carry them? (Mini-steelwork technology has made American steelworks reduce their employees by 75 percent within 50 years, while their output has remained constant.)

What the Law Says Goes

Capital is inclined to move toward places with low costs and high profits; this is a fundamental rule. It has also led to America’s major problem for the past many years of not being able to regenerate its traditional manufacturing industry. Wherever there is more profit and the cost of the labor force is lower, that is where capital will shift; no matter who takes over the White House, this rule cannot be changed. Fundamentally speaking, the wave of outsourcing that has occurred in American enterprise previously is precisely what is dictated by the intrinsic nature of capital.

In terms of American capital, what field is going to be able to profit the most in the future? Judging from the current situation, it is very likely that the answer will still be finance. Even with the burst of the financial bubble in 2008, in today’s America, finance is still the field that attracts the most amount of money. Not long ago, the Financial Times pointed out that Wall Street’s wolf-like nature is returning. Everybody understands that if finance continues this way, it will create another bubble, but hasn’t the game of capital always been unable to escape this cycle? According to statistics, only around 15 percent of the capital in today’s American financial institutions is invested in corporate financing. (According to the American Department of Commerce statistics, in 2011 the financial sector’s yield constituted 8.4 percent of America’s total gross domestic product, while in the 1950s, it had not yet reached 3 percent.) Other than these times, the profit of American financial companies has constituted more than 30 percent of the profit obtained in the business industry.

In fact, when Trump himself does business, he also abides by the above rule. His accumulation of wealth mainly depends on money begetting money, while his architectural engineering mainly depends on Chinese products, which are cheaper to import. The most recent issue of Bloomberg Businessweek states that of the past three engineering projects Trump has handled, at least two imported their steel and aluminum from China. One of his projects in Chicago bought a large quantity of energy-saving glass walls from China. From these moves alone, estimating according to American market prices, Trump cost American companies a sum of more than $350 million. (Mugs and t-shirts that the Trump camp used in the campaign were manufactured in China and Honduras.

Trump considers himself to be a “businessman’s president,” and moreover his economic team has so many people who have previously worked in business that they cannot fail to understand what America has after all been relying on these past few years to earn money. They also understand that it is exactly this kind of method of earning money that has led to American-style “deindustrialization” and at the same time also led to the continuously increasing difference between rich and poor.

This is not to say that Obama doesn’t want to regenerate America. One of America’s goals in engaging with the Trans-Pacific Partnership was precisely that it wanted to increase its position in the global manufacturing chain, or in other words, that it wanted to regain the position it had lost. America is the world’s largest consumer market; this was its attempt to reorganize the global manufacturing chain’s capital. However, a few scholars and research institutions in America have made some calculations and realized that in the end, the American manufacturing industry not only cannot use TPP to return to the manufacturing chain, but going a step further, can only turn its domestic markets over to the manufacturing industries of other countries, and that in addition, foreign businesses entering America still can obtain the right to sue the American government. According to a World Bank forecast report, by 2030, the TPP agreement would increase Japan’s GDP by 2.7 percent, but America’s GDP will only be pulled up by .4 percent.

Even by employing machine operators, there is no way to thoroughly reverse this trend. The use of a large number of machine operators can make parts manufacturing remain in or return to America, but not for long. From the perspective of employment, the use of machine operators can only reduce the number of available jobs; it will not increase American employment. The New York Times reported that Trump tells workers in the manufacturing industry that through strict restrictions on trade, offshore outsourcing, and immigration, he will bring jobs back, but economists say that the greatest threat comes from something else – automation.

At the beginning of 2000, I went to the United States to work. Once, I bought some white socks, which were of a heavy knit, for the price of $10.00 per three pairs. Glancing at the label, I saw that unexpectedly it said, “Made in the USA.” The U.S. also manufactured accessories this inexpensive? Afterwards, I read an essay in The Wall Street Journal saying that as it turns out, almost 90 percent of socks at that time in the U.S. market were produced in the United States. Every year, Americans spend $5 billion on socks, not a small number. So how could sock factories remain in the United States?

It turns out that fairly early on, American sock-manufacturing factories moved to automated production. All the same, this trend did not last long. This was not only because Chinese labor force costs were cheap, but also because China had quickly been able to manufacture similar machines and had skilled technicians proficient in operating them. Three years later, I returned to China from the United States, where you could already buy six pairs of socks for $10.00. American sock manufacturing had already been replaced by China.

Of course, the information above does not mean that it would be really difficult for the United States to have any part in the development of the manufacturing industry. Although it is difficult to substantially increase employment, the United States is still superior in finance, innovation, and the market. If policies are advantageous, for instance by continuing to increase investment in high-end manufacturing, the United States will surely go a step further in strengthening its leadership of the direction of global manufacturing development in military industry, medical and information technology, and the field of high-tech air and space innovation.

The Superiority of Asia

Today, discussion of the vigorous development of the manufacturing industry has already become fashionable, so to speak, within the politics of many countries. However, it is only a certain kind of fashionable. Normally what is easier for people to pay attention to is abstract data, such as tax revenue, investing, and the labor force. These factors are naturally very important, but the development of the manufacturing industry does not involve only these factors. An industrious, disciplined and persevering spirit is equally indispensable, and perhaps even more important. Such a spirit is absolutely not something political figures can bring about through a few brave words.

Any Chinese person who visits American communities, even for a day or two, will understand that the idea of America restoring the manufacturing industry of former times is essentially a dream that can never be realized. Given the Chinese people’s personal experience of an abruptly successful manufacturing industry in the past 30-something years, looking at the manners of every race of American conducting activity such as shopping in markets, sauntering in streets and being idle in parks, especially of 20 and 30-something young people, you fundamentally cannot relate them to the thousands and thousands of blue-collar workers who sit on the sidelines of assembly lines. It will be impossible to get Americans back to the assembly once more by performing blue-collar work like that of countries such as China, Vietnam and Cambodia. In today’s America, it is already impossible to find young workers who are willing to do blue-collar work or jobs that require a fixed number of skills used repeatedly. (The labor deficit that the American manufacturing industry faces: 84 percent of managers believe that there is a shortage of workers in the American manufacturing industry. The time required to hire engineers: more than 90 days. Other fields: 48 days. Workers who manufacture technology: 70 days. Engineers, researchers, and scientists: 94 days. In response to this worker crisis, 80 percent of manufacturing companies are willing to pay laborers compensation higher than demanded by market levels. Because of the worker shortage, six of 10 technology manufacturing positions are vacant.)

Developing the manufacturing industry involves many essential factors, but in the final analysis, the basic requirement is for people to go do it. One country’s industrialization and de-industrialization is related to its pattern of development, as well as to the country or people’s cultural traditions. Maybe China’s manufacturing chain will exhibit a definite shift to somewhere else because of its rising labor costs. It probably won’t shift to the United States, though, but rather to countries like India, Vietnam, Myanmar and Cambodia. (Since 2000, the total number of people employed in the American manufacturing industry has exhibited a downward trend.)

Why these countries? Because the young labor force of these countries is still willing to do rudimentary blue-collar work. This logic similarly can explain why some parts of the developing Chinese manufacturing industry are always unable to truly expand. For example, when I used to work in Brazil, I noticed that even though factory owners increased salaries, I’m sad to say that they still could not find too many people who were willing or able to do rudimentary manufacturing. Remember how Foxconn wanted to cross the ocean that year and make Brazil an important center for machine work? The factory hadn’t even been open two years when it suffered so much from constant strikes that it ceased to be heard.

These days, whether considering from the perspective of a country’s manufacturing system or the extent to which its manufacturing chain is fully developed, Asia’s manufacturing industry occupies a leading position globally. This is closely related to the overall expansion of China’s manufacturing industry, as well as to the cultural traditions of several Asian countries and their people. In terms of the Chinese economy’s next steps for transformation and development, this situation also represents a huge opportunity. I perceive that in the future, in addition to needing to maintain a few key enterprises through such methods as finance and tax revenue, China also will have to strengthen and perfect many techniques of Asia’s manufacturing chains. Currently, some enterprises in China have already started to shift production lines to other countries in Asia. For example, Huawei will soon build a cellphone manufacturing factory in India.

Perfecting Asia’s manufacturing chain step-by-step accords with the developmental requirements of Asia’s burgeoning market system, and is also where the key lies to making the “Belt and Road project” more steady in the future. An Asia that weaves a network of production and which links up manufacturing chains will definitely furnish a dynamic force to the all-around rise of Asia in the 21st century.