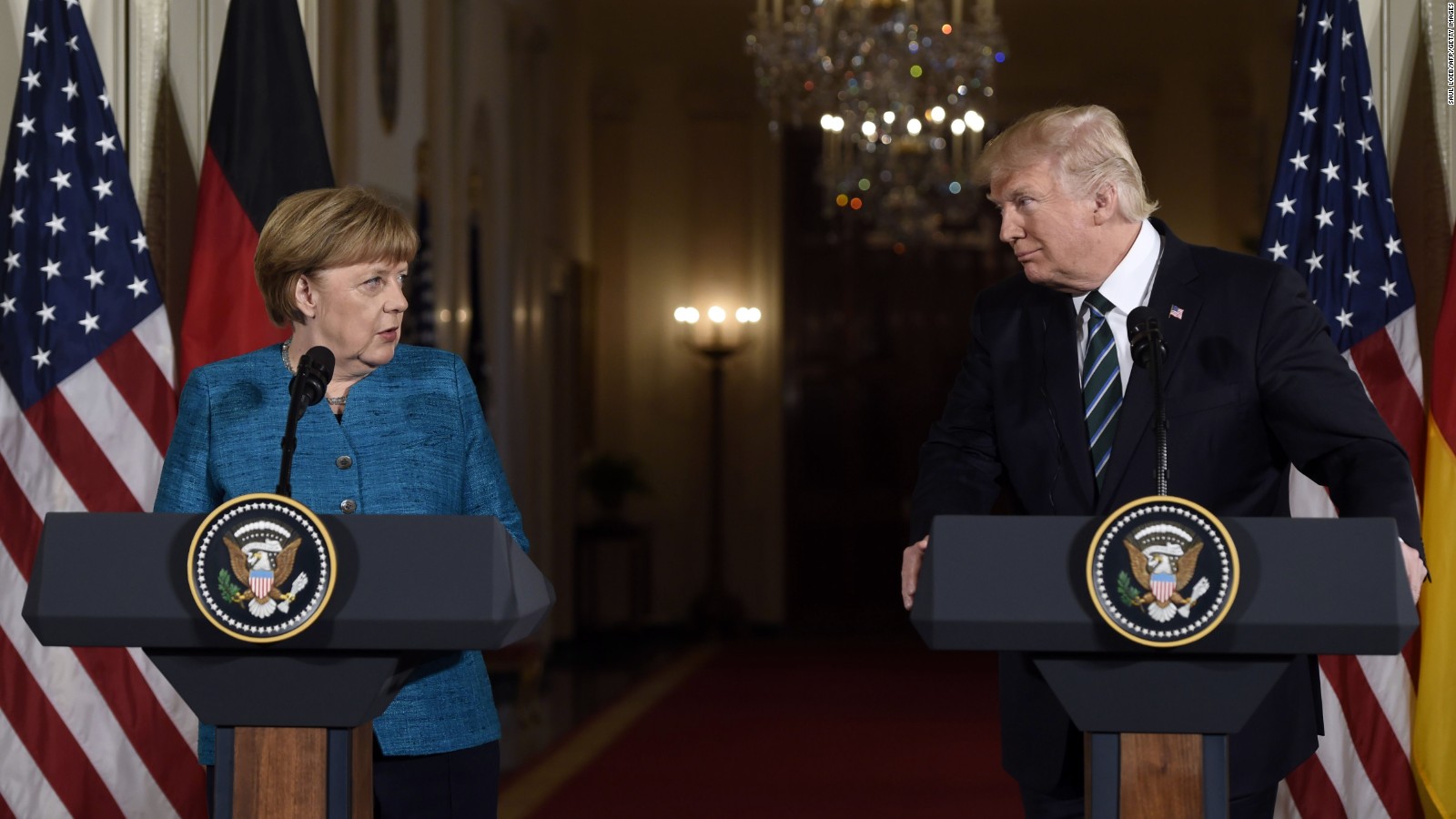 The normalcy of Trump and Merkel's meeting was a sensation. The way they dealt with one another shows why, despite their differences, they will probably get along with each other.

They did not come across as friends, the chancellor and the president, when they met for the first time on Friday at the White House. Or like strangers whose chemistry was right. However, and this is crucial, they did not seem like enemies or like people that have nothing to say to each other, despite their very different personalities.

There was the photo session in the Oval Office, where Donald Trump smiled at the cameras, hardly looked at her, and when photographers encouraged the politicians to shake hands, Merkel seemed to want to, something which she signaled with a small movement and a whispered comment, but he did not react. Cold shoulder? No, apparently he had not heard her.

The host and visitor then had a conversation in the Oval Office in private, followed by a round-table discussion with economic representatives. And then, in the early afternoon, they held a joint press conference and Trump was all Prince Charming. He praised Merkel, the German economy, Germany's deployment in Afghanistan, and he commemorated the 55 soldiers that gave their lives there.

Merkel emphasized the importance of the German-American relationship, advocated for Germany as a continuous partner for the U.S. and thanked the president for welcoming her to the White House.

There was nothing sensational, nothing unusual. Then again, when there is such an extraordinary president as Trump, the normal becomes sensation. They exchanged pleasantries and treated each other with respect.

The fracture points were quite clear. The president professed himself committed to NATO, but repeated his demand that all allies should pay their fair share of the defense costs.

Merkel Can Deal with Changes

Much suggests that Merkel will take Trump’s demand [to increase its contribution to NATO] seriously and not just as a momentary idea of the current commander-in-chief. Trump is setting standards that will remain and not leave Washington with him.

And Merkel can deal with such changes. She demonstrated this after the fall of the Berlin Wall as well as with the changes that came when Barack Obama succeeded George W. Bush. With both of them, she found, despite their differences, a cordial but nevertheless professional and resilient relationship.

She may likely be able to do the same with the new U.S. president, the third president during her term of office. Sometimes she may have to think about how to deal with Trump, as was the case with his remarks, which he used as a distraction but which were quickly disregarded, about how Trump and Merkel might have something in common with regard to a phone tapping affair by the previous administration.

The reporters laughed, the chancellor held back a potential reaction. She will not voice certain things, not to his face nor on Twitter for the whole world to see.

Merkel is a world-wise political pro. Trump is an ardent amateur. Both, however, are pragmatists, free of ideologies. This does not rule out future conflicts or even serious crises between Berlin and Washington.

There is, however, much to suggest that the chancellor and the president will still be able to talk with one another in such situations. More was not to be expected after the first visit. And that is already quite a lot.