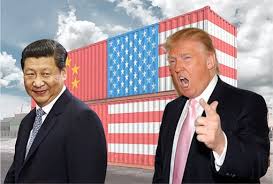 Russia has introduced increased duties on imports of certain goods from the U.S. in response to the U.S.’s additional import duties on steel and aluminum. To explore the risks for the U.S. economy posed by the trade war on several fronts, Actual Commentary talked with economist Nikita Krichevskiy.

The U.S. isn’t leading a war on several fronts – especially not on the front with Russia. The U.S. is busy with protecting its manufacturers, and so far, judging by the rate of economic growth and the number of new jobs, it’s working.

Trade between Russia and the U.S. is worth a couple of billion dollars, but with China, the U.S. deficit makes up about $75 billion. Therefore, there’s no trade war with Russia, and there can’t be – we’re only involved in a small segment of American production.

As for other governments, the Trump administration knew that retaliatory measures would be put in place. Therefore, they were ready for this. The administration will stop when it feels American businesses will be damaged. If it doesn't see it or feel it, then it will go further, and personally, I absolutely support them.

The Russian government did the same thing at the end of the 19th century. It caused the unprecedented rise of the Russian economy 120 years ago. Something like that could happen to the U.S. now.

This won’t hurt the American economy. Trump is a businessman first. He has the mentality of a businessman. As soon as he feels the start of complications, he will immediately switch into reverse.