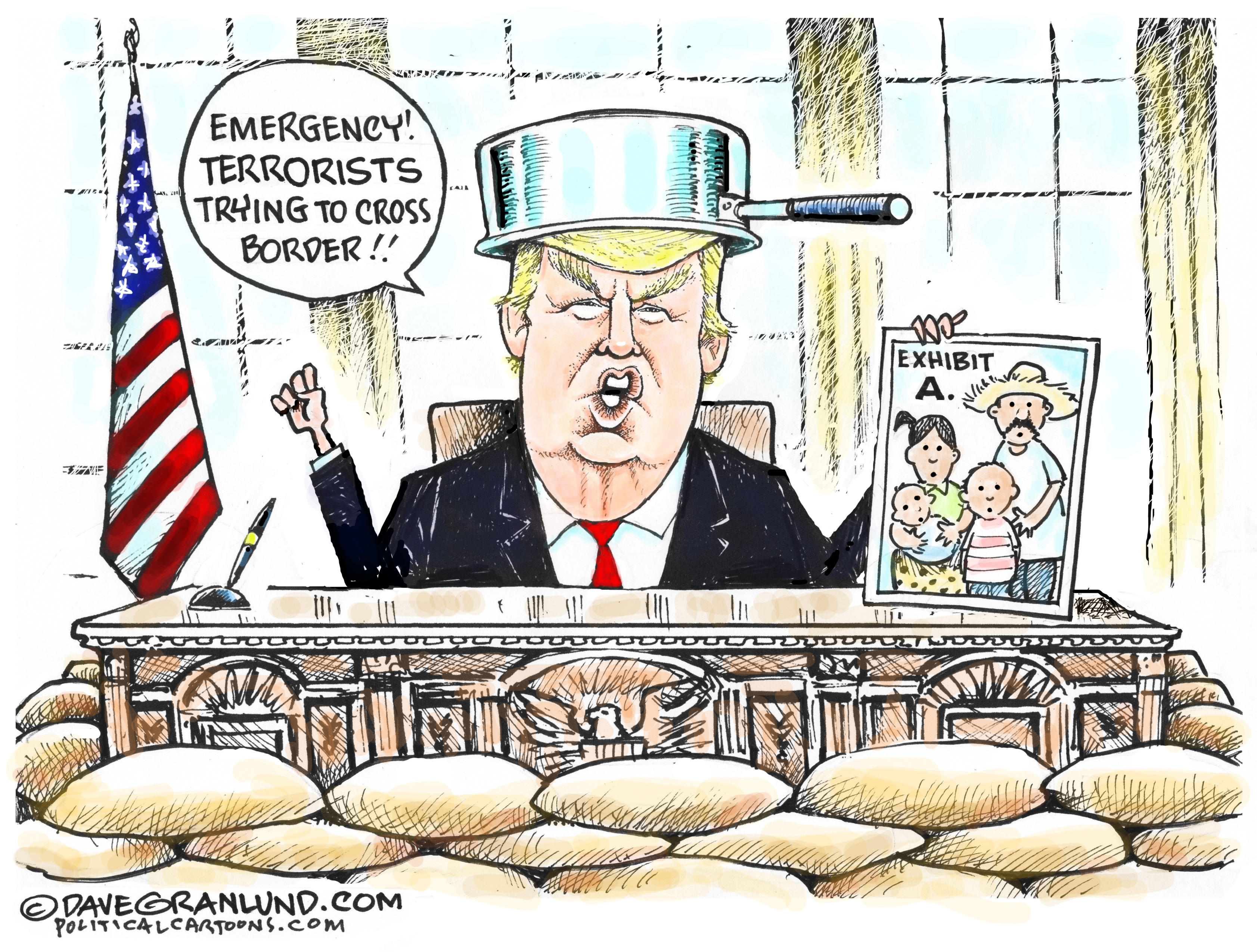 President Donald Trump brings out the heavy artillery in the fight over the wall on the border with Mexico.

The defeat was huge; Trump demanded $5.7 billion from Congress to build a wall on the border with Mexico, however, both parties released only a quarter of that. The first-person shooter cannot stand for that.

So, the president is bringing out the heavy artillery. He will sign the budget bill, but at the same time, against his own party’s warning, he will declare a national emergency at the border. In doing so, he can appropriate money to build the wall. Rhetorically, he has already been setting this up for weeks. He has denounced migrants across the board as criminals and reframed the treks of desperate refugees as an invasion. Now, he unscrupulously fabricates a national emergency.

There are indeed problems at the border. They have much to do with the poverty in many Latin American countries and the unrealistic U.S. immigration laws. There can be no talk of a threatening onslaught. On the contrary, the number of apprehended illegal immigrants has dropped from 1.6 million at the turn of the millennium to 396,000 last year. Despite these numbers, Trump is summarily suspending the separation of powers. The crisis at the border ended long ago. It is reaching the heart of American democracy.