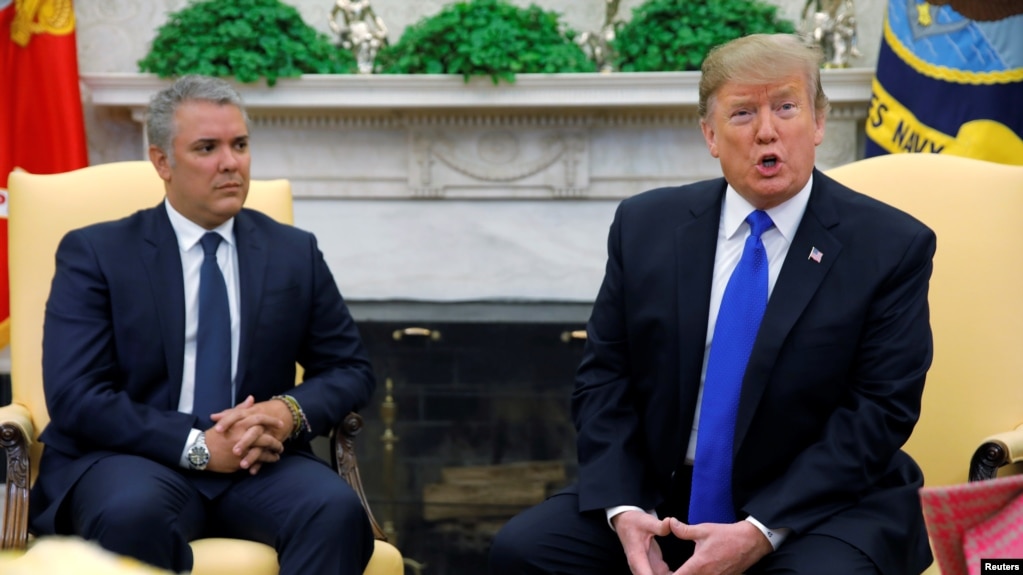 Presidents Ivan Duque and Donald Trump will meet tomorrow, Feb. 12. It will be the Colombian leader’s first time in the White House under the Trump administration, but the second meeting for them. The first meeting was in New York at the end of last year during the United Nations General Assembly.

Duque and Trump have established a solid relationship with a common objective: Venezuela. The crisis in that country — humanitarian, economic and social — inevitably affects Colombia, which has been Washington’s most important ally in the Latin American region for many decades: allies in the war during the governments of George Bush and Alvaro Uribe and Andres Pastrana’s Colombia Plan, and allies for peace during the era of Barack Obama and Juan Manuel Santos.

This is a different White House receiving President Duque, but one characterization of the relationship with Colombia still holds in spite of changing agendas: they are allies. That was true during the war and the peace, and now, it is true in Venezuela. Colombia is important for Washington despite the U.S. president's cancellation of two visits to our country due to domestic issues. And it is true now, in a time when China and Russia want to penetrate Latin America via Venezuela and with the attractive oil reserves of our neighboring country, which are an exquisite prize for any powerful nation including, of course and above all, Russia, China and the U.S.

Therefore Venezuela will be the central topic for the visit to the White House. How long will the Trump administration tolerate the presence of two presidents in that country? How far is the U.S. willing to go in Venezuela, and what will Colombia permit? The remaining topics, the overwhelming increase in illegal crops, the implementation of the peace agreements and even the extradition of Jesús Santrich, will certainly be on the agenda, but not with the prominence of Venezuela, which has been wracked to the point of devastation and is coveted by historic enemies of the U.S.

Duque will also visit Congress with both Democrats and Republicans, centers for multilateral planning and organization, the Colombian community in the U.S. and New York bankers. He arrives with more popularity than he enjoyed one month ago due to the barbarism of the National Liberation Army, and he will stand before the world with a clear agenda that will echo from Washington: opposition to the terrorism that was reimposed on Colombia.