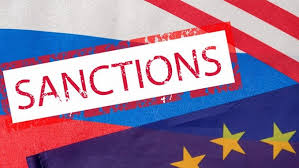 On Aug. 20, the first round of U.S. sanctions against Russia in response to the poisoning of former Russian spy Sergei Skripal and his daughter Yulia in March 2018, allegedly by Russian secret services, took effect. By imposing the sanctions, Washington is restricting Russia’s ability to receive financial or technical assistance from international institutions, including the World Bank and the International Monetary Fund. The sanctions are also going to limit Russia’s ability to export certain goods and technology.

The second round of sanctions takes effect on Aug. 26. Under this set of sanctions, U.S. financial institutions will be prohibited from participating in the primary market for ruble-denominated bonds issued by Russia. The U.S. has also imposed restrictions on lending non-ruble denominated funds to Russia. So, let us look at how all this could affect Russia.

High demand for federal loan bonds is a factor that determines the stability of an economy. The previous round of sanctions on Russia were imposed on Aug. 3. It had not been an unexpected decision. However, the details of the restrictions were released only a couple of weeks before they took effect. So, not only did the demand for government bonds not drop at all, demand increased. Immediately after the sanctions were imposed, the Russian Government Bond Index increased from 142.6 to 142.83 and stayed within these numbers for a while. Such a stable demand for federal loan bonds demonstrates how ineffective the U.S. restrictions are.

The second reason why investors should not have been worried about the U.S. sanctions was the Credit Default Swap Index, which is essentially “insurance against default.” The day the sanctions were announced, the price of a credit default swap increased from $105.91 to $109.33. Higher risks led to a further increase of up to $113.27. However, on Aug. 15, the price was again between $105 and $106.

It seems paradoxical, but so far investors have reacted positively to the recently imposed sanctions. For a few months before the sanctions took effect, traders were dealing with uncertainty, which is why they had to account for high price volatility. The sanctions could have seriously affected the financial, energy and transportation sectors, as well as the ability to buy debt securities. However, so far, sanctions have just prohibited the U.S. banks from lending non-ruble denominated funds to the Russian government and from participating in the primary market.

The third and probably the most important indicator of a country’s creditworthiness is how economic sanctions affect gold and foreign currency reserves. In Russia, this indicator has been relatively stable over the last 10 years, compared to that of other developing countries, since Russia has accumulated $500 billion of the reserves. It is hard to predict how the current situation will change in case global economic shocks occur, but one can be certain that the reserves have allowed Russia to maintain its creditworthiness so it could mitigate a possible economic slowdown in the future.

The numbers provided by international indices prove that the Russian economy is stable. On Aug. 9, Fitch upgraded Russia’s investment trade grading from “BBB-” to “BBB,” with a positive outlook. S&P Global Ratings asserted that Russia’s budget is stable and retains a surplus. They also pointed out that the sanctions are not going to affect U.S. participation in the “secondary” bonds market. The higher cost of borrowing funds from abroad is going to affect Russia’s credit rating negatively to some degree since the biggest U.S. banks might remove Russia's securities from the sovereign bonds index computation. In that case, investors might ditch Russian securities from their portfolios, which will cause a drop in the demand and an increase in the capital cost.

Some experts claim that economic sanctions caused the Russian ruble to plunge in August. However, unlike in August 2018, when the threat of restrictions over the Skripal case cause the value of Russian currency to drop by more than 10%, now the devaluation of the ruble is probably connected to increasing risks in the world economy because of the trade war and sliding oil prices.

In case no major political or economic crises occur in the future, Russia’s credit score will remain stable. However, if a “black swan” event does happen, Russia’s sufficiently diversified economy, together with its significant gold and foreign currency reserves and a balanced budget, will help reduce the volatility of assets.