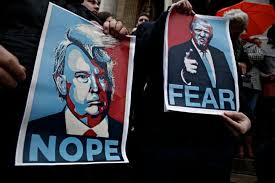 A new and unique event took place last Wednesday in New York in an attempt to open a dialogue between an Egyptian research agency, the Egyptian Center for Strategic Studies, and its counterpart in the United States, the Middle East Institute, about Egyptian and American perspectives on current regional issues in the Middle East.

Many important issues, too many to mention in this article, were raised during the discussion, so I will only discuss four of them.

The first point on which both sides agreed was that the Middle East has lost a large portion of its strategic importance for the United States and that U.S. politics have become less important and less influential in the region. The reasons for this are many, but the most important reason raised by Trump is that the United States no longer needs petrol or gas from the Middle East, and this is a huge strategic change.

Another point that was explicitly discussed by one of the American researchers was that the time has come for Arab countries to deal with issues in the region directly and become less dependent on the United States. For example, why are the Arabs waiting for the United States to carry out what has been called “the deal of the century” to solve the Arab-Israeli conflict? Why don’t the Arabs directly engage in a dialogue with Israel, since they can begin peace talks themselves without Jared Kushner, the president's son-in-law and the person responsible for this deal?

By this same logic, why are the Arabs waiting to see what America’s position with respect to Iran will be when they can talk to Iran about the issues facing the region and the solutions for both sides? The same idea can be applied to Arab relations with Turkey. In essence, it is important that Arabs wean themselves from the United States regarding regional initiatives.

Another topic that came up is that Donald Trump wants to reach some sort of agreement with Iran before the 2020 presidential election to increase his chance of a second term. And within this context, he would be willing to accept merely superficial changes to the deal signed by his predecessor, Barack Obama, and from which he withdrew instead of making any meaningful changes. Iran has refused to negotiate with Trump so far and has no desire to provide him with any gifts that could help him win reelection.

And finally, the discussion would not be complete without mentioning America’s domestic affairs. This is especially true because the conference coincided with the beginning of the legal process to impeach Trump after it was revealed that he engaged the Ukrainian government in an effort to investigate any abuse committed by the son of his Democratic rival, Joe Biden. Trump’s request is considered an illegal act of asking a foreign government for help in an American election. However, there is skepticism about Congress’s ability to impeach President Trump, since impeachment and removal require the approval of both the House of Representatives and the Senate, and the Senate is held by a Republican majority that most likely will not vote against him.

Interestingly, some have suggested that Trump may benefit from the impeachment process, because Congress will also focus on the actions of his rival, Biden. This could lead to Biden losing his party’s nomination and the nomination going to Elizabeth Warren, the weaker candidate whom Trump would love to run against. Whatever the developments may be, American analysts are advising Arabs not to focus their relationship with the United States on one person and one party in the shadow of the current changes in American politics.