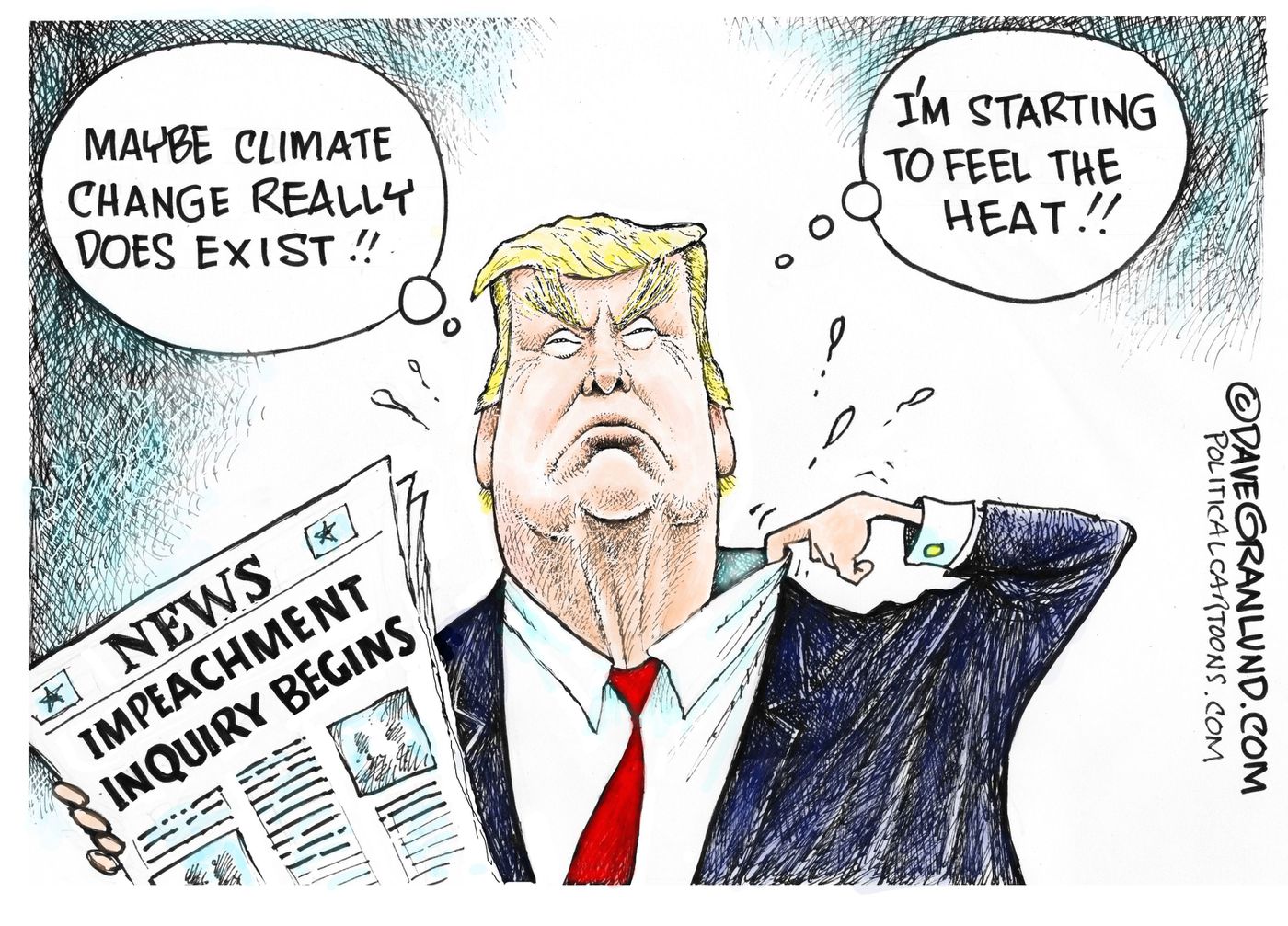 On Monday, Oct. 14, John Kasich, former Republican governor of Ohio, refused to take a stance on whether or not to impeach Donald Trump. “I would encourage the House to […] let the chips fall where they may, and then I’ll take a look at it and then have an opinion once we complete this,” he told a radio announcer in New York, who had invited him to promote his most recent book.

Four days later, Kasich called on his former colleagues in the House of Representatives to impeach the U.S. president for his abuse of power in the Ukraine affair. “I say it with great sadness,” he declared on CNN, becoming one of the most respected Republicans to speak out in favor of impeachment.

But what could have happened in those few days that would explain such a change of mind? The short answer: Chinks have begun to appear in Trump’s armor. And it is no surprise that Kasich was one of the first to see it. This man, who sought the Republican nomination in 2016, has not given up on his presidential ambitions.

Three areas where Republicans have lamented having to defend the indefensible have contributed to these chinks: Syria, Ukraine and the Group of Seven leading industrial nations. In gibberish posted late on Saturday, Oct. 19, Trump tried to patch up at least one of these chinks by giving up on the idea of holding the next meeting of the G-7 summit at Trump National Doral Miami.

“I thought I was doing something very good for our Country by using Trump National Doral […] But, as usual, the Hostile Media & their Democrat Partners went CRAZY!,” he tweeted, laughing in the face of criticism from his own party concerning a situation involving a conflict of interest that raised not just ethical questions, but also constitutional ones.

An Image of Weakness

The backing down put the finishing touch on a week where Trump projected the image of a weak president. During a meeting at the White House with congressional leaders, he congratulated himself on the aggressive tone of his Oct. 9 letter to Turkish president Recep Tayyip Erdogan, a letter in which he had warned his counterpart “Don’t be a fool!” in Syria.

The next day, those close to Erdogan made it known that the letter, deemed disrespectful, had ended up in the garbage. That was before the Turkish head of state agreed to a truce in Syria that confirmed his troops’ gains, as well as the desertion of Kurdish allies by the United States.

Mitt Romney is another Republican who has probably not given up on his presidential dreams. But he is certainly not the only one in his party who is deeply troubled by President Trump’s policy toward Syria. Mitch McConnell, majority leader in the Senate, erased all doubt on the subject when he called the withdrawal of American troops from Syria “a grave strategic mistake. It will leave the American people and homeland less safe, embolden our enemies, and weaken important alliances,” he wrote in an op-ed on Friday, Oct. 18 in The Washington Post.

From Nixon to Trump

This disagreement on Syria between Trump and Republican senators could not come at a worse time. If the House votes to impeach, the president will at the very least need to minimize the number of defections in the Senate.

Yet, his standing in the Ukraine scandal got considerably worse last week. On the one hand, officials from the Trump administration, current and former, continued to parade before members of Congress who are holding an impeachment inquiry. Most of them confirmed an abuse of power in U.S. policy toward Ukraine led by Rudolph Giuliani, the president’s personal lawyer.

On the other hand, the acting White House chief of staff, Mick Mulvaney, admitted on Thursday, Oct. 17 that $391 million in military aid was withheld from Ukraine, in part in order to force the country’s government to investigate an affair involving certain Democrats. In so doing, he contradicted Trump, who had been saying for two weeks that there was no quid pro quo.

Later, Mulvaney accused the media of misconstruing what he had said, but the damage had been done.

“You don’t hold up foreign aid that we [Congress] had previously appropriated for a political initiative. Period,” declared Republican Sen. Lisa Murkowski of Alaska.

The chinks in Trump’s armor will not stop his most loyal allies in Congress from continuing to defend him tooth and nail. But they have pushed at least one Republican representative to draw a parallel between the current situation and the Watergate scandal that forced Richard Nixon to resign.

“I’m used to being open to all points of view and making the best decision I can. But there’s … a lot of water still to flow down under the bridge on this thing,” Republican Rep. Francis Rooney of Florida told The Washington Post, suggesting that he may vote to impeach Trump. “I’ve been really mindful of the fact that during Watergate, all the people I knew said, ‘Oh, they’re just abusing Nixon, and it’s a witch hunt.’ Turns out it wasn’t a witch hunt. It was really bad.”