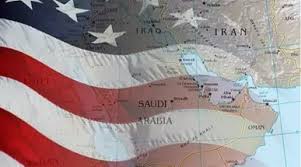 As Arabs, our problem is not the current antagonism between the United States and Europe, but the absence of a unified Arab position.

The chasm between the U.S. and Europe has widened; and as time passes, it is only growing wider, as a result of haphazard political and economic measures taken by President Donald Trump. Harmony and order endured between American and European powers over the course of a century, but we are now watching consensus wobble on the verge of collapse. Even Britain, a reliable ally, has clearly begun to state its displeasure, and is preparing for permanent withdrawal from Europe.

If that happens, it will be a huge blow to the relationship that linked America and Europe. President Trump’s years in office have increased the discord between the U.S. and Europe, and between the U.S. and other countries in the Middle East, Asia, Africa, and Latin America. Observers do not expect a single positive development in the situation in the foreseeable future, as long as Trump remains in power and continues to rule by contradictory and destructive actions. The greater problem for the U.S. and Europe will be if Trump wins a second term and continues his impromptu and clearly contradictory policies.

As Arabs, our problem is not the current antagonism between the U.S. and Europe, but the absence of a unified Arab position, and the embrace instead– by every Arab state – of its own unique policy that conflicts with the interests of Arab people, both in the East and in the West.

I contend that this will remain the case until the Arab world awakens to its role in the present and in the future, rather than assuming, as do the ignorant and those incapable of understanding the current reality, that everything is fine while it isn’t at all.

If the Arab world had been in a positive situation, it would have been able to play a constructive role in the European-American economic dispute, at the very least. Arab economic potential offers us the ability to be effective. In the past, we have seen how the Arab economy has enabled our strength during global political transitions, a strength we would have today, if Arab leaders with economic influence were more effective.

Indeed, many commentators in the U.S. and Europe speak clearly about the absence of a role for Arabs. They are searching for the factors that led to this loss and to the aforementioned inability of current Arab leaders to meet their real obligations on a local and global level.

Perhaps those words have succeeded in awakening what remains of awareness among our leaders. Perhaps our leaders have recognized the importance of Arabs on the international stage. Perhaps they have realized what they must do, both regionally and globally, after the period of stagnation that kept the Arab world from the global stage and forced us to live in unprecedented isolation.