The destruction that Typhoon Morakot brought to Taiwan received a great deal of attention from the world media, some of which included criticism of certain authorities. One piece of criticism that received the most attention was an online survey conducted by CNN, an American cable television news network. The survey [Read more]
The Sino-U.S. Naval Military Security Consultative Mechanism Special Conference was held in Beijing from August 26-27. China pointed out that there is a safety concern resulting from the U.S.'s frequent maritime surveillance and reconnaissance activities in China's exclusive economic zones, and that the only way in [Read more] 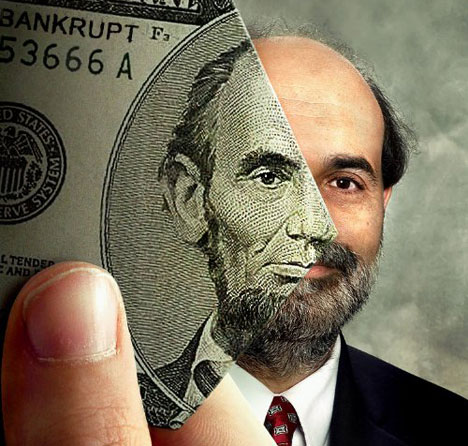 Bernanke’s non-conventional market rescue operation opened the doors up for his second term, but he must beware of currency fluctuation and the possible resulting inflation.
Recently, the news from the Korean Peninsula seems to be unceasing. South Korea's Hyundai Group Chairman Hyun's visit to North Korea got results; within the next few days, former President Kim Dae-jung, who was called “giant tree” in South Korea, passed away. Will the “sunshine policy” initiated by Kim Dae-jung [Read more]
The Kennedys are famous in American politics. Their dynasty started with Joseph Kennedy and was continued by his four sons: Joseph Jr., John, Robert and Edward. The oldest son, Joseph Kennedy Jr., had a promising political future but died while serving in WWII, leaving his brothers to carry the torch. John, Robert and [Read more]
In the latest release of Forbes magazine's list of the world's 100 most powerful women, the German prime minister Angela Merkel reclaimed - for the fourth time - the number one spot, while Secretary of State Hillary Clinton only managed to take 36th place. Some believe that because she did not succeed in claiming the [Read more]
Recently, an American bribery scandal has been a hot topic among Chinese citizens. It’s been discovered that an employee of the American self-adhesive giant, Avery Dennison Corporation, bribed a Chinese government official. Many people feel uncomfortable about the investigation into this case because it’s not being [Read more]
The U.S. State Department said on Aug 20 that it is willing to engage in direct talks with North Korea, provided that the dialogue comes within the framework of the Chinese-sponsored Six Party Talks. At a press conference, Assistant Secretary of State for Public Affairs P.J. Crowley said that America is prepared to [Read more]

Recently, U.S. Senator John Kerry proposed a resolution in Congress to express his gratitude towards COSCO (China Ocean Shipping Company) CEO Wei Jiafu. He wanted to thank COSCO for setting up shop in the port of Boston in his home state of Massachusetts, creating a local economic boom and job opportunities. [Read more]
America's first internet addiction treatment center opened recently, and while the criteria it uses to diagnose addiction were taken from a similar center in China, its treatment methods are very different from the Chinese institution's. It doesn't use electroshock therapy, forcible treatment, or medication; on the [Read more]
« 1 … 377 378 379 380 381 … 408 »