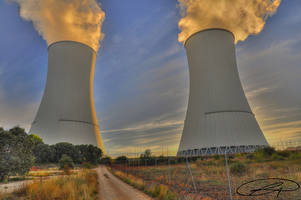 Talks between Iran and six countries including representatives from Europe and the U.S. over Iran’s nuclear program are headed towards an initial agreement, expected to emerge by the end of the month. The Obama administration hopes to reach a final agreement by the end of June and is vigorously pursuing negotiations in pursuit of that goal, but the antagonism of Republican anti-Iran diehards in Congress is complicating matters.

At the beginning of the month, Israeli Prime Minister Benjamin Netanyahu delivered a speech to Congress without cooperation from the Obama administration, which only served to fan the flames of discord. Everyone involved needs to regain their composure and refocus on good diplomacy.

Individuals in the U.S. opposed to the current Iranian administration exposed the then 18-year-long nuclear development program in 2002. The International Atomic Energy Agency expressed concerns about a weapon program in 2011. The U.S., the U.K., France, Russia, China and Germany are involved in the discussions.

In November 2013, the U.S. and Europe lifted certain sanctions on Iran in exchange for the administration freezing the production of uranium enriched above 5 percent. However, negotiations afterward stalled, and the deadline has since been extended twice.

Prime Minister Netanyahu — who is vociferously anti-Iran — caused an uproar with his recent visit to the United States. Republicans in Congress invited Mr. Netanyahu to speak without consulting the administration first, and the prime minister obliged. In his speech, Mr. Netanyahu dismissed the negotiations entirely, claiming that the deal “would all but guarantee that Iran gets [nuclear] weapons, lots of them.” President Obama did not try to hide his displeasure, making clear that diplomacy is the business of the executive branch.

Up until this point, Israel has enjoyed bipartisan support from the U.S. Congress. Mr. Netanyahu’s speech was practically begging for opposition from Democrats, and an unprecedented 60 members of the House and Senate were absent for the address.

Let alone the fact that Mr. Netanyahu’s behavior incites U.S. partisan bickering and invites further isolation for Israel, not a single good thing could be expected to come of it at all. Even if it’s seen as a publicity stunt for the elections in Israel on March 17, it’s excessively rash.

Until the end of the negotiations, these six countries, Iran, and the IAEA are stuck with each other. There’s still a lot of work to be done in the negotiations in order to meet the schedule for the final agreement. Topics that absolutely must be discussed — a timeline for the restriction of Iran’s nuclear program, the procedure for sanction cancellation on the part of the U.S. and Europe, an acceptable level of uranium enrichment for Iran to pursue — remain numerous.

This year, the Treaty on the Non-Proliferation of Nuclear Weapons turns 45 years old. If any sort of positive result is to be shown at the NPT review committee in New York this April, now is the critical moment to act.