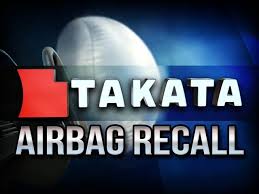 There’s been a new development in the controversy surrounding defective Takata airbags.

The U.S. Department of Transportation has announced an expansion of the recall to 34,000,000 vehicles, nearly twice the scale of recalls so far. Takata has apparently acknowledged the defects and agreed to expand the recall.

Regional recalls for passenger-side airbags have now been expanded nationwide, and the scope of the driver-side recall — already nationwide — will increase as well. This makes for the largest vehicle recall in U.S. history.

It’s the right move to abandon halfhearted recall plans in favor of an approach that will actually get the situation under control. On the other hand, the precise cause of the defect remains unclear, which does nothing to assuage end-user unease. Whether in domestic or foreign markets, Takata needs to continue to move full steam ahead in order to limit further damage and investigate the cause.

The airbags in question have a risk of causing injury to drivers or passengers due to flying shrapnel caused by an explosion of the gas release device at the moment of deployment. There have been reports of death in the U.S. as well as elsewhere.

A device intended to safeguard lives may end up taking them. This is the uncertainty that consumers face worldwide. Yet, Takata’s response remains sluggish. Its involvement has taken the form of cooperation with auto manufacturers who are conducting their own independent recalls after refusing repeated requests by U.S. authorities to expand their own recall nationwide.

Top management still isn’t discussing this problem publicly. Toyota has already gone through a recall scandal in the U.S., and the CEO held a public hearing, apologized and moved toward a solution. Why hasn’t Takata learned anything from this episode?

Shigehisa Takada, the chairman and CEO of Takata, released a comment stating, “We are committed to continuing to work closely with NHTSA and our automaker customers to do everything we can to advance the safety of drivers.”

However, without showing his face, it’s going to be difficult to earn the understanding of consumers. He needs to properly give an explanation, in public.

Apparently the expansion of this recall will have major implications for management. Automotive manufacturers, who constitute Takata’s customers, continue to distance themselves from the company, and due to the sharp rise in the production of replacement parts, there’s the possibility of losing a large chunk of the market.

Takata has been producing not only airbags, but also safety devices, including seat belts and child seats. The safety and peace of mind of the end user come first. In order to prevent any further damage to its reputation, Takata will need to return to that basic tenet.