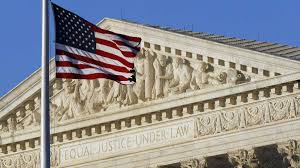 The U.S. Supreme Court settles the controversy of same-sex marriage and declares it legal in all states.

American society has taken a giant leap in the protection of civil rights. With five votes against four, the United States Supreme Court has declared the laws that prohibited same-sex marriage in various states unconstitutional. From now on, same-sex couples will have the right to marry in every state; weddings that have already been celebrated will be completely valid.

The ruling, with as much historic significance as the verdict passed in 1954 that declared racial segregation illegal, ended decades of dispute and activism by the gay movement, which has reason to be exultant.

It was just 10 years ago that only one state recognized marriage between two people of the same sex, now supported by the majority of the public. Successive rulings from the Supreme Court made the road easier, and thus same-sex marriage became legal in 36 out of the 50 states. The turning point was in 1996 with the ruling that declared unconstitutional the Defense of Marriage Act, according to which only couples consisting of one male and one female could benefit from this legal bond. Now, the Supreme Court has declared that same-sex couples have a right to marry under the protection of the 14th Amendment of the Constitution, which guarantees equality of all before the law. And with that, the matter is settled.

Also, President Obama, who has involved himself personally in this fight, has two reasons to be satisfied: The ruling arrived mere days after the Supreme Court backed health care reform, which has become the main thing for which the president will be remembered. By six votes to three, the Supreme Court declared as legal the subsidies that make up the backbone of the law and that allow the millions of Americans who need it to obtain health care coverage.